The original Cambridgeshire club, established in 1844, is classified as a first-class team from 1857 to 1871. [1] The present club, founded in 1891, has always had minor status although it has played List A matches occasionally from 1964 until 2004 but is not classified as a List A team per se. [2]

The club is based at The Avenue Sports Club Ground, March, though they have played a number of matches at Fenner's, Cambridge University's ground, and occasionally play games there still. In recent years, matches have also been held at Wisbech and Saffron Walden (in northeastern Essex).

Cricket must have reached Cambridgeshire in the 17th century. The earliest reference to the game being played there is at Cambridge University in 1710.

Outside the university, the earliest reference is a game in 1744 in the Isle of Ely, between the gentlemen of March and the gentlemen of Wisbeach, eleven of a side, for five pounds a man. [3]

Cambridge Town Club and Cambridgeshire were effectively the same team as the town club teams were representative of the county as a whole. The town club's earliest known match was against Cambridge University Cricket Club in 1819 [4] and the county name was first used for the match against Surrey in 1857. [5]

The town club was formed sometime before 1819 and eventually evolved into the original county club, which was formally established on 13 March 1844, [6] playing under the name of "Cambridge Town and County Club". [7] After 1847, the name reverted to Cambridge Town. [8]

The county club did not play matches outside East Anglia until 1857 when it played Surrey. From 1857 until 1871, the county club was recognised as holding first-class status. The club itself was dissolved in 1869 (according to James Lillywhite's Cricketers' Companion of that year) but two matches arranged in 1869 and 1871 involved playing members of the former club and the team in both these games was called Cambridgeshire by Wisden and other sources.

The club played 39 first-class matches in all, winning thirteen, losing 21 and drawing five. The most successful season was 1864, when all 3 matches played were won. The regular home ground was Fenner's. Thomas Hayward made the most appearances, playing in 35 of the matches. He also made most runs, with 1,934 at 33.34, and scored two of the four centuries made for the county, both in 1861. He and Robert Carpenter put on 212 for the 3rd wicket against Surrey at The Oval in 1861, both scoring centuries. This was the highest partnership for the county. George Tarrant took the most wickets: 197 at 12.25, plus a further 22 wickets for which the runs conceded are not known. He had match figures of 15–56 against Kent at Chatham in 1862, including 8–16 in an innings. He also took 8–45 in an innings against Surrey at Fenner's the same year. [9]

Cambridgeshire first took part in the Minor Counties Championship in the competition's fourth season, 1898, and has competed every season since with the exception of 1902 and 1920. The club was revived in 1921 with HB Hart as Secretary and HC Tebbutt as captain, despite the club's financial situation being precarious. [11] War veteran Tebbutt had debuted in 1901, but this was his final season. He later became notorious for murdering his partner and three children before killing himself. [12]

It has won the Minor Counties Championship once, in 1963. Cambridgeshire has won the MCCA Knockout Trophy twice since its inception in 1983. It won in 1995 and 2003.

The following Cambridgeshire cricketers also made an impact on the first-class game: 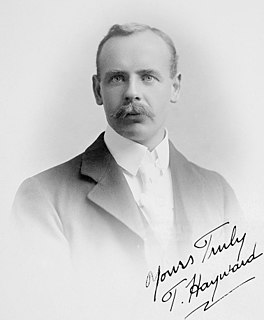 Thomas Hayward was an English first-class cricketer who was generally reckoned to be one of the outstanding batsmen of the 1850s and 1860s. In the early 1860s, he and Robert Carpenter, his county colleague, were rated as the two finest batsmen in England. Richard Daft was among those ranking them as equal first, though George Parr reckoned Carpenter the better of the two. 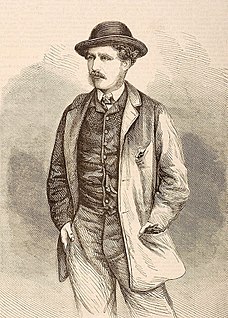 Frederick Lillywhite was a sports outfitter and cricketing entrepreneur, who organised the first overseas cricket tour by an English team and published a number of reference works about cricket.

The Napoleonic Wars had deprived cricket of investment and manpower, particularly after 1810 as the conflict in the Peninsular War reached its height and the invasion of France followed. A recovery began in 1815, the year of the Battle of Waterloo, and a more widespread return to normality can be observed from 1816, although it was not until 1825 that inter-county matches resumed when Kent played Sussex.

1864 was the 78th season of cricket in England. It was a significant year in cricket history, as it saw the legalisation of overarm bowling and the first edition of John Wisden’s Cricketers’ Almanac.

1867 was the 81st season of cricket in England since the foundation of Marylebone Cricket Club (MCC). Yorkshire achieved a perfect season in first-class cricket, something not likely to be equaled on covered pitches due to the high frequency of drawn matches, and even beforehand much more difficult due to the increased scoring after 1870, produced by the usage of a heavy roller and the disappearance of the abundant shooters, which previously made batting very tough. The season is, however, best known for a schism between the northern and southern professionals that led to the North v South game, one of the major "representative" fixtures of the time, being suspended for several years because northern professionals refused to play in London for want of better conditions.

1869 was the 83rd season of cricket in England since the foundation of Marylebone Cricket Club (MCC). The Cambridgeshire club went into demise, thougha team called Cambridgeshire later played in two specially arranged matches, in 1869 against Yorkshire and in 1871 against Surrey. After that, Cambridgeshire ceased to be a first-class team. The problem was attributed to the lack of available amateurs to back up the famous trio of Bob Carpenter, the first Tom Hayward and George Tarrant, along with the absence of useful patronage and the difficulty of obtaining membership which led to a debt deemed unpayable.

1870 was the 84th season of cricket in England since the foundation of Marylebone Cricket Club (MCC). It was in many ways a bridge between two eras of the game and, in a summer comparable for hot and dry weather to 1887, 1911, 1976 or 1995, saw W.G. Grace for the second of three successive years establish a record run aggregate, late-blooming slow bowler James Southerton become the first bowler to take 200 first-class wickets in a season and the first use of the heavy roller at Lord's. Although the heavy roller had been patented several decades earlier, its use was never seriously considered by MCC management despite many protests over the danger posed by the Lord's pitch where extremely frequent “shooters” alternated with balls that “flew” over the batsman's head. These dangerous pitches were viewed as a symbol of virility by many amateur batsmen, however; though when remembering one of W.G.’s finest innings – 66 on one of the roughest Lord’s pitches against a very strong Yorkshire attack against Yorkshire – fast bowlers Freeman and Emmett wondered how the champion was not maimed or killed outright.

1871 was the 85th season of cricket in England since the foundation of Marylebone Cricket Club (MCC). Derbyshire County Cricket Club became a first-class club and the last matches were played by Cambridgeshire, who in the days of Bob Carpenter, the first Tom Hayward and George Tarrant had been one of the leading cricket counties.

Variations in published cricket statistics have come about because there is no official view of the status of cricket matches played in Great Britain before 1895 or in the rest of the world before 1947. As a result, historians and statisticians have compiled differing lists of matches that they recognise as "unofficially" first-class. The problem is significant where it touches on some of the sport's first-class records and especially the playing career of W. G. Grace.

Cambridge Town Club (CTC) was a first-class cricket club established in Cambridge before 1817. Among notable players who represented CTC were Tom Hayward senior, Robert Carpenter and George Tarrant. It co-existed with Cambridge University Cricket Club, an entirely separate entity, and the two teams played each other on numerous occasions.

George Smith was an English first-class cricketer and umpire.