The County Cricket Ground (usually shortened to the County Ground, also known as the Racecourse Ground; currently the Incora County Ground due to sponsorship) is a cricket ground in Derby, England. It has been the home of Derbyshire County Cricket Club since 1871. The ground was first used by South Derbyshire Cricket Club in 1863 and was initially located within Derby Racecourse, although racing ceased after 1939. The ground has staged two One-Day Internationals: New Zealand against Sri Lanka during the 1983 ICC Cricket World Cup and New Zealand against Pakistan during the 1999 ICC Cricket World Cup. It was one of the venues for the 2017 ICC Women's Cricket World Cup, hosting one of the semi-finals.

The ground was also formerly used for football, and was the home of Derby County F.C. between 1884 and 1895. It staged the first ever FA Cup Final match played outside London, a replay of the 1886 Final, and hosted an international match between England and Ireland in 1895.

The ground was first used by South Derbyshire Cricket Club in 1863 and was initially located within Derby Racecourse, although racing ceased after 1939.

It also held the games of Derby County Football Club until their move to the Baseball Ground in 1895. The first FA Cup Final outside London was held at the ground in 1886 when Blackburn Rovers beat West Bromwich Albion 2-0 in a replay. England played one football international here, beating Ireland 9-0 in the British Home Championship on 9 March 1895.

The playing area used to feature pitches laid on an east–west axis. Most first-class grounds feature pitches laid north–south to avoid problems with the light from the setting sun. Derbyshire re-laid the pitch on a north–south axis over the 2009/10 winter at a cost of £100,000, ready for the 2010 season. This involved moving some of the floodlights and the electronic scoreboard to suit the new alignment. [2]

In early 2010 a large 1800 seat stand was erected at the Racecourse End of the ground. [3] This stand was taken down in late 2015 in order to make way for a new £2.2 million four storey media centre, which was completed and officially opened in September 2016. Some 1100 seats were immediately reinstated at the Pavilion End of the ground, with the remaining reinstated next to the new media centre. In February 2017 Derby Civic Society awarded a commendation in the category of Best New Build of 2016 to Derbyshire County Cricket Club for the new media centre.

A new marquee was also built in 2010, which is used for private functions and entertainment during match days. [4]

In February 2016, it was announced that the County Ground would be one of the host venues for the 2017 Women's Cricket World Cup in England. [5] Along with Bristol, Derby hosted one of the semi-finals of the tournament.

The Melbourne Cricket Ground (MCG), also known simply as "The G", is an Australian sports stadium located in Yarra Park, Melbourne, Victoria. Founded and managed by the Melbourne Cricket Club, it is the largest stadium in the Southern Hemisphere, the 11th largest globally, and the second largest cricket ground by capacity after Motera Stadium. The MCG is within walking distance of the city centre and is served by Richmond and Jolimont railway stations, as well as the route 70 tram. It is adjacent to Melbourne Park and is part of the Melbourne Sports and Entertainment Precinct. 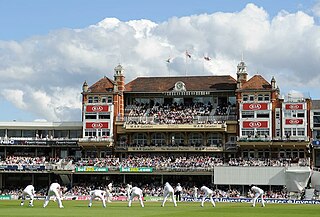 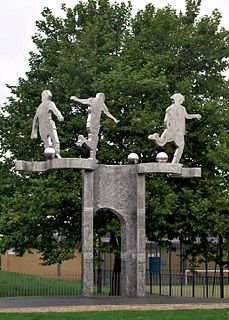 Pride Park Stadium is an all-seater football stadium in Derby, England, that is the home ground of English Football League club Derby County. With a capacity of 33,597, it is the 16th-largest football ground in England and the 20th-largest stadium in the United Kingdom. Located on Pride Park, a business park on the outskirts of Derby city centre, the stadium was built as part of the commercial redevelopment of the area in the 1990s. Derby County have played at the ground since it opened in 1997 as a replacement for their former home, the Baseball Ground. Due to sponsorship, the venue was officially known as the iPro Stadium between 2013 and 2016. 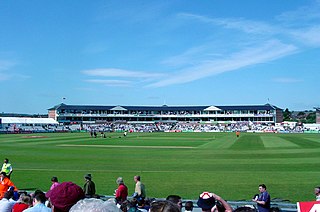 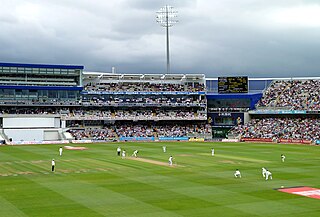 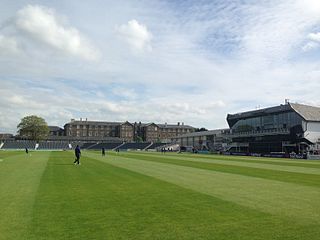 The Bristol County Ground is a senior cricket venue in Bristol, England. It is in the district of Ashley Down. The ground is home to Gloucestershire County Cricket Club.

The R. Premadasa International Cricket Stadium(RPS) is a cricket stadium on Khettarama Road, Maligawatta, Colombo, Sri Lanka. The stadium was, before June 1994, known as the Khettarama Cricket Stadium and is today one of the main venues where the Sri Lankan cricket team play, having hosted more than 100 one day international matches. It is the largest stadium in Sri Lanka with capacity of 35,000 spectators. It has hosted the 2012 ICC World Twenty20 finals between Sri Lanka and West Indies, 2002 ICC Champions Trophy finals between Sri Lanka and India and first semi final of the 2011 ICC Cricket World Cup between Sri Lanka and New Zealand. Also this is the venue where the highest Test score in the history was recorded; 952 by Sri Lanka against India. It has capacity exceeding Lord's Cricket Ground. It is nicknamed "Home of Sri Lankan cricket". 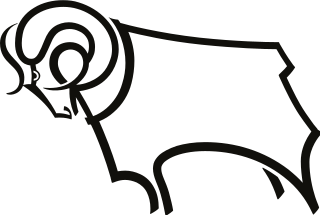 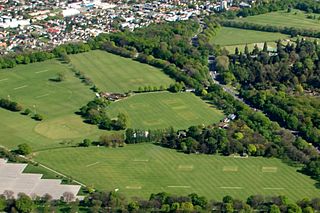 Hagley Oval is a cricket ground located in Hagley Park in the central city of Christchurch, New Zealand. The first recorded match on the ground was in 1867, when Canterbury cricket team hosted Otago cricket team. Canterbury used the ground infrequently from then through until the 1920s, but hardly stopped during World War I. 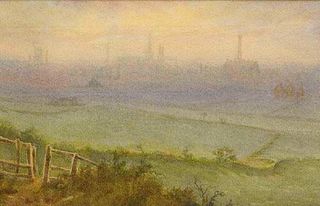 Derby Racecourse is a former horse racing venue in Derby, England, from 1848 to 1939. It was preceded by two earlier courses, at different locations.