A Twenty20 International (T20I) is an international cricket match between two teams that have official T20I status, as determined by the International Cricket Council. It is played under the rules of Twenty20 cricket and is the shortest form of the game. [1] The first such match was played on 17 February 2005 between Australia and New Zealand. [2] The England cricket team played its first T20I match on 13 June 2005, against Australia as part of Australia's 2005 Ashes tour, winning the match by 100 runs. [3]

This list is of all members of the England cricket team who have played at least one T20I match. The order is by each player name as they achieved a first Twenty20 cap; achievement by several players during the same match is arranged by surname alphabetically.

Twenty20 cricket or Twenty-20 is a shortened format of cricket. At the professional level, it was introduced by the England and Wales Cricket Board (ECB) in 2003 for the inter-county competition. In a Twenty20 game, the two teams have a single innings each, which is restricted to a maximum of 20 overs. Together with first-class and List A cricket, Twenty20 is one of the three current forms of cricket recognised by the International Cricket Council (ICC) as being at the highest international or domestic level. 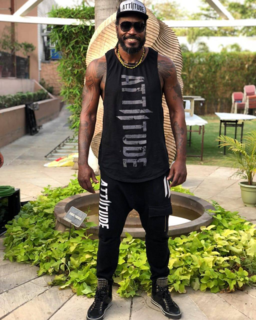 Christopher Henry Gayle, OD is a Jamaican cricketer who plays international cricket for the West Indies. Gayle captained the West Indies Test side from 2007 to 2010. Regarded as one of the best batsmen of all time, Gayle has set numerous records across all three formats of the game. He is the most capped player for the West Indies in international cricket and is the only player to score a triplet of centuries – a triple hundred in Tests, double hundred in ODIs and a hundred in T20Is. Gayle is the first ever batsman to hit 1000 sixes in T20 cricket.

The Hong Kong national cricket team is the team that represents independent Hong Kong in international competition. It played its first match in 1866 and has been an associate member of the International Cricket Council (ICC) since 1969. 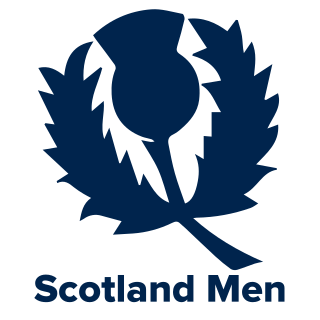 James Savin Foster is an English cricket coach and former cricketer. A wicket-keeper who played seven Tests and 11 One Day Internationals in 2001–02 and 2002–03.

The Netherlands national cricket team is the team that represents Netherlands and is administered by the Royal Dutch Cricket Association.

A Twenty20 International (T20I) is a form of cricket, played between two of the international members of the International Cricket Council (ICC), in which each team faces a maximum of twenty overs. The matches have top-class status and are the highest T20 standard. The game is played under the rules of Twenty20 cricket. Starting from the format's inception in 2005, T20I status only applied to Full Members and some Associate Member teams. However, in April 2018, the ICC announced that it would grant T20I status to all its 105 members from 1 January 2019.

Pieter Marinus Seelaar is a Dutch cricketer and current captain of the national team. He is a right-handed batsman and a left-arm orthodox spin bowler. Having played for The Netherlands at Under-15, Under-17 and Under-19 level, he made his senior debut in a C&G Trophy game against Warwickshire on 3 May 2005. He then played in the ICC Trophy later that year. He made his One Day International debut against Sri Lanka on 6 July 2006. Two years later he made his Twenty20 International debut. 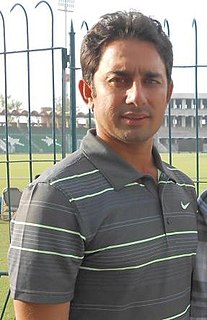 A Super Over, also called a one-over eliminator or officially a one over per side eliminator, is a tie-breaking method used in limited-overs cricket matches, where both teams play a single, additional over of six balls to determine the winner of the match. A match which goes to a Super Over is officially declared a "tie", and won by the team who score the most runs in the Super Over. If the Super Over also ends in a tie, it is followed by another Super Over. Previously, the winner was typically decided by the number of boundaries scored throughout the match. This rule was later repealed because it garnered criticism after the 2019 Cricket World Cup Final.

Mohammad Shahzad Mohammadi is an Afghan cricketer, a right-handed opening batsman who plays also as a wicketkeeper. He represents Afghanistan in international cricket. 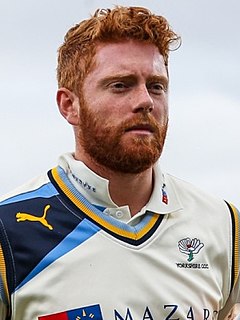 Jonathan Marc Bairstow is an English cricketer, who plays internationally for England and domestically for Yorkshire. Bairstow was part of the England squad that won the 2019 Cricket World Cup. A right-hand batsman, he is the only England wicket-keeper to twice claim nine dismissals in a Test match, against South Africa in January 2016, and against Sri Lanka in May 2016. Only Jack Russell, and Bob Taylor have claimed more in a single Test match. 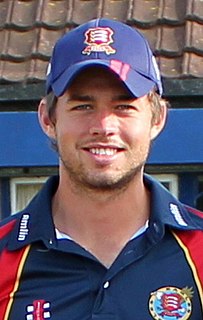 Benjamin Thomas Foakes is an English cricketer. Foakes is a right-handed batsman who fields as a wicket-keeper. He made his international debut for the England cricket team in November 2018.

Samuel Matthew Curran, is an English cricketer, who plays for Surrey, and England. Curran is a left-handed batsman and left-arm medium-fast bowler. The International Cricket Council (ICC) named Curran as one of the five breakout stars in men's cricket in 2018, and the 2019 edition of Wisden Cricketers' Almanack chose him as one of their five Cricketers of the Year. He has represented the Kings XI Punjab and Chennai Super Kings in the Indian Premier League (IPL). In April 2019, he became the youngest bowler to take a hat-trick in an IPL match, at the age of 20.

The Pakistan cricket team toured England in May 2019 to play five One Day Internationals (ODIs) and one Twenty20 International (T20I) match ahead of the 2019 Cricket World Cup. The fixtures were part of both teams' preparation for the tournament. Three matches were played against English county sides as part of the tour, with 50-over matches played against Kent and Northants, and a Twenty20 match played against Leicestershire.