After being commissioned, Reimer attended the Field Artillery Officer Orientation Course at Fort Sill. He served as assistant executive officer and executive officer, 20th Artillery, 5th Infantry Division (Mechanized) from 1963 to 1964. He was promoted to temporary first lieutenant in December 1963, followed by an assignment as assistant battalion adviser, Advisory Team 60, Military Assistance Command, Vietnam from 1964 to 1965.

Reimer was promoted to permanent first lieutenant in June 1965 and temporary captain in November 1965. He then returned to the United States to attend the Artillery Officer Advanced Course at Fort Sill and Fort Bliss from 1965 to 1966. Reimer next commanded Company C, 11th Battalion, 3rd Brigade, United States Army Training Center, Fort Benning, Georgia from 1966 to 1967. His next assignment was aide-de-camp to the commandant, Armed Forces Staff College, Norfolk, Virginia, 1967–1968.

Reimer was promoted to temporary major in September 1968 and permanent captain in June 1969. He served as executive officer and S–3, 2nd Battalion, 4th Artillery, 9th Infantry Division, United States Army Vietnam from 1968 to 1970 and as an instructor at the United States Army Field Artillery School at Fort Sill in 1970. Reimer attended the Command and General Staff College from 1970 to 1971, followed by an assignment as personnel management officer, Assignment Section, Field Artillery Branch, Office of Personnel Operations in Washington, D.C.

Reimer attended the United States Army War College from 1978 to 1979, and received his Master of Arts degree from Shippensburg State College in 1979. He was promoted to temporary colonel in August 1979 and served as deputy commander and later special assistant to the commander, V Corps Artillery, United States Army, Europe, from 1979 to 1980. Reimer was chosen to command Division Artillery, 8th Infantry Division (Mechanized) from 1980 to 1982 and was promoted to permanent colonel in March 1982. He moved on to become the division's chief of staff from 1982 to 1983.

Reimer returned to Fort Sill as deputy assistant commandant, Field Artillery Center and School from 1983 to 1984. He was promoted to permanent brigadier general in September 1984 and took up assignment as commanding general, III Corps Artillery, Fort Sill, from 1984 to 1986. He served as chief of staff, United States Army Element, Combined Field Army in the Republic of Korea in 1986, followed by assistant chief of staff, C3/J3, Republic of Korea/United States Combined Forces Command from 1986 to 1988. He received promotion to major general in September 1987 and commanded the 4th Infantry Division (Mechanized) at Fort Carson from 1988 to 1990.

Reimer has been credited with revamping the Army during a period of high-tempo deployments, including peacekeeping in Bosnia-Herzegovina and Kosovo. Reimer retired from active service in August 1999. The United States Army has named their digital library after him.

After retirement, Reimer served as director of the Oklahoma City National Memorial Institute for the Prevention of Terrorism, testifying before the Congressional Subcommittee on National Security, Emergency Threats and International Relations on April 29, 2003. He has also served on the boards of Microvision, DRS Technologies, Plato Learning and Mutual of America Life Insurance. He wrote the foreword to Thomas P. Odom's 2005 book Journey Into Darkness: Genocide In Rwanda.

Reimer is on the Board of Directors for the Arlington, Virginia-based consulting firm Detica, formerly DeticaDFI and DFI International. He is also serving as the Chairman of the Board for VirtualAgility, Inc. (VA), [3] a software development firm that provides browser-based environments that support interoperation among disparate groups and organizations. VA systems resolve several of the most urgent challenges currently facing emergency, disaster and business continuity planners. [4] He is currently the President of Army Emergency Relief [5]

The General Dennis J. Reimer Training and Doctrine Digital Library is an electronic "library without walls". The Library is the single repository of approved Army training and doctrine information. The Army Doctrine and Training Digital Library (ADTDL) is a U.S. Army Training and Doctrine Command (TRADOC) Information Management Support Council (IMSC) sanctioned project. It is the official repository of approved Army doctrine and, as described in TRADOC Regulation 350-70. This Library has been dedicated to General Dennis J. Reimer.

Reimer was honored on November 22, 2018, by the Thayer Hotel in West Point and had room number 538 dedicated in his honor. Among the speakers at the event included Lieutenant General Robert F. Foley, and Major General John G. Meyer. Some of the other notable recipients of room dedications are Colonel Buzz Aldrin (class of 1951), NASA Apollo 11 Eagle Pilot and second man to walk on the moon; James V. Kimsey (class of 1962), founder of America Online; and Lieutenant General Robert F. Foley (class of 1963), who is a Medal of Honor recipient.

Reimer is married to Mary Jo (Powers) Reimer of Fargo, North Dakota. They have two children and four grandchildren. 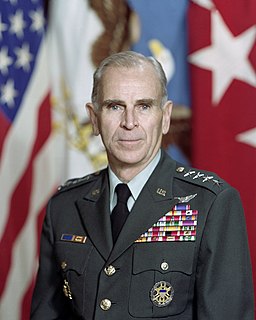 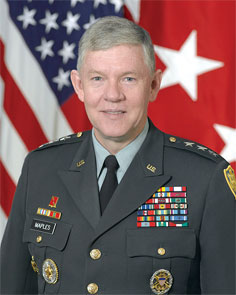 Major General Hugh Joseph Gaffey was a senior United States Army officer. He was a career officer who served in both World War I and World War II. 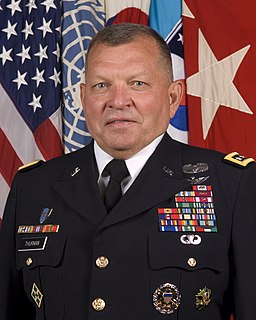 Keith W. Dayton is a retired lieutenant general in the United States Army who currently serves as the director of the George C. Marshall European Center for Security Studies in Garmisch-Partenkirchen, Germany. Dayton served as the U.S. Security Coordinator for Israel-Palestinian Authority in Tel Aviv, Israel from December 2005 to October 2010. He has also served as the Director of the Iraq Survey Group, as a senior member of the Joint Staff, and as U.S. Defense Attaché in the U.S. Embassy in Moscow, Russia. 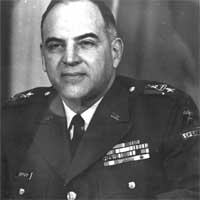 James George Kalergis was a United States Army lieutenant general. His career spanned the World War II and post-Vietnam eras, and he played a significant role in the post-Vietnam-era reorganization of the Army. 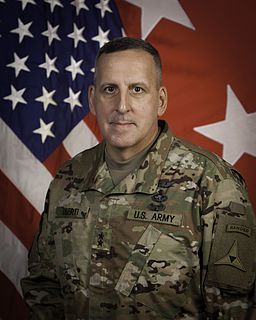 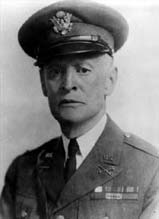 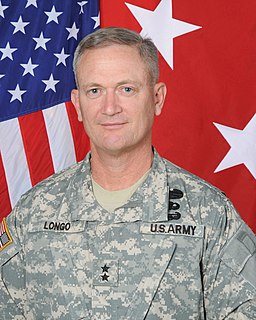 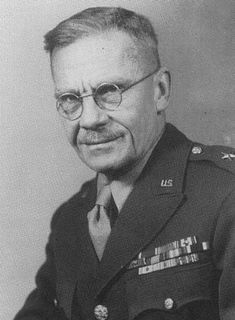 Clift Andrus was a highly decorated American United States Army general with the rank of major general. He is most noted for his service as a commander of 1st Infantry Division at the end of World War II.

Maxwell Murray was a United States Army officer, who rose to the rank of major general. Murray commanded the 25th Infantry Division during the Attack on Pearl Harbor. He was the son of Major General Arthur Murray.

Theodore Leslie Futch was a United States Army officer with the rank of brigadier general. He spent his whole army career in the Field Artillery Branch. 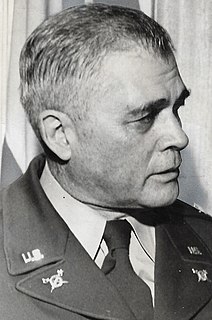