List of Sites of Special Scientific Interest in Northumberland

This is a list of Sites of Special Scientific Interest (SSSIs) in Northumberland, England. [1]

English Nature, the designating body for SSSIs in England, uses the 1974-1996 county system, and this list follows the same approach. Some sites one may expect to find here could therefore be in the County Durham or Tyne and Wear lists.

For other counties, see List of SSSIs by Area of Search. 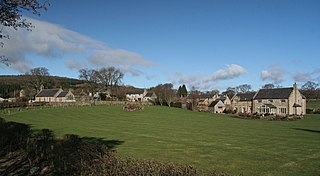 Holystone is a small village and former civil parish, now in the parish of Harbottle, in Northumberland, England. It lies on the edge of the Northumberland National Park on the north bank of the River Coquet. A significant landmark is Holy Well, traditionally the site of early Christian baptisms, and the source of Holystone's water supply. In 1951 the parish had a population of 71.