In 1912, aboard the RMS Titanic, the wealthy Winfield family heads to the United States; 20-year-old Edwina enjoys her engagement to Charles Fitzgerald and she is surrounded by her parents Kate and Bert, her brothers George and Teddy, and younger sister Alexis, who is celebrating her sixth birthday. One night, the ship hits an iceberg and soon starts to sink. While heading to the life boats, panic breaks out and Alexis is nowhere to be found. Kate convinces Edwina to go into a boat with Teddy and stays behind herself to look for Alexis. After the sinking, Edwina is able to lift George from the water and they are eventually saved by RMS Carpathia. Edwina, George and Teddy soon find out that Alexis has survived the disaster, but that their parents and Charles didn't.

Upon arriving in Boston, Edwina tries to adjust to a normal life, but the traumatic experience has a great effect on her. She is advised to send the children away to their aunt, but she is determined to raise them alone, not wanting to neglect the family newspaper company. George is planning on dropping out of high school to become a theater director and Alexis runs away from home for a night when she learns that her mother had a chance to go on a lifeboat, but chose to stay with her husband. Edwina refuses a proposal from a man named Ben Jones, explaining she still isn't over the death of her fiancée. Ten years go by. George was forced to go to Harvard University and later had to take over the newspaper. Edwina is mad at him for ignoring his responsibilities for the theater. She eventually decides to sell the newspaper and allows George to follow his dream and become a professional stage director.

At the premiere of George's first professional play, Edwina meets Sam Horowitz, the father of Helen Horowitz, the lead actress George is in love with. Alexis is seduced by the older womanizing actor Malcolm Stone, much to the distress of Edwina. The rebellious Alexis doesn't stop seeing him and she accompanies him to nightclubs, where she is introduced to cocaine. Edwina tries to break them up, but this only leads to an estrangement from her. On the day of George and Helen's marriage ceremony, she runs away from home. Edwina follows her to England and aboards a ship for the first time since the disaster. She initially refuses to leave her cabin, afraid of the memories.

The first time on the deck, she meets Englishman Patrick Kelly. He immediately shows interest in her, but she is still reluctant to allow herself to love someone. In London, they spend all their time looking for Alexis and find out she is heading to Paris for the weekend. In the meantime, she agrees to stay with Patrick and they give in to their feelings for each other. Although knowing he is a married man, she spends a few nights with him and then reluctantly leaves him. She eventually locates Alexis and finds out she is married to Malcolm. She threatens to sue him for kidnapping and rape and tries to convince Alexis to go with her. Before leaving with her, Alexis admits that Malcolm drugged her. Back in Boston, the Winfield family is finally reunited and George and Helen announce they will have a baby. Edwina stops being mad at her mother for not going into a lifeboat and she is courted by Sam.

Filming took place in Montreal and Los Angeles. [1] All of the special effects scenes featuring the RMS Titanic that did not include any of the main cast members were edited from S.O.S. Titanic (1979). [2] However, scenes from A Night to Remember (1958) and Munster, Go Home! (1966) were edited into the film as well. [3]

Margaret Brown, posthumously known as "The Unsinkable Molly Brown", was an American socialite and philanthropist. She unsuccessfully encouraged the crew in Lifeboat No. 6 to return to the debris field of the 1912 sinking of RMS Titanic to look for survivors. During her lifetime, her friends called her "Maggie", but even by her death, obituaries referred to her as the "Unsinkable Molly Brown". The reference was further reinforced by a 1960 Broadway musical based on her life and its 1964 film adaptation which were both entitled The Unsinkable Molly Brown.

Harold Sydney Bride was a British sailor and the junior wireless officer on the ocean liner RMS Titanic during its ill-fated maiden voyage. 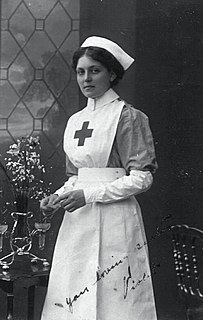 Violet Constance Jessop was an Argentine ocean liner stewardess, memoirist, and nurse who is known for surviving the disastrous sinkings of RMS Titanic in 1912 and her sister ship HMHS Britannic in 1916. In addition, she had been onboard RMS Olympic, the eldest of the three sister ships, when it collided with a British warship, HMS Hawke, in 1911. 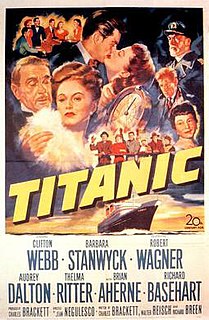 Titanic is a 1953 American drama film directed by Jean Negulesco and starring Clifton Webb and Barbara Stanwyck. Its plot centers on an estranged couple sailing on the ill-fated maiden voyage of the RMS Titanic, which took place in April 1912.

Titanic is a 1996 American two-part television miniseries which premiered on CBS on November 17 and 19, 1996. It focuses on several characters aboard the RMS Titanic during her maiden voyage in 1912. The miniseries was directed by Robert Lieberman. The original music score was composed by Lennie Niehaus. 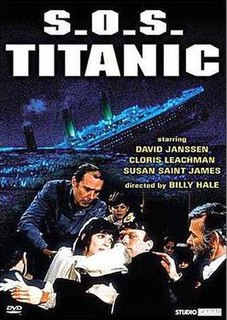 S.O.S. Titanic is a British-American 1979 drama disaster television movie that depicts the doomed 1912 maiden voyage from the perspective of three distinct groups of passengers in First, Second, and Third Class. The script was written by James Costigan and directed by William Hale. It is the first Titanic film to be filmed and released in color.

Rosalie Ida Straus was an American homemaker and wife of the co-owner of the Macy's department store. She and her husband, Isidor, died on board the RMS Titanic.

Titanic: The Long Night is a 1998 romance novel by Diane Hoh. It is an entirely fictional story set aboard on the real ship, Titanic. 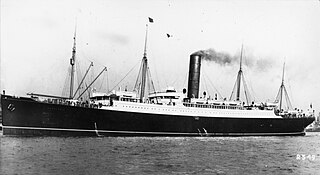 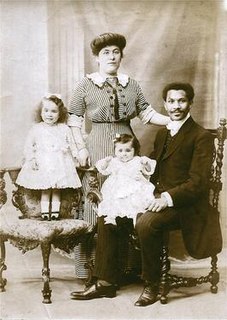 Joseph Philippe Lemercier Laroche was a Haitian engineer. He was one of only three passengers of known Haitian ancestry on the ill-fated voyage of RMS Titanic. He put his pregnant French wife and their two daughters onto a lifeboat; they survived, but he did not. Joseph's daughter, Louise Laroche was one of the last remaining survivors of the sinking of RMS Titanic.

Vanished, also known as Danielle Steel's Vanished, is a 1995 American made-for-television romantic drama film directed by George Kaczender and starring George Hamilton, Robert Hays and Lisa Rinna. The film is based on the 1993 novel of the same name by Danielle Steel.

No Greater Love is a novel by Danielle Steel. It tells a fictional story based on the true event of the sinking of the RMS Titanic. It is Steel's 28th novel.

Joseph Zupicich was a crewmember on the RMS Carpathia when RMS Titanic survivors boarded the liner after being rescued on April 15, 1912 from lifeboats by the Carpathia crew.

The Legend of the Titanic is a 1999 animated film directed by Orlando Corradi and Kim J. Ok. The film is a very loose adaptation of the RMS Titanic sinking and featured several fantasy elements such as anthropomorphic animals. 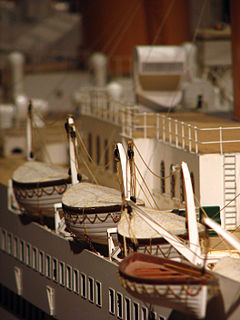 Titanic Lifeboat No. 1 was a lifeboat from the steamship RMS Titanic. It was the fourth boat launched to sea, over an hour after the liner collided with an iceberg and began sinking on 14 April 1912. With a capacity of 40 people, it was launched with only 12 aboard, the fewest to escape in any one boat that night. 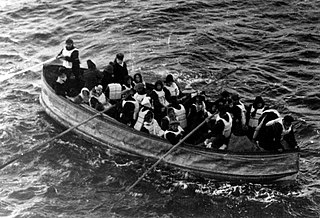 The lifeboats of the RMS Titanic played a crucial role in the disaster of 14–15 April 1912. The ship had 20 lifeboats that, in total, could accommodate 1,178 people, approximately half of the 2,208 on board the night it sank. RMS Titanic had a maximum capacity of 3,547 passengers and crew. 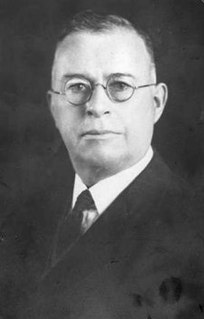 Dickinson H. Bishop was an American businessman who traveled on board the ill-fated maiden voyage of the RMS Titanic while on his honeymoon with bride Helen, née Walton. They both survived the sinking of the Titanic on 15 April 1912.

George Thomas Macdonald Symons was a British sailor who worked as a lookout on board the ill-fated RMS Titanic. Symons, who was 24 at the time of the sinking of the ship, was put in charge of one of the first lifeboats to be launched, lifeboat #1. The boat was an emergency cutter which was launched with only 12 people on board, including seven crew members, and had gained notoriety after the disaster.

William Thomson Sloper was an American stockbroker and survivor of the sinking of the RMS Titanic. Sloper, who was 28 when the Titanic sank, traveled as a first-class passenger and was saved after boarding lifeboat #7, the first to be launched from the vessel.