Ranks and insignia of NATO

Ranks and insignia of NATO are combined military insignia used by the member countries of the North Atlantic Treaty Organization.

The rank scale is used for specifying posts within NATO.

NATO maintains a "standard rank scale" in an attempt to match every member country's military rank to corresponding ranks used by the other members. [1] The rank categories were established in a 1978 document entitled STANAG 2116 (formally titled NATO Codes for Grades of Military Personnel).

Comparison to US system

The numbers in the system broadly correspond to the U.S. uniformed services pay grades, with OR-x replacing E-x. The main difference is in the commissioned officer ranks, where the US system recognises two ranks at OF-1 level (O-1 and O-2), meaning that all O-x numbers after O-1 are one point higher on the US scale than they are on the NATO scale (e.g. a major is OF-3 on the NATO scale and O-4 on the US scale).

Fregattenkapitän, short: FKpt / in lists: FK, is the middle field officer rank in the German Navy.

The following are the ranks and insignia of NATO Air Forces Enlisted personnel for each member nation.

Each officer rank in the navy of a NATO country may be compared with the ranks used by any military service in other NATO countries, under a standardized NATO rank scale. This is useful, for instance, in establishing seniority amongst officers serving alongside each other within multinational command structures.

This table shows the ranks and insignia of NCOs and Seaman in the navies of member countries of NATO. NATO maintains a "standard rank scale" in an attempt to match every member country's military rank to corresponding ranks used by the other members. The rank categories were established in the document STANAG 2116, formally titled NATO Codes for Grades of Military Personnel.

Taxiarch, the anglicised form of taxiarchos or taxiarchēs is used in the Greek language to mean "brigadier". The term derives from táxis, "order", in military context "an ordered formation". In turn, the rank has given rise to the Greek term for brigade, taxiarchia. In Greek Orthodox Church usage, the term is also applied to the Archangels Michael and Gabriel, as leaders of the heavenly host, and several locations in Greece are named after them.

Fähnrich is an officer candidate rank in the Austrian Bundesheer and German Bundeswehr. The word Fähnrich comes from an older German military title, Fahnenträger, and first became a distinct military rank in Germany on 1 January 1899. However, Fähnrich ranks are often incorrectly compared with the rank of ensign, which shares a similar etymology but is a full-fledged commissioned officer rank.

Pay grades are used by the eight uniformed services of the United States to determine wages and benefits based on the corresponding military rank of a member of the services. While different ranks may be used among the eight uniformed services, pay grades are uniform and equivalent between the services and can be used to quickly determine seniority among a group of members from different services. They are also essential when determining a member's entitlements such as basic pay and allowances. 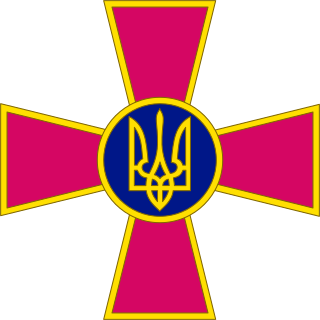 The military ranks of Ukraine were created in March 1992 after Ukraine adopted the law "About Universal Military Duty and Military Service". The rank structure of the Ukrainian Armed Forces originally corresponded to the generic military rank structure of the Soviet Union. Since then the rank system has been overhauled and, as of 2022, follows a NATO standardization.

Rank comparison chart of all armies and land forces of the European Union member states.

Rank comparison chart of non-commissioned officers (NCOs) and enlisted personnel for all armies and land forces of the European Union member states.

Rank comparison chart of all navies of the European Union member states.

Rank comparison chart of all navies of the European Union member states. Some EU member states do not have naval forces, either because they are landlocked Austria, the Czech Republic, Hungary, Luxembourg and Slovakia.