He is director of the popular TV serials Nukkad (Street Corner) (1986) and Intezaar (Wait) (1988), along with various documentary films on social welfare and cultural activism. He is also a trustee of ANHAD, a Delhi-based NGO working for communal harmony. [3]

Saeed was born in 1943, in Mumbai, Maharashtra to Akhtar Mirza, noted screenwriter himself, who won the Filmfare Best Story Award for Waqt (1965).

After working in advertising for some time, Mirza joined the Film and Television Institute of India (FTII), Pune, India, from where he graduated in 1976. Subsequently, later in his career, he also taught at the institute, going on to become chairman of the premier institute. [1]

Saeed Akhtar Mirza started his career as a documentary film maker in 1976, graduating to films with the acclaimed Arvind Desai Ki Ajeeb Dastaan (1978), about the frustrations of an idealistic youth caught in the trap of a feudal money culture. It won the Filmfare Critics Award for Best Movie for the year. This was followed by Albert Pinto Ko Gussa Kyoon Aata Hai (1980), about an angry youth, in search of his class and ethnic identifications. This too won the Filmfare Critics Award for Best Movie. Next in this series of his based on the urban middle class, came his satire on the Indian judicial system, Mohan Joshi Hazir Ho! (1984), an old couple which struggles for years in their legal case that runs for years under a corrupt judiciary, in nexus with real-estate developer. Set in the urban ‘middle class’, his film chronicled their struggles and search of identity in a rapidly changing landscape and economic conditions. Then finally in his angst-ridden movies came, Salim Langde Pe Mat Ro (1989), starring Pawan Malhotra, an archetypal Muslim youth caught in the circle of crime and recrimination, and their collective state amidst growing communalism, ghetto mentality, and a search for an ethnic identity which does not clash with a national identity. [4]

Meanwhile, he directed and produced popular TV serials Nukkad (Street Corner) (1986) and Intezaar (Wait) (1988), the first was set in lower middle class of various communities, which meet at a street corner in Mumbai suburb, shared their struggle of everyday survival in a harsh world, and was a big hit. He has lectured widely on Indian cinema at universities in India and The US. He contributes regularly to Indian newspapers and magazines on current political debates and through film reviews.

His last film Naseem was released way in 1995 set in collapsing secular structure post Babri Masjid demolition era. The film was featured in Avijit Ghosh's book, 40 Retakes, Bollywood Classics you May Have Missed. After that as he put it, "The demolition of the Babri Masjid was the last straw. Naseem was almost like an epitaph. After the film, I had really nothing to say. I needed to regain my faith and retain my sanity. So I decided to travel around India and document it on a video camera". [5] Subsequently he devoted his time to travelling, writing and making documentaries. Later started on his autobiographical work, [6] finally released in 2008, as his maiden novel named Ammi: Letter to a Democratic Mother which is about the memories of his mother who died in 1990 and a series of vignettes comprising Sufi fables, childhood memories. [7] [8]

Saeed Akhtar Mirza is the life member of International Film And Television Club of Asian Academy of Film & Television. Currently he is making film, Ek Tho Chance [5]

His father Akhtar Mirza was a noted film script writer, with credits like Naya Daur and Waqt . His brother is Aziz Mirza, the Bollywood Director responsible for launching Shahrukh Khan, after directing the 1989 television serial Circus .

He lives in Mumbai and Goa with his wife Jennifer. His sons Safdar and Zahir live in New York and Dubai, respectively.

Filmfare Critics Award for Best Film is award during annual Filmfare Awards, given by the Filmfare magazine. The awards are the oldest and most prominent film awards given for Hindi films in India. The yearly awards started in 1954. Movie awards were first given by popular vote. Many complained that films of artistic merit rather than commercial appeal were being overlooked, hence a new award category was added, the Critics Award for Best Film.

Rohini Hattangadi is an Indian actress, known for her work in Marathi-language and Hindi Films, Television and Theatre. She has won two Filmfare Awards, one National Film Award, and is the only Indian actress to win the BAFTA Award for Best Actress in a Supporting Role for her performance as Kasturba Gandhi in Gandhi (1982). An alumna of the National School of Drama of New Delhi, Hattangadi had worked mainly in theatre when she made her movie debut with Arvind Desai Ki Ajeeb Dastaan in 1978. Some of her noted cinematic roles were in such art films as Arth (1982), Party and Saaransh (1984). Hattangadi was mostly offered character roles in mainstream Hindi cinema after her portrayal in Gandhi, often typecast in mother roles much ahead of her years. Respected for her acting prowess, she has appeared in over 80 feature films, and is active in theatre and television.

Kundan Shah was an Indian film director and writer. He is most known for his comedy classic Jaane Bhi Do Yaaro (1983) and his 1985–1986, TV series Nukkad with Saeed Akhtar Mirza.

Aziz Mirza is an Indian film screenwriter, director, and producer known for his works in bollywood, and television.

Mohan Joshi Hazir Ho! is a 1984 Hindi art film, made by Saeed Akhtar Mirza, based on his own story, during the Parallel Cinema period of Indian cinema.

Arvind Desai Ki Ajeeb Dastaan is a 1978 Hindi Language film, directed by Saeed Akhtar Mirza and starring Dilip Dhawan, Anjali Paigankar, Sriram Lagoo, Rohini Hattangadi, Satish Shah and Om Puri. The Film explores the life of a guy born with a silver spoon, but no talent as his businessman father. 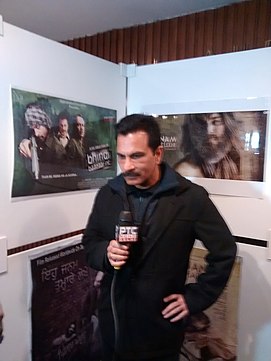 Pavan Malhotra is a Hindi film and television actor. He has played lead roles in Buddhadeb Dasgupta's National Film Award-winning Bagh Bahadur and Saeed Akhtar Mirza's Salim Langde Pe Mat Ro, both released in 1989. He is famous for his role as the cold-blooded mafia don Irfan Khan in the Telugu blockbuster Aithe (2003) and in his acclaimed role of Tiger Memon in Black Friday (2004). In 2005, he acted in the Telugu movie Anukokunda Oka Roju as a Tantrik.

Albert Pinto Ko Gussa Kyoon Aata Hai is a 1980 Bollywood film directed by Saeed Akhtar Mirza based on his own story. The film starred Naseeruddin Shah, Shabana Azmi and Smita Patil as leads.

The 26th Filmfare Awards were held in 1979. Raj Khosla's Main Tulsi Tere Aangan Ki was named the Best Film of the Year. Amitabh Bachchan won his second consecutive Best Actor Award for his double role in Don. Satyajit Ray won his sole Best Director Award for Shatranj Ke Khiladi. The event is also notable as Nutan became the first actress in the history of Indian Cinema to win the Filmfare Award for Best Actress five times, breaking the record held by Meena Kumari for 13 years.

Akhtar Mirza was a writer of stories for Bollywood Hindi films. He won the Filmfare award for best story for the 1965 film Waqt. He is the father of National Award-winning director Saeed Akhtar Mirza and the commercially successful film-maker Aziz Mirza, who was responsible for launching the career of Shah Rukh Khan.

Haidar Ali, also credited as Hyder Ali and Haider Ali, is an Indian film and television actor and screenwriter. He acted in an early Doordarshan TV Serial Nukkad (1986–87) as Raja. Later, Haidar Ali wrote the story of Ashutosh Gowarikar's historic film, Jodhaa Akbar (2008). He also had a cameo in the movie song Khwaja Mere Khwaja.

Avtar Gill is an Indian actor. He known for his works in television serials and films. He has done many plays with IPTA Mumbai 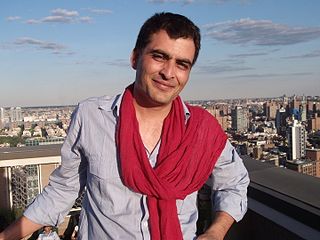 Manav Kaul is an Indian theatre director, playwright, author, actor and filmmaker. He was nominated at the 63rd Filmfare Awards for Best Supporting Actor for his film Tumhari Sulu (2017).

Anjali Paigankar is a Hindi and Marathi film actress.

Ajay Wadhavkar was a Hindi and Marathi film and television actor.

Virendra Saini is a double National Film Award winner; the first as a cinematographer, and the second as a director. He has done the cinematography for quite a few acclaimed filmmakers, including Saeed Mirza 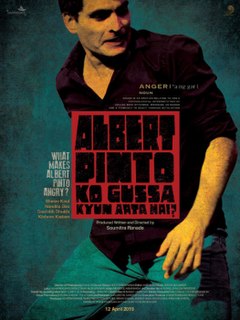 Albert Pinto Ko Gussa Kyun Aata Hai? is a 2019 Indian Hindi-language crime drama film written, co-produced and directed by Soumitra Ranade. Inspired by the 1980 film of the same name by Saeed Akhtar Mirza, the film starts Manav Kaul as Albert Pinto and Nandita Das, Saurabh Shukla, Kishor Kadam and Omkar Das Manikpuri in the lead and supporting roles. It was premiered at the Singapore South Asian Film Festival and was released theatrically in India on 12 April 2019.