Sheridan's is a liqueur first introduced in 1994. It is produced in Dublin by Thomas Sheridan & Sons. [1]

The idea was originally conceived in the 1980s by Pat Rigney (director of Research and Development for Bailey), to add another product to the single branded company. Production started in 1989 and the new facilities were built for the production at the cost of 2 million (As of 1996 [update] ). The company was not able to find an Irish company who could make the glass bottles, so the original bottles were made in Italy. Currently, bottles are made in France and England. [2] 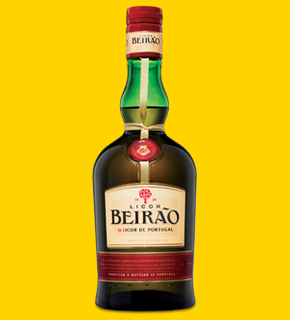 The Tom Collins is a Collins cocktail made from gin, lemon juice, sugar, and carbonated water. First memorialized in writing in 1876 by Jerry Thomas, "the father of American mixology", this "gin and sparkling lemonade" drink is typically served in a Collins glass over ice. A "Collins mix" can be bought premixed at stores and enjoyed alone or with gin.

A bottle is a narrow-necked container made of an impermeable material in various shapes and sizes to store and transport liquids and whose mouth at the bottling line can be sealed with an internal stopper, an external bottle cap, a closure, or a conductive "inner seal" using induction sealing. Some of the earliest bottles appeared in China, Phoenicia, Crete, and Rome.

Baileys Irish Cream is an Irish cream liqueur – an alcoholic drink flavoured with cream, cocoa, and Irish whiskey – made by Diageo at Nangor Road, in Dublin, Ireland and in Mallusk, Northern Ireland. Owned by Gilbeys of Ireland, the trademark is currently owned by Diageo. It has a declared alcohol content of 17% by volume. 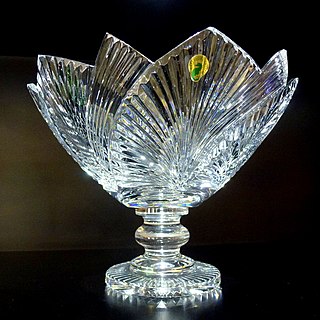 Virginia is a town in County Cavan, Ireland. Founded in the 17th century as a plantation town, it now holds both local industry and commuter housing. 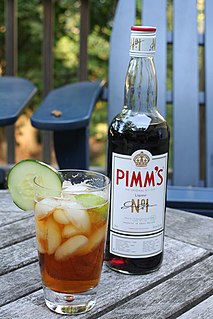 Pimm's is an English brand of gin-based fruit cup, but may also be considered a liqueur, or the basis of a sling or punch. It was first produced in 1823 by James Pimm and has been owned by Diageo since 1997. Its most popular product is Pimm's No. 1 Cup. 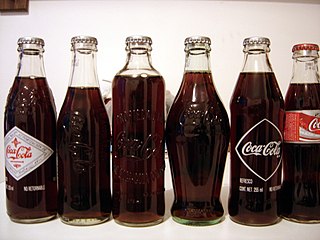 A liqueur coffee is beverage that consists of coffee and a shot of liqueur. It is typically served in a liqueur glass, accompanied many times with cream and sugar. Coffee liqueur beverages are served in different fashions and can be found throughout many countries. One of the most popular liqueur coffee beverage is commonly known as Irish Coffee. Liqueur coffee beverages are largely classified as cocktails as well as digestifs which are aimed at aiding the digestive process typically after a meal. 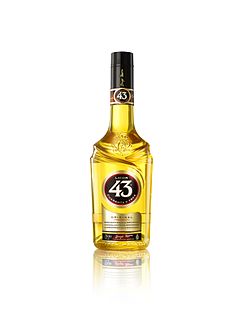 Licor 43, or Cuarenta y Tres, is a Spanish liqueur, made in Cartagena, Spain. Also known as Colt 43.

Chocolate liqueur is a liqueur that tastes like chocolate.

Davide Campari-Milano N.V., trading as Gruppo Campari, is an Italian company active since 1860 in the branded beverage industry. It produces spirits, wines, and soft drinks. From its signature product, Campari Bitter, its portfolio has been extended to include over 50 brands, including Aperol, Appleton, Campari, Dreher, Cinzano, SKYY Vodka, Espolón, Wild Turkey and Forty Creek Whisky. 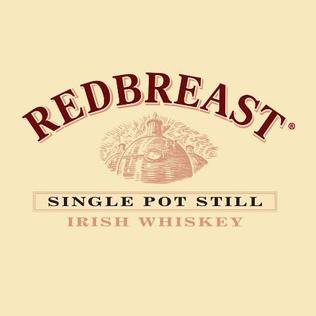 A Spritz Veneziano or Aperol Spritz, also called just Spritz, is an Italian wine-based cocktail, commonly served as an aperitif in Northeast Italy. It consists of prosecco, Aperol and soda water.

Mannok, formerly the QUINN group, is a business group headquartered in Derrylin, County Fermanagh, Northern Ireland. The group has ventured into cement and concrete products, container glass, general insurance, radiators, plastics, hotels, and real estate. It was formed by Seán Quinn in 1973, developing from a small quarrying operation in Derrylin into a large organization, employing over 8,000 people in various locations throughout Europe.

Irish Mist is a brown Whiskey Liqueur produced in Dublin, Ireland, by the Irish Mist Liqueur Company Ltd. In September 2010 it was announced that the brand was being bought by Gruppo Campari from William Grant, only a few months after Grants had bought it from the C&C Group. It is made from aged Irish whiskey, heather and clover honey, aromatic herbs, and other spirits, blended to an ancient recipe claimed to be 1,000 years old. Though it was once 80 US proof, Irish Mist is now 35% or 70 US proof. The bottle shape has also been changed from a "decanter" style to a more traditional whiskey bottle shape. It is currently available in more than 40 countries.

Lucas Bols N.V. is a Dutch public company in the business of production, distribution, sales and marketing of alcoholic beverages. It claims to be the oldest distillery brand in the world. Its brand portfolio consists of Bols, Galliano, Vaccari, Pisang Ambon, Gold Strike and a large group of Dutch genevers and liqueurs. It produces about 3 million cases a year, with yearly revenues exceeding 95 million euros. 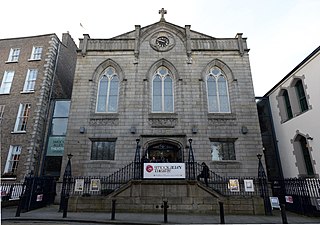 Since the 17th century there have been numerous theatres in Dublin with the name of Smock Alley. 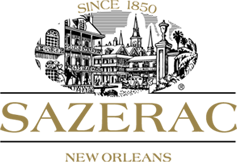