The Woman Between (1931 British film)

The Woman Between is a 1931 British drama film directed by Miles Mander and starring Owen Nares, Adrianne Allen and David Hawthorne. It was made at Elstree Studios by British International Pictures, the leading studio of the era. [1] Mander adapted the film from Miles Malleson's 1925 play Conflict. The film is notable for its sexual and political content which has been attributed to a brief period of relaxation in oversight by the BBFC. It was one three similarly themed films which Allen appeared in at the time including Loose Ends and The Stronger Sex . [2]

An aristocratic young woman becomes romantically torn between two men, once friends at University, who stand for the Conservative Party and Labour Party in an election. Both have murky recent pasts, one having been a petty thief and the other had lived outside of marriage with the heroine. Her father is left bemused by the morals of the younger generation.

William Miles Malleson was an English actor and dramatist, particularly remembered for his appearances in British comedy films of the 1930s to 1960s. Towards the end of his career he also appeared in cameo roles in several Hammer horror films, with a fairly large role in The Brides of Dracula as the hypochondriac and fee-hungry local doctor. Malleson was also a writer on many films, including some of those in which he had small parts, such as Nell Gwyn (1934) and The Thief of Bagdad (1940). He also translated and adapted several of Molière's plays. 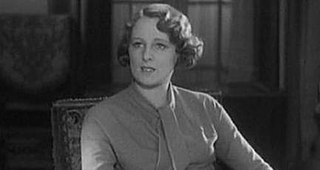 Vintage Wine is a 1935 British comedy film directed by Henry Edwards and starring Seymour Hicks, Claire Luce, Eva Moore and Judy Gunn. The film was made at Julius Hagen's Twickenham Studios, but was released by Gaumont British Distributors which was the largest British film company at the time. The film was loosely based on a German play by Alexander Engels, which also formed the basis of the 1934 West End comedy by Ashley Dukes and Seymour Hicks.

The Mayor's Nest is a 1932 British comedy film directed by Maclean Rogers and starring Sydney Howard, Claude Hulbert and Al Bowlly. It was made at Elstree Studios. A trombonist becomes mayor of a small town, but he struggles to cope with municipal issues.

The Morals of Marcus is a 1935 British comedy film directed by Miles Mander and starring Lupe Vélez, Ian Hunter and Adrianne Allen. The screenplay concerns an archaeologist who finds a woman hiding in his luggage who has escaped from a harem and they eventually fall in love and marry. The Morals of Marcus was previously filmed twice as silents in 1915 with Marie Doro and in 1921 with May McAvoy. 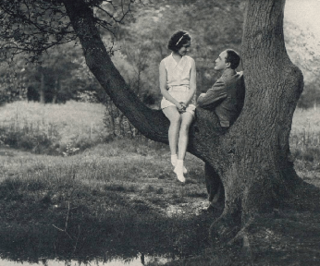 The Love Contract is a 1932 British musical film directed by Herbert Selpin and starring Winifred Shotter, Owen Nares and Sunday Wilshin. The screenplay concerns a young woman who becomes the driver of a wealthy stockbroker who lost her family's savings. It was based on a play by Jean de Letraz, Suzette Desty and Roger Blum. It was produced by Herbert Wilcox's company British & Dominions Film Corporation. Alternate language versions were made in French and in German, both of which were also directed by Selpin.

Death Drives Through is a 1935 British sports drama film directed by Edward L. Cahn and starring Chili Bouchier, Robert Douglas and Miles Mander. It was made as a quota quickie by the independent producer Clifford Taylor at Ealing Studios. The racing scenes were shot at Brooklands. 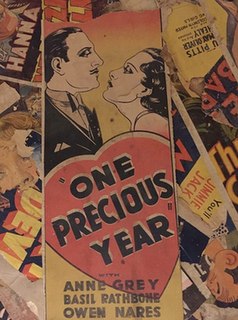 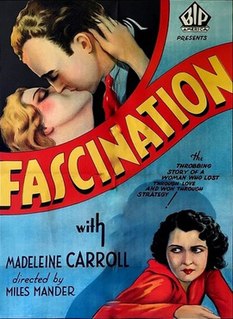 The Case for the Crown is a 1934 British crime film directed by George A. Cooper and starring Miles Mander, Meriel Forbes and Whitmore Humphries. It was made at British and Dominions Elstree Studios as a quota quickie for release by Paramount Pictures.

Loose Ends is a 1930 British drama film directed by Norman Walker and starring Edna Best, Owen Nares and Miles Mander. It was made at Elstree Studios.