The film was followed by many others involving the story of Captain Hugh 'Bulldog' Drummond; however, because of the various production companies involved, the actor playing Bulldog was frequently changed.

It premiered at the Tivoli Theatre in London on 15 July 1935 [1] and reached the US in September the same year, renamed Alias Bulldog Drummond. [2]

Bulldog Drummond (Atholl Fleming) is injured when his car that has been sabotaged is involved in a crash. When Jack Pennington (Jack Hulbert) agrees to masquerade as the sleuth, he is enlisted to help Ann Manders (Fay Wray) find her jeweller grandfather who has been kidnapped by a gang of crooks who want him to copy a valuable necklace they want to steal. Their plan backfires in the British Museum and the film climaxes in a chase on a runaway train in the London Underground.

The London Underground as a Key Element

A fictional closed Tube station (Bloomsbury) is featured as an important part of the staging of the film, being part of an intricate hideaway for the bad guys. The Underground becomes a key element in the film when the trail "Bulldog" and his assistant are on leads them to the boarded-up street entrance of a closed "Bloomsbury" station; the dapper detectives in tophats and tails ride the Tube circuit back around to the nearest station to the closed one, and then sneak onto the tracks headed to the closed platform. Part way there, a train appears down the tunnels and the men hastily climb onto the tube walls and lay flat, only to see the train disappear one car after another, switching to another Tube line.

In a short but memorable scene, "Bulldog" turns a table upside-down and rides the long spiral staircase all the way to the bottom, passing two crooks on the way, and sliding across the platform and tumbling onto the tracks. The film's smashing climax is on a runaway train in the Tube, and throughout the scene the point of view is from the front of the train.

In all, Bulldog Jack shows the basic appearance of the Underground in the 1930s and WWII, including the seemingly endless spiral staircases and other features that most Londoners would have been familiar with.

The reviewer for The Times wrote: "The progress of this picture is like many a left-hander's innings – slow and quite unconvincing at the start, but providing some highly entertaining fireworks before the finish." [1] 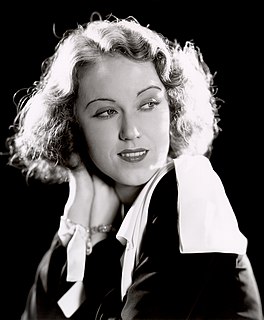 The spy film genre, also known sometimes as an espionage film, deals with the subject of fictional espionage, either in a realistic way or as a basis for fantasy. Many novels in the spy fiction genre have been adapted as films, including works by John Buchan, le Carré, Ian Fleming (Bond) and Len Deighton. It is a significant aspect of British cinema, with leading British directors such as Alfred Hitchcock and Carol Reed making notable contributions and many films set in the British Secret Service.

Mornington Crescent is a London Underground station in Somers Town in north west London, named after the nearby street. The station is on the Charing Cross branch of the Northern line, between Euston and Camden Town. It is in Travelcard Zone 2.

Bethnal Green is a London Underground station in Bethnal Green, London, served by the Central line. It lies between Liverpool Street and Mile End stations, is in Travelcard Zone 2, and is open 24 hours on a Friday and Saturday as part of the Night Tube service. The station was opened as part of the long planned Central line eastern extension on 4 December 1946, having previously been used as an air-raid shelter. On 3 March 1943, 173 people, including 62 children, were killed in a crush while attempting to enter the shelter, in what is believed to be the largest loss of civilian life in the UK during the Second World War.

British Museum was a station on the London Underground, located in Holborn, central London. It was latterly served by the Central line and took its name from the nearby British Museum in Great Russell Street. 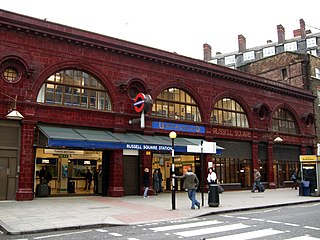 Russell Square is a London Underground station opposite Russell Square on Bernard Street, Bloomsbury, in the London Borough of Camden. The station is on the Piccadilly line, between Holborn and King's Cross St Pancras and is in Travelcard Zone 1.

London has been used frequently both as a filming location and as a film setting. These have ranged from historical recreations of the Victorian London of Charles Dickens and Sherlock Holmes, to the romantic comedies of Bridget Jones's Diary and Notting Hill, by way of crime films, spy thrillers, science fiction and the "swinging London" films of the 1960s.

Drayton Park is a National Rail station in Highbury, in the London Borough of Islington. It is on the Northern City Line between Highbury & Islington and Finsbury Park stations, 2 miles 56 chains (4.3 km) down the line from Moorgate; it is in Travelcard Zone 2.

Hugh "Bulldog" Drummond is a fictional character, created by H. C. McNeile and published under his pen name "Sapper". Following McNeile's death in 1937, the novels were continued by Gerard Fairlie. Drummond is a First World War veteran who, fed up with his sedate lifestyle, advertises looking for excitement, and becomes a gentleman adventurer. The character has appeared in novels, short stories, on the stage, in films, on radio and television, and in graphic novels. 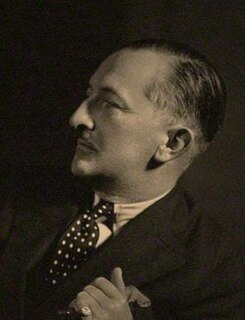 Herman Cyril McNeile, MC, commonly known as Cyril McNeile and publishing under the name H. C. McNeile or the pseudonym Sapper, was a British soldier and author. Drawing on his experiences in the trenches during the First World War, he started writing short stories and getting them published in the Daily Mail. As serving officers in the British Army were not permitted to publish under their own names, he was given the pen name "Sapper" by Lord Northcliffe, the owner of the Daily Mail; the nickname was based on that of his corps, the Royal Engineers. 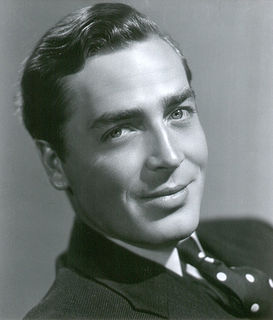 Runaway! is a 1973 American made-for-television thriller film directed by David Lowell Rich. It is an action thriller involving skiers trapped on a runaway train speeding down a mountain. The film was produced by Universal and originally aired on ABC on September 29, 1973. It was re-titled The Runaway Train when released theatrically abroad.

Atholl Fleming MBE was a British actor and an Australian radio personality.