Bulldog Drummond's partner Algy is set to wed. Bulldog attends the wedding but on his return home in the deep foggy night he wanders into an old mansion of Prince Achmed in search of a telephone. To his shock he finds the corpse of an old man. Bodies keep disappearing as Drummond attempts to contact the authorities, including neighbour Captain Nielsen. But a woman is on the case, Lola, who is the daughter of the dead man. 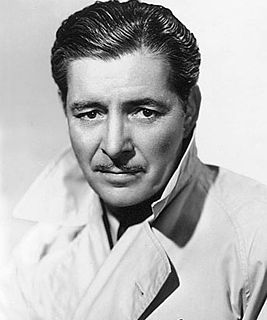 Hugh "Bulldog" Drummond is a fictional character, created by H. C. McNeile and published under his pen name "Sapper". Following McNeile's death in 1937, the novels were continued by Gerard Fairlie. Drummond is a First World War veteran who, fed up with his sedate lifestyle, advertises looking for excitement, and becomes a gentleman adventurer. The character has appeared in novels, short stories, on the stage, in films, on radio and television, and in graphic novels. 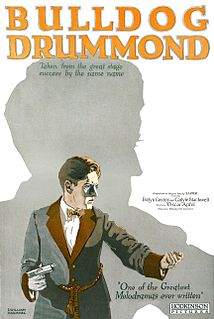 Bulldog Drummond (1922) was the first film adaptation of the Bulldog Drummond fictional character, starring Carlyle Blackwell Sr. and Evelyn Greeley, and directed by Oscar Apfel. The story was adapted by B. E. Doxat-Pratt and produced by Maurits Binger. 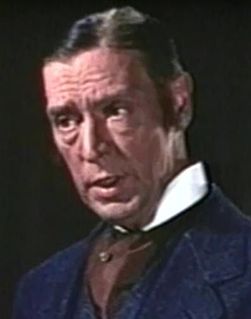 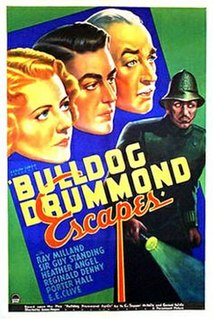 The Challenge is a 1948 American film starring Tom Conway as Bulldog Drummond.

Bulldog Drummond Strikes Back is a 1947 American adventure crime mystery film directed by Frank McDonald and starring Ron Randell, Gloria Henry and Patrick O'Moore. The film is loosely based on the H. C. McNeile novel Knock-Out.