Chris Buckwell, cruel and greedy czar of San Francisco's Tenderloin District, is heartless in his persecution of the Chinese, though he himself is secretly a half-caste, part Chinese and part European. Buckwell, eager to possess the land of Don Hernández Vásquez, sends Michael Brandon, an unscrupulous attorney, to make an offer. Brandon's nephew, Terrence, meets the grandee's beautiful daughter, Dolores, while Vásquez refuses the offer. Terry tries to save the Vásquez land grants, but when Chris causes the grandee's death, Dolores takes an oath to avenge her father. Learning that Chris is half Chinese, Dolores induces his feeble-minded dwarf brother to denounce him; he captures her and Terry, but they are saved from white slavery by the great earthquake of 1906 that kills the villain. [3]

The film was released in a silent version and in a Vitaphone version, with sound-on-disc recording of music and sound effects only. It was the fifth Warner Brothers feature film to have Vitaphone musical accompaniment. Just one month later, on October 6, Warner Bros. released The Jazz Singer with music, sound effects, and spoken dialogue. Warner Bros. later reused some of the footage from Old San Francisco for the 1906 San Francisco earthquake sequence in The Sisters (1938). [4] This is Charles Emmett Mack's final film appearance; he was killed in an automobile accident six months prior to the film's release. [5]

The film was a commercial success but it was considered a sub-par feature for its salacious elements. The New York Post called it "violently melodramatic and preposterous in the extreme -- and one of the silliest pictures ever made." [3]

A slightly later reviewer wondered cynically why it had not been censored: "Just as the villain is giving thanks to Buddha, the San Francisco earthquake intervenes to save [Dolores and Terry], thus explaining a catastrophe that cost many lives. Old San Francisco was not censored because it satisfied the one great tenet of the movie censors: 'God is a force in the world that moves to preserve Christian virginity.' " [6]

A print of the film still exists at the Library of Congress, George Eastman House and Wisconsin Center for Film and Theater Research, as well as its Vitaphone soundtrack and has been restored by the UCLA Film and Television Archive in association with other organizations such as the Library of Congress and the Museum of Modern Art. And was released on manufactured-on-demand DVD by the Warner Archive Collection series on September 15, 2009. [7] 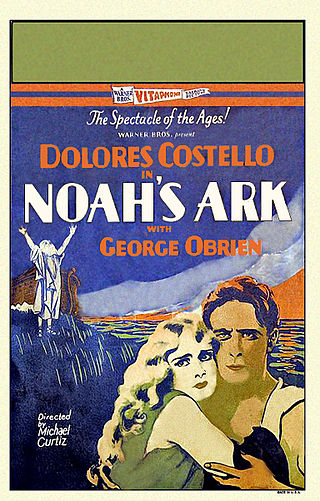 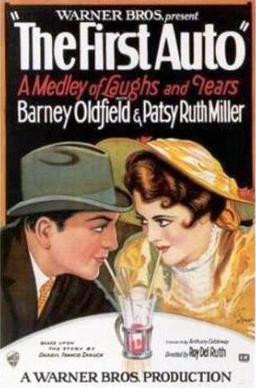 The First Auto is a 1927 film about the transition from horses to cars and the rift it causes in one family. It stars Charles Emmett Mack and Patsy Ruth Miller, with Barney Oldfield having a guest role in the movie. While mainly a silent film, it does have a Vitaphone sound-on-disc soundtrack with a synchronized musical score and sound effects, as well as three spoken words and some laughter. 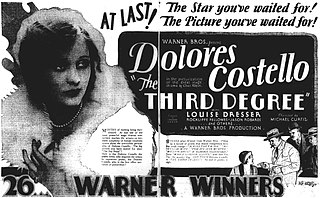 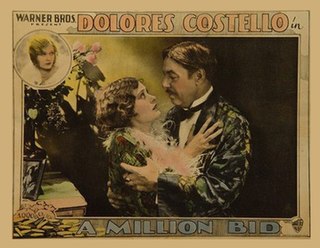 Good Time Charley is a 1927 American silent drama film produced and distributed by Warner Bros. and directed by Michael Curtiz. The film apparently had a Vitaphone soundtrack of music and effects. It was considered to be a lost film. However, as of January 2021, the film is listed as extant at the Library of Congress. 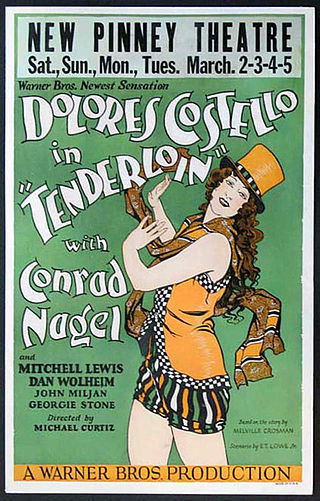 Expensive Women is a 1931 American pre-Code film drama. It was produced by First National Pictures and distributed through their parent company Warner Bros. The film was directed by silent film veteran Hobart Henley and stars Dolores Costello. It was Costello's final film as a leading lady and star for Warners, which she had been since 1925. She retired to be the wife of John Barrymore and to raise their family. Costello would return to films five years later after a long hiatus and the end of her marriage to Barrymore, but never regained the luster she enjoyed as a Warners star. 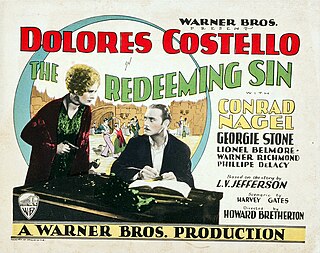 The Redeeming Sin (1929) is a crime drama part-talking silent film with Vitaphone music and sound effects. It was produced and distributed by Warner Bros. and stars Dolores Costello. This film is a lost film.

Mannequin is a 1926 American silent romantic drama film produced by Famous Players-Lasky and distributed by Paramount Pictures. James Cruze directed and Alice Joyce, Warner Baxter, and Dolores Costello were the stars. The film is still extant.

The Lash is a 1930 American pre-Code Western film produced and distributed by First National Pictures, a subsidiary of Warner Bros. It had an alternate title of Adios. The film was directed by Frank Lloyd and stars Richard Barthelmess, Mary Astor, James Rennie and Marian Nixon. The film was issued in two formats: Warner Bros. 65mm Vitascope wide screen and regular 35mm. The Vitaphone sound system was used for recording. Exteriors were filmed at the current Westlake Village, California and Russell Ranch of Thousand Oaks, California areas near Los Angeles. It was adapted for the screen by Bradley King from a story Adios by Fred Bartlett and Virginia Stivers Bartlett.

Broken Hearts of Hollywood is a 1926 American comedy-drama film released by Warner Bros. and directed by Lloyd Bacon. It is unknown, but the film might have been released with a Vitaphone soundtrack. A print of the film exists.