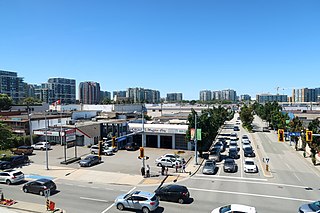 Richmond is a coastal city located in the Canadian province of British Columbia. It is a member municipality of Metro Vancouver and the location of the Vancouver International Airport. During the 2010 Winter Olympics, the Richmond Olympic Oval was a venue for the long track speed skating events. 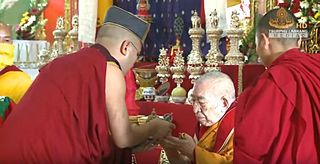 Thrangu Rinpoche was born in Tibet in 1933 and went to India when he was 27. Since then, he has been in residence at the Rumtek Monastery in Sikkim, India. He oversees a number of Thrangu establishments in several parts of the world. The new Canadian monastery will be under the direction of the resident lama, Lama Pema Tsewang, who was born in 1972 in Tsum, Gorkha District, Nepal. In 2002, Thrangu Rinpoche appointed him to the very high position of a "Vajra Master"/ [2] [3]

Rumtek Monastery, also called the Dharmachakra Centre, is a gompa located in the Indian state of Sikkim near the capital Gangtok. It is a focal point for the sectarian tensions within the Karma Kagyu school of Tibetan Buddhism that characterize the Karmapa controversy. 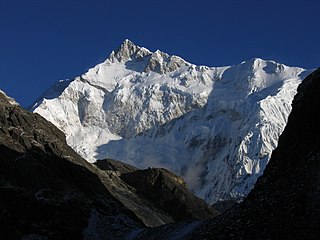 Sikkim is a state in northeastern India. It borders Tibet in the north and northeast, Bhutan in the east, Nepal in the west, and West Bengal in the south. Sikkim is also located close to India's Siliguri Corridor near Bangladesh. Sikkim is the least populous and second smallest among the Indian states. A part of the Eastern Himalaya, Sikkim is notable for its biodiversity, including alpine and subtropical climates, as well as being a host to Kangchenjunga, the highest peak in India and third highest on Earth. Sikkim's capital and largest city is Gangtok. Almost 35% of the state is covered by the Khangchendzonga National Park.

Gorkha District, a part of Gandaki Pradesh, is one of the seventy-Seven districts of Nepal and connected historically with the creation of the modern Nepal and the name of the legendary Gurkha soldiers. The district, with Gorkha Municipality as its district headquarters, covers an area of 3,610 km² and has a population (2001) of 288,134. It is the location of the Manakamana Temple. Also, the temples of great sage Gorakh Nath and goddess Gorakh Kali temple is located in district, after which the district got its name. Four major rivers run within and along it - the Chepe, Daraudi, Marsyangdi, and Budhi Gandaki.

The Shrine Hall or (Lhakhang) of the monastery has 30-foot ceilings, contains Tibetan art and a four-metre (16 ft) tall gold-leaf-covered statue of Shakyamuni Buddha, "filled with precious offerings including scriptures, scrolls and sacred stones and pebbles from 108 countries, including China, Hong Kong, India, Tibet, Sri Lanka and Canada. The two side walls have 500 Medicine Buddha statues each and there are 200 Amitabha statues adjacent to the main entrance. Behind the Shakyamuni statue are the six ornaments, and the 12 mandalas are painted on the ceiling. The six pillars are decorated with traditional Tibetan designs with statues of Guru Rinpoche and Four-Arm Chenrezig on top. The shrine hall can comfortably accommodate up to 500 people." [4]

A mandala is a spiritual and/or ritual geometric configuration of symbols or a map in the Indian religions of Hinduism, Buddhism, Jainism or Japanese lifestyle of Shintoism representing deities, or in the case of Shintoism, paradises, kami or actual shrines. In modern, typically American use, "mandala" has become a generic term for any diagram, chart or geometric pattern that represents the cosmos metaphysically or symbolically; a time-microcosm of the universe, though it originally meant to represent wholeness and a model for the organizational structure of life itself—a cosmic diagram that shows us our relation to the infinite, the world that extends beyond and within our minds and bodies.

A spokesperson said: "The central Buddha is flanked by 35 smaller Buddhas of confession and 1,000 medicine Buddhas that offer protection from illness and danger. [5]

There are 8 retreat rooms at the monastery, where practitioners can engage in short and long term retreats, a library with texts in a number of languages, and a room for visiting teachers. [6]

The Canadian temple is a daughter establishment of the Tibetan mother temple, Thrangu Monastery near Jyekundo or Gyêgu town in the Yushu Tibetan Autonomous Prefecture, Qinghai (ancient Kham), China which was severely damaged on April 14, 2010 in the 2010 Yushu earthquake in which many monks and thousands of laypeople died. [7] [8] [9]

The Karmapa is the head of the Karma Kagyu, the largest sub-school of the Kagyu, itself one of the four major schools of Tibetan Buddhism. 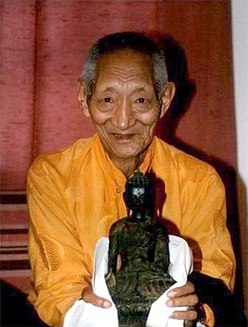 Kalu Rinpoche was a Buddhist lama, meditation master, scholar and teacher. He was one of the first Tibetan masters to teach in the West.

Surmang refers to a vast alpine nomadic and farming region, historically a duchy under the King of Nangchen, with vast land holdings spreading over what is today the Tibet Autonomous Region and Qinghai Province. In Tibetan King of Nangchen's realm was called the "nyishu dza nga" or the 21 (provinces). Since 1959 it is mainly within the Yushu Tibetan Autonomous Prefecture of Qinghai province in China. Yushu Prefecture is 97% ethnic Tibetan. The Surmang region is one of the poorest regions in China ranking it among the world's highest infant and maternal mortality, almost 100% illiteracy, and personal income of less than US 14¢/day. It is part of the catchment in China of the 30 million ultra-poor. 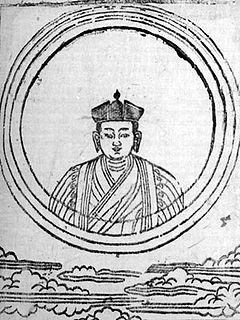 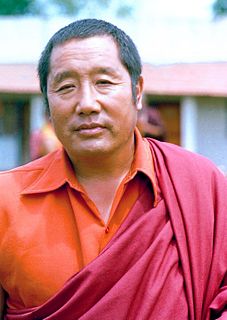 Old Ghoom Monastery is the popular name of Yiga Choeling. The monastery belongs to the Gelukpa or the Yellow Hat sect and is known for its 15 feet (4.6 m)-high statue of the Maitreya Buddha. The external structure of the building was established in 1850 by the Mongolian astrologer and monk Sokpo Sherab Gyatso, who was head of the monastery until 1905.

Karma Thinley Rinpoche, is an important master of the Kagyu Mahamudra, Sakya Lamdré and Chod traditions of Tibetan Buddhism active in the west and Nepal. He is also well regarded by Tibetans as a scholar, poet and artist.

Thrangu Monastery is located about 7 km south of Jyekundo in the Yushu Tibetan Autonomous Prefecture of Qinghai province, China, or the traditional Tibetan cultural region of Kham. 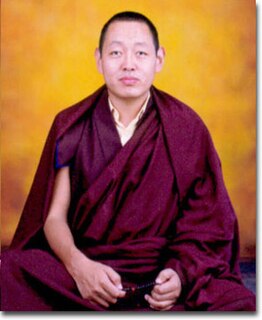 According to Tibetan Buddhism the IXth Minling Khenchen Rinpoche is the successive reincarnation of the Minling Kenrab lineage, co-administrator of Mindrolling Monastery and Head Abbot In-Charge of Ngagyur Nyingma College in India, Vajrayana master, scholar, and teacher. 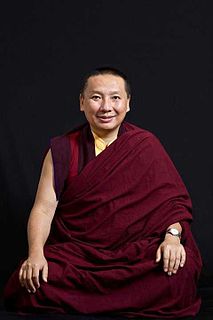 Prior to his birth on 30 June 1965, Zurmang Gharwang Rinpoche was recognized by the 16th Gyalwa Karmapa as the twelfth incarnation of the Gharwang Tulkus and as an emanation of Tilopa. He is the supreme lineage holder of the Zurmang Ear Whispered Lineage.

Lama Chime Tulku Rinpoche is a Tibetan Buddhist, Tulku and Dharma teacher. Chime Rinpoche was born in 1941 in Kham, Tibet. In 1959, due to the occupation of Tibet, he was forced to flee to India via Bhutan into exile. Gaining British citizenship in 1965. He taught extensively throughout Europe and established Marpa House, the first Tibetan Buddhist Centre in England. His students include American author and Buddhist nun Pema Chödrön and musicians Mary Hopkin, David Bowie and Tony Visconti.