Vetigastropods are considered to be among the most primitive living gastropods, [3] and are widely distributed in all oceans of the world. Their habitats range from the deep sea to intertidal zones. Many have shells with slits or other secondary openings. One of their main characteristics is the presence of intersected crossed platy shell structure. [4] Most vetigastropods have some bilateral asymmetry of their organ systems. [5]

Vetigastropods range in size from approximately 0.08 in (2 mm) long in the case of Scissurelloidea or Skeneoidea, to more than 11.8 in (300 mm) in length, as with the Haliotoidea. External colours and patterns are typically drab, but such groups as the Tricolioidea and some Trochoidea and Pleurotomarioidea have bright colours and glossy shells. The clade is characterized by having an intersected crossed platy shell structure. [4]

Shells range from elongate turret-shaped structures, to near-spherical. Shell sculpture varies greatly from simple concentric growth lines, which may or may not be barely visible on the shell surface, to heavy radial and axial ribbing. The shell aperture is normally oval, and often tangential to the coiling axis. Most species have an operculum (a small lid-like organ). Within the shell, Vetigastropods have a single pair of cephalic tentacles, and a distinct snout containing the mouth. The lateral sides of the body typically have sensory epipodial tentacles. [6]

Vetigastropods are found throughout all oceans of the world, including tropical areas, temperate regions, and under polar ice.

Vetigastropods are present in most marine environments from intertidal zones to the deep sea. They exist on rocky substrates, in soft sediments, and some have been found at deep-sea hydrothermal vents and cold seeps.

Most vetigastropods are dioecious, although some deep-sea varieties are hermaphrodites. Vetigastropods usually eject their gametes directly into the sea for fertilization, thus there is no courtship or mating between individuals for most species.

Larger species typically have yearly cycles of spawning, and produce millions of eggs per reproductive season. Smaller species produce fewer eggs, but can spawn year round.

The Vetigastropoda have been referred to as a superorder as recently as at least 2007, by M. Harzhauser [8] and in 2005 by D. Heidelberger and L. Koch [9] following Ponder & Lindberg, 1997, although Bouchet & Rocroi, 2005 refer to this group simply as a clade, leaving taxonomic determination as a future option. The World Register of Marine Species (WoRMS) follows Bouchet & Rocroi regarding the taxonomic content of the Gastropoda but gives ranks to the higher taxa and defines Vetigastropoda as a subclass. [10]

Superfamilies within the Vetigastropoda include:

Neogastropoda is a clade of sea snails, both freshwater and marine gastropod molluscs. 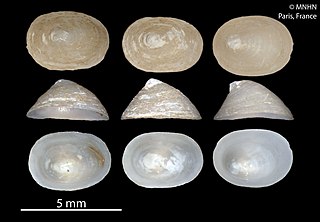 The Cocculinoidea is a superfamily of deepwater limpets, the only superfamily in the order Cocculinida , one of the main orders of gastropods according to the taxonomy as set up by. The clade Cocciliniformia used to be designated as a superorder. 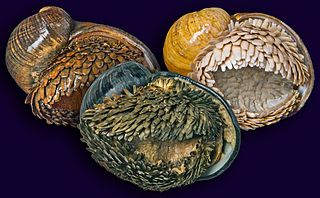 The taxonomy of the Gastropoda as it was revised in 2005 by Philippe Bouchet and Jean-Pierre Rocroi is a system for the scientific classification of gastropod mollusks. The paper setting out this taxonomy was published in the journal Malacologia. The system encompasses both living and extinct groups, as well as some fossils whose classification as gastropods is uncertain.

Anatomidae is a family of minute sea snails, marine gastropod mollusks in the clade Vetigastropoda.

Phasianellidae common name the "pheasant shells" or "pheasant snails" is a family of small sea snails with calcareous opercula, marine gastropod mollusks in the clade Vetigastropoda. 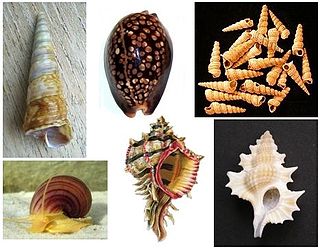 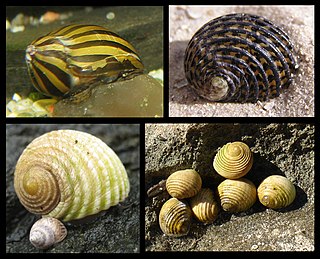 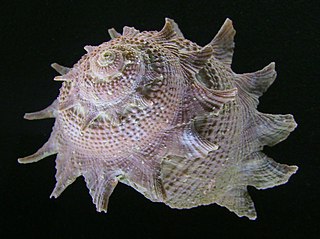 Turbinoidea was a superfamily of small to large sea snails, marine gastropod mollusks in the clade Vetigastropoda. But it has become an available name, because it is no longer used in the current taxonomy of gastropods sensu Williams et al. (2008).

Pleurotomarioidea is a superfamily of small to large marine gastropods included in the order Pleurotomariida of the subclass Vetigastropoda.

Scissurelloidea is a taxonomic superfamily of minute sea snails, marine gastropod mollusks or micromollusks in the clade Vetigastropoda. 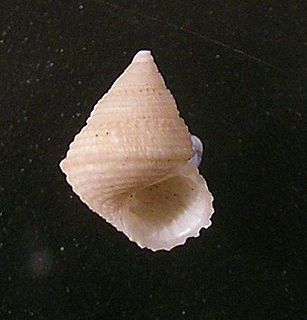 Seguenzioidea is a superfamily of minute to medium-sized sea snails, marine gastropod mollusks in the clade Vetigastropoda.

Trochida is an order of small to very large vetigastropod, Recent and extinct sea snails with gills and an operculum.