The 2017 Canadian Olympic Curling Trials (branded as the 2017 Tim Hortons Roar of the Rings for sponsorship reasons) were held from December 2 to 10 at the Canadian Tire Centre in Kanata, Ottawa, Ontario. [1] The winners of the men's and women's events would represent Canada at the 2018 Winter Olympics.

The women's final was won by Team Rachel Homan in front of her home town crowd. She defeated Team Chelsea Carey 6–5, after Carey missed a pivotal double takeout on her last shot of the 10th end.

The men's final was won by Team Kevin Koe from Alberta. He defeated Team Mike McEwen 7–6, drawing to the button for one on the last stone of the 10th end.

After round robin play; includes games played at other positions

After round robin play

The pre-trials, officially called the Home Hardware Road to the Roar Pre-Trials took place from November 6 to 12 in Summerside, Prince Edward Island. The top two finishers of the men's and women's events qualified to participate in the Trials.

The qualification process for the 2017 Olympic trials differed slightly from the process used at the 2013 trials. For both the men's and women's categories, a pool of twenty-one teams is designated as eligible to represent Canada at the 2018 Olympics, based on rankings from the Canadian Team Ranking System (CTRS). From the pool of twenty-one, seven teams were selected to qualify directly for the 2017 Canadian Curling Trials in December. The remaining fourteen teams competed in a pre-trials tournament, and the top two teams qualified for the nine-team trials. The winner of each trials will represent Canada at the 2018 Winter Olympics. [4]

Nine teams qualify for the Olympic Trials based on the following criteria. [4] These are the final berths as decided on May 2, 2017

The 2000 Labatt Brier, the Canadian men's curling championship, was held from March 4 to 12 at Saskatchewan Place in Saskatoon, Saskatchewan. This was the last Brier sponsored by Labatt.

The men's curling tournament took place at the Vancouver Olympic/Paralympic Centre. The draws took place between 16 and 25 February 2010 and the final took place on 27 February 2010. The preliminary round was a round-robin tournament between all 10 teams; the top four qualified for the medal round.

The 2013 Canadian Olympic Curling Trials were held from December 1 to 8 at the MTS Centre in Winnipeg, Manitoba. The winners of the men's and women's events were chosen to represent Canada at the 2014 Winter Olympics. 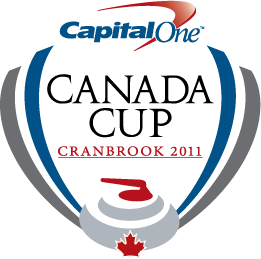 The 2011 Capital One Canada Cup of Curling was held from November 30 to December 4 at the Cranbrook Recreational Complex in Cranbrook, British Columbia. The format for this year's competition was changed from the previous year. Instead of 10 men's and 10 women's teams in two pools of five each, there were seven teams of each gender competing in a round robin. The first place teams advanced to their respective finals, while the second and third place teams met in the semifinals. Capital One became the sponsor of the Canada Cup of Curling after a deal with the Canadian Curling Association to become the sponsor of the Canada Cup and the Pre-Trials Road to the Roar. 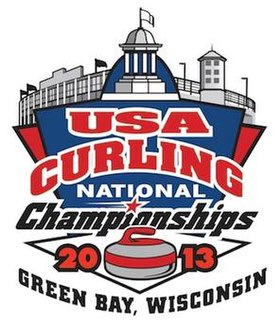 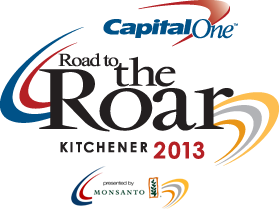 The qualification event for the 2013 Canadian Olympic Curling Trials, was held from November 5 to 10 at the Kitchener Memorial Auditorium Complex in Kitchener, Ontario.

The 2019 Home Hardware Canada Cup was held from November 27 – December 1 at Sobeys Arena in Leduc, Alberta. The tournament winners were the first qualifiers for the 2021 Canadian Olympic Curling Trials.

The 2021 Canadian Olympic Curling Trials were held from November 20 to 28 at the SaskTel Centre in Saskatoon, Saskatchewan. The winners of the men's and women's events represented Canada at the 2022 Winter Olympics.

The 2021 Canadian Mixed Curling Championship was held from November 7 to 14 at the Canmore Golf & Curling Club in Canmore, Alberta.

The 2021 United States Olympic Curling Trials was held from November 12 to 21, 2021 at the Baxter Arena in Omaha, Nebraska. The trials featured six men's teams and six women's teams who played in a double round robin tournament. After the round robin, the top two teams on each side played a best-of-three playoff to determine the winner. The winner of both the men's and women's events will represent the United States at the 2022 Winter Olympics in Beijing, China.

The 2021 Everest Canadian Curling Club Championships were held from November 29 to December 4 at the Ottawa Hunt and Golf Club in Ottawa, Ontario.

The 2022 Canadian U18 Curling Championships were held from May 1 to 7 at the Oakville Curling Club in Oakville, Ontario. The event was originally scheduled to be held February 14 to 20 in Timmins, Ontario, however, was postponed due to the COVID-19 pandemic in Ontario.

The 2022 Everest Canadian Curling Club Championships were held from November 21 to 26 at the Ice Palace at the West Edmonton Mall in Edmonton, Alberta. The event is the Canadian championship for "club-level" curling, that is for curlers who are not currently playing at the high performance level.