Chadayamangalam is a village located in Kollam district of Kerala state, India. It is located along the Ithikkara river and the MC road that passes across the major urban locations of Kerala. It acts as centre for Chadayamangalam block panchayat, gram panchayat and assembly constituency. It hosts numerous government institutions including hospitals, schools and police station. Chadayamngalam is well noticed for newly constructed Jatayu Earth’s Center, which is a tourism centre in the town with the world’s largest bird sculpture. [2] [3] .The place is also referred to as Jatayumangalam. [4]

The origins of the town is traced by historians to at least 8th-9th century AD. The Ay dynasty which acted as buffer between Pandya and Chera dynasty mainly shifting between independent rule and Pandyan overlordship. The conquest of Ay Kingdom in 765 CE by Pandya king Jatila Paranthaka/Nedum Chadayan Varaguna I (r. 765–815 AD) and sack of port Vizhinjam by defeating the Vel chieftain (the Vel Mannan, who might have been related to the Ay family) possession of the Ay-Vel country ("the fertile country along with its magnificent treasures") (Madras Museum Plates of Jatila Parantaka, 17th year). [5] [6] This event is also remembered in the Velvikkudi plates (3rd regnal year, Nedum Chadayan) as "the suppression of the rebellious Ay-Vel. [7] The Pandya king "Maran Chadayan" Jatila Paranthaka destroyed a fort at Aruviyoor (Aruvikkarai near Thalakulam) by defeating Chadayan Karunanthan of "Malai Nadu" in 788 AD (23rd year, Kalukumalai inscription). [8] In 792 AD (27th year, Jatila Paranthaka) the Chera warriors (the Cheramanar Padai) are seen fighting for a fort at Vizhinjam and at Karaikkotta (Karaikkodu near Thalakulam) against a commander of Maran Chadayan (Trivandrum Museum Inscription of Maran Chadayan). [9]

This historical evidences points to existing Ay/Vel kings with name Chadayan (Maran Chadayan) along with the invader of the kingdom 'Nedum Chadayan' also holding a similar name. What makes this relatable to the town of Chadayamangalam is the presence of the Kottukal rock cut temple located just inside 4 km from the town center. [10] The temple was built around 8th-9th century according to archeological sources and follows the Pandyan/Ay style of architecture pronounced in other rock temples in southern Tamil Nadu and Kerala. A similar temple can be seen in Vizinjam, the capital of Ay Kingdom dated to the 8th century. Even though there are huge similarities to the Pandyan rock cut temples built at the same time in core Pandyan territory, the possibility of Ay kings to have adopted the architecture cannot be left out.

This ambiguity is further strengthened as it was time of Pandyan conquest into the Ay kingdom (Pandyans continued to occupy the southern portions around Vizinjam till the next century while northern portions detached away to form Venad [11] ) and the closest town to Chadayamangalam is Ayur, which loosely translates to the town/village/place of the Ay in colloquial Malayalam and Tamil. So all this shines light on the place having a Pandyan or/and Ay patronage in antiquity with a name that derived from the name of ruler of the same area.

Araṇya-Kāṇḍa of Ramayana mentions that Jatayu is the "King of Vultures"(gṛdhrarāja). [12] According to the epic, the demon Ravana was abducting the goddess Sita to Lanka when Jatayu tried to rescue her. Jatayu fought valiantly with Ravana, but as Jatayu was very old Ravana soon defeated him, clipping his wings, and Jatayu falls down to earth. Rama and Lakshmana while on the search for Sita, chanced upon the stricken and dying Jatayu, who informed them of the battle with Ravana and told them that Ravana had headed South. Jatayu then died of his wounds and Rama performed his final funeral rites. [13] Popular belief is that surrounds Chadayamangalam is that the entire course of event following Jadayu falling and rituals performed happened here.It is to be noted that Chadayamangalam shares this origin myth with two other places in India, Lepakshi in Andhra Pradesh and Vijayaraghava Perumal temple in Tamil Nadu.

Chadayamangalam consists of the Kodandarama temple at the peak of Jadayu para (more commonly called Mellupara) placed 1000 feet above the sea level. Chadayamagalam also has other numerous small mountains like Vayanam Mala, Pavoor Mala, Alathara Mala, Elambrakodu Mala, Arkannur Madappara Mala and Thevannur Mala marking its natural beauty. The associated story in the temple premises include presence of “Kokkarani” (water tank), Jadayu created by rubbing the rock with his beak. As the time has come for the bird to leave his body after hearing narrative of Sitaapaharan, Lord Ram is believed to have performed the last rites of Jadayu. Thus, the Lord granted salvation to Jatayu by standing on one leg on the top of the Jatayu rock, where his foot print surfaced and it exists even now. [14] This site of footprint and the source of water sprinkling out at the top of the rocky mountain through out the year is revered by devotees coming to the temple.Numerous wild monkeys belonging to bonnet macaque species is also found making the mountain their home. 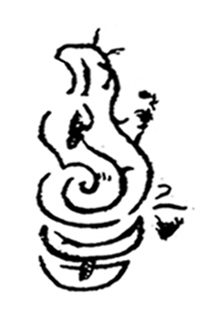 Venad was a medieval kingdom lying between the Western Ghat mountains and the Arabian Sea on the south-western tip of India with its headquarters at the port city of Kollam/Quilon. It was one of the major principalities of Kerala, along with kingdoms of Kannur (Kolathunadu), Kozhikode (Nediyiruppu), and Kochi (Perumpadappu) in medieval and early modern period. 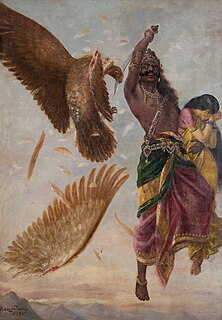 In the Hindu epic Ramayana, Jatayu is a demi-god who has the form of a vulture. He is the younger son of Aruṇa and his wife Shyeni, the brother of Sampati, as well as the nephew of Garuda and an old friend of Dasharatha.

Malamel is a village in Pathanapuram Taluk in Kollam district, Kerala, India. This village is situated between Anchal and Valakom by-pass road. In Malayalam language Malamel means, "Top of the hill". 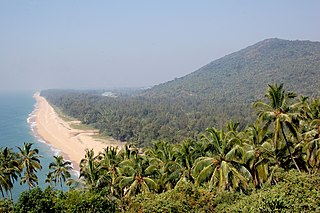 Mushika dynasty, also spelled Mushaka, was a minor dynastic power that held sway over the region in and around Mount Ezhi (Ezhimala) in present-day North Malabar, Kerala, India. The present-day Kolathiris are descendants of the ancient Mushika dynasty. The country of the Mushikas, ruled by an ancient lineage of the Hehaya clan of the same name, appears in early historic (pre-Pallava) south India. Early Tamil poems contain several references to the exploits of Nannan of Ezhimalai. Nannan was known as a great enemy of the pre-Pallava Chera chieftains. The clan also had matrimonial alliances with the Chera, Pandya and Chola chieftains. The Kolathunadu (Kannur) Kingdom, which was the descendant of Mushika dynasty, at the peak of its power, reportedly extended from Netravati River (Mangalore) in the north to Korapuzha (Kozhikode) in the south with Arabian Sea on the west and Kodagu hills on the eastern boundary, also including the isolated islands of Lakshadweep in the Arabian Sea.

Rama Kulasekhara was the last ruler of the Chera Perumal dynasty of medieval Kerala. He was a contemporary to Chola kings Kulottunga I (1070–1120) and Vikrama Chola. Rama Kulaskehara is best known for briefly recovering Kollam-Trivandrum-Nagercoil region from the powerful Chola empire around 1100/02 AD.

The battle of Kandalur salai, also spelled Kanthaloor shala, was a naval engagement of the Cholas under Rajaraja I against the "salai" at Kandalur in south Kerala. The exact location of Kandalur—somewhere south Kerala—is a subject of scholarly debate. The above event is sometimes assumed to be identical with the "conquest of Vizhinjam by a general of Rajaraja [I]", before the burning of Lanka, given in the Tiruvalangadu Grant/Plates. 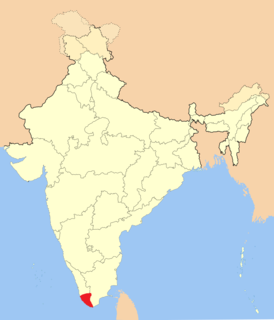 Ay was an Indian Yadava dynasty which controlled the south-western tip of the peninsula, from the early historic period up to the medieval period. The clan traditionally held sway over the harbour of Vizhinjam, the fertile region of Nanjinad, and southern parts of the spice-producing Western Ghat mountains. The dynasty was also known as Kupaka in medieval period.

Thiruputkuzhi is a small temple town in Tamil Nadu, India. It is situated about 7 miles west of Kanchipuram and half a kilometre from Baluchetti Chattiram which lies on the Chennai - Vellore highway. The place is known after the Vijayaraghava Perumal temple.

Vikramaditya —better known as Vikramaditya "Varaguna"—was a monarch of the Ay dynasty of Kerala, south India. His surname indicates that he was a vassal or feudatory of the Pandya ruler Varaguna II. He was the immediate successor of Karunantatakkan "Srivallabha", a vassal of Pandya king Srimara Srivallabha.

Jatayu Earth Center, also known as Jatayu Nature Park or Jatayu Rock, is a park and tourism centre at Chadayamangalam in Kollam district of Kerala. It stands at an altitude of 350m (1200ft) above the mean sea level.

Thiruvalla copper plates, also known as the Huzur Treasury Plates, are a collection of medieval temple committee resolutions found at the Sreevallabha Temple, Thiruvalla, Kerala. The collection of plates, engraved in old Malayalam language in Vattezhuthu with some Grantha characters, can be dated to 10th and 11th centuries AD.

Chera Perumals of Makotai, also known as the Perumal dynasty of Kerala, or Cheraman Perumal dynasty of Mahodayapuram, were a ruling dynasty in present-day Kerala, south India. Makotai, or Mahodayapuram, the seat of the Cheraman Perumals, is identified with present-day Kodungallur in central Kerala. Initially, their influence appeared limited to the area between present-day Quilon and Quilandy, but later extended to up to Chandragiri river in north Kerala and to Nagercoil in the south.

Kongu Chera dynasty, or Cheras/Keralas of Kongu or Karur, or simply as the Chera/Kerala dynasty, were a medieval royal lineage in south India, initially ruling over western Tamil Nadu and central Kerala. The headquarters of the Kongu Cheras was located at Karur-Vanchi (Karur) in central Tamil Nadu. The Chera rulers of Kongu were subordinate to or conquered by Chalukya, Pallava and Pandya kings. Rashtrakuta and Chola rulers are also said to have overrun the Kongu Chera country.

Vijayaraga was the Chera Perumal ruler of Kerala from c. 883/84—c. 895 AD. The reign of Vijayaraga probably witnessed the expansion of Chera Perumal influence into the neighboring Ay and Mushika countries.

Old Malayalam, inscriptional language found in Kerala from c. 9th to c. 13th century AD, is the earliest attested form of Malayalam. The language was employed in several official records and transactions. Old Malayalam was mostly written in Vatteluttu script. Most of the inscriptions were found from the northern districts of Kerala, those lie adjacent to Tulu Nadu. The origin of Malayalam calendar dates back to year 825 CE. 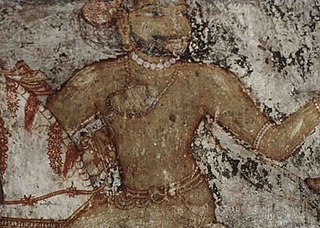 Perumal is a medieval Indian royal title of: