The dialog box (also called dialogue box (non-U.S. English) [1] or just dialog) is a graphical control element in the form of a small window that communicates information to the user and prompts them for a response.

Dialog boxes are classified as "modal" or "modeless", depending on whether they block interaction with the software that initiated the dialog. The type of dialog box displayed is dependent upon the desired user interaction.

The simplest type of dialog box is the alert, which displays a message and may require an acknowledgment that the message has been read, usually by clicking "OK", or a decision as to whether or not an action should proceed, by clicking "OK" or "Cancel". Alerts are also used to display a "termination notice"—sometimes requesting confirmation that the notice has been read—in the event of either an intentional closing or unintentional closing ("crash") of an application or the operating system. (E.g., "Gedit has encountered an error and must close.") Although this is a frequent interaction pattern for modal dialogs, it is also criticized by usability experts as being ineffective for its intended use, which is to protect against errors caused by destructive actions, [2] and for which better alternatives exist. [3]

An example of a dialog box is the about box found in many software programs, which usually displays the name of the program, its version number, and may also include copyright information.

In general, good software design calls for dialogs to be of this type where possible, since they do not force the user into a particular mode of operation. An example might be a dialog of settings for the current document, e.g. the background and text colors. The user can continue adding text to the main window whatever color it is, but can change it at any time using the dialog. (This isn't meant to be an example of the best possible interface for this; often the same functionality may be accomplished by toolbar buttons on the application's main window.)

System modal dialog boxes prevent interaction with any other window onscreen and prevent users from switching to another application or performing any other action until the issue presented in the dialog box is addressed. System modal dialogs were more commonly used in the past on single tasking systems where only one application could be running at any time. One current example is the shutdown screen of current Windows versions.

Modal dialog boxes temporarily halt the program: the user cannot continue without closing the dialog; the program may require some additional information before it can continue, or may simply wish to confirm that the user wants to proceed with a potentially dangerous course of action (confirmation dialog box). Usability practitioners generally regard modal dialogs as bad design-solutions, since they are prone to produce mode errors. Dangerous actions should be undoable wherever possible; a modal alert dialog that appears unexpectedly or which is dismissed automatically (because the user has developed a habit) will not protect from the dangerous action. [4]

A modal dialog interrupts the main workflow. This effect has either been sought by the developer because it focuses on the completion of the task at hand or rejected because it prevents the user from changing to a different task when needed.

The concept of a document modal dialog has recently been used, most notably in macOS and Opera Browser. In the first case, they are shown as sheets attached to a parent window. These dialogs block only that window until the user dismisses the dialog, permitting work in other windows to continue, even within the same application.

In macOS, dialogs appear to emanate from a slot in their parent window, and are shown with a reinforcing animation. This helps to let the user understand that the dialog is attached to the parent window, not just shown in front of it. No work can be done in the underlying document itself while the dialog is displayed, but the parent window can still be moved, re-sized, and minimized, and other windows can be brought in front so the user can work with them:

The same type of dialog box can be compared with the "standard" modal dialog boxes used in Windows and other operating systems.

The differences are that

Both mechanisms have shortcomings: 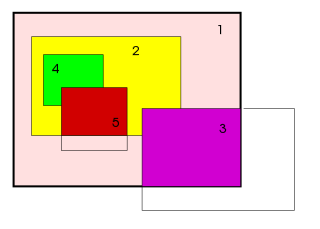 A multiple-document interface (MDI) is a graphical user interface in which multiple windows reside under a single parent window. Such systems often allow child windows to embed other windows inside them as well, creating complex nested hierarchies. This contrasts with single-document interfaces (SDI) where all windows are independent of each other. 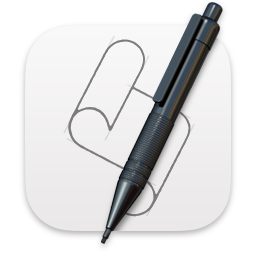 The Humane Interface: New Directions for Designing Interactive Systems (ISBN 0-201-37937-6) is a book about user interface design written by Jef Raskin and published in 2000. It covers ergonomics, quantification, evaluation, and navigation.

In computing, incremental search, incremental find or real-time suggestions is a user interface interaction method to progressively search for and filter through text. As the user types text, one or more possible matches for the text are found and immediately presented to the user. This immediate feedback often allows the user to stop short of typing the entire word or phrase they were looking for. The user may also choose a closely related option from the presented list. 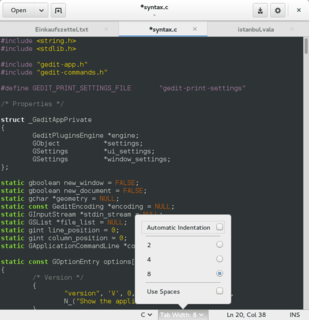 A status bar is a graphical control element which poses an information area typically found at the window's bottom. It can be divided into sections to group information. Its job is primarily to display information about the current state of its window, although some status bars have extra functionality. For example, many web browsers have clickable sections that pop up a display of security or privacy information.

Archy is a software system whose user interface introduced a different approach for interacting with computers with respect to traditional graphical user interfaces. Designed by human-computer interface expert Jef Raskin, it embodies his ideas and established results about human-centered design described in his book The Humane Interface. These ideas include content persistence, modelessness, a nucleus with commands instead of applications, navigation using incremental text search, and a zooming user interface (ZUI). The system was being implemented at the Raskin Center for Humane Interfaces under Raskin's leadership. Since his death in February 2005 the project was continued by his team, which later shifted focus to the Ubiquity extension for the Firefox browser.

In user interface design, a mode is a distinct setting within a computer program or any physical machine interface, in which the same user input will produce perceived results different from those that it would in other settings. Modal interface components include the Caps lock and Insert keys on the standard computer keyboard, both of which typically put the user's typing into a different mode after being pressed, then return it to the regular mode after being re-pressed.

Alt+Tab ↹ is the common name for a keyboard shortcut that has been in Microsoft Windows since Windows 2.0 (1987). This shortcut switches between application-level windows without using the mouse; hence it was named Task Switcher.

In computing, focus stealing is a mode error produced when a program not in focus places a window in the foreground and redirects all keyboard input to that window. This is considered to be an annoyance or hazard to some users because the program may steal the focus while their attention is not on the computer screen, such as when typing while reading copy to the side. This will cause everything typed after the window appeared to be lost – or worse, the typed input may cause an unintended effect in the newly focused window. On slow computers, users are sometimes not even alerted to this behavior in time, because the associated window is only actually displayed several seconds after the actual focus change happened.