Costa Rica elects on national level a head of state, the president, and a legislature. The President of Costa Rica is, together with two vice-presidents, elected for a four-year term by the people. The Legislative Assembly (Asamblea Legislativa) has 57 members, elected for four-year terms by closed list proportional representation in each of the country's seven provinces.

Costa Rica is an active member of the international community and, in 1983, claimed it was for neutrality. Due to certain powerful constituencies favoring its methods, it has a weight in world affairs far beyond its size. The country lobbied aggressively for the establishment of the Office of the United Nations High Commissioner for Human Rights and became the first nation to recognize the jurisdiction of the Inter-American Human Rights Court, based in San José.

The President of Costa Rica is the head of state and head of government of Costa Rica. The President is currently elected in direct elections for a period of four years, which is not immediately renewable. Two Vice presidents are elected in the same ticket with the president. The president appoints the Council of Ministers. Due to the abolition of the military of Costa Rica in 1948, the president is not a Commander-in-chief, unlike the norm in most other countries, although the Constitution does describe him as commander in chief of the civil defense public forces. 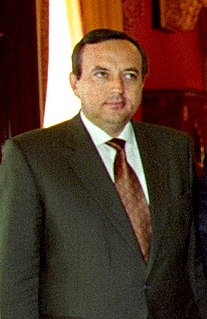 Rafael Ángel Calderón Fournier served as President of Costa Rica from 1990 to 1994. He was the presidential candidate of the Social Christian Unity Party for the national elections held in February 2010, but resigned his candidacy on 5 October 2009, when he was sentenced to five years in prison for two counts of corruption.

The Citizens' Action Party is a center-left political party in Costa Rica. 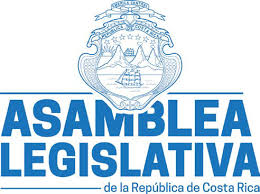 The 1949 Constitution of Costa Rica established two Vice-Presidencies of Costa Rica, which are directly elected through a popular vote on a ticket with the president for a period of four years, with no immediate re-election. There has been various incarnations of the office. Vice presidents replace the president in cases of temporary or permanent absence. 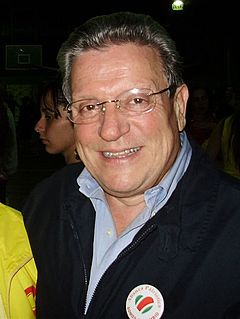 Rolando Araya Monge is a Costa Rican socialist politician. He is a nephew of former president Luis Alberto Monge.

Alberto Salom Echeverría is a Costa Rican politician. He was a deputy with the Citizens' Action Party from 2006 to 2010 and was the former councillor of San José. He is currently Rector of the National University of Costa Rica. 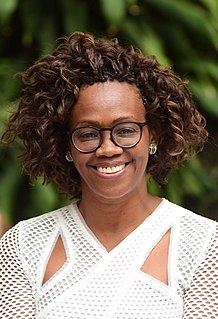 The Supreme Court of Costa Rica is the court of greater hierarchy of Law and Justice in Costa Rica.

Manuel Aguilar Chacón was head of state of Costa Rica from April 1837 to March 1838.

Costa Rica’s municipal system is organized under the Municipal Code, the specific law that regulates the local governments. Municipalities are the second-level administration in Costa Rica after the central government. Each one of the 82 cantons of Costa Rica has a Municipality or Municipal Government constituted by a Mayor and a proportional number of members of the Municipal Council. Districts of each of the cantons also have their local authorities and representatives. Some of the services manage by local governments include; solid waste management, building and administration of local roads, parks, libraries and schools, recollection of municipal taxes and in some cases local security. Worth noticing that in Costa Rica city and municipality are not the same thing, as a canton can have several cities within its borders, generally as districts.

The Costa Rican general election of 1853 was held on April 4, 1853. President Juan Rafael Mora Porras was re-elected as the sole candidate, who had been elected in 1849 to end the period of José María Castro Madriz.

The history of the Costa Rican legislature is long and starts from even before its formal independence from the Spanish Empire. Costa Rica is one of the world's oldest democracies, thus, its parliamentary history dates back several centuries.