Harvey was an electoral district of the Legislative Assembly in the Australian state of Western Australia from 1950 to 1962.

The district was based on the town of Harvey lying to the south of Perth. The seat's only member was Liberal Country League MP Iven Manning, who went on to become the member for Wellington after its abolition. 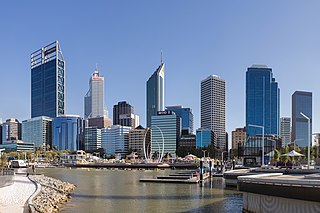 Iven Wemyss Manning was an Australian politician who was a Liberal Party member of the Legislative Assembly of Western Australia from 1950 to 1974. 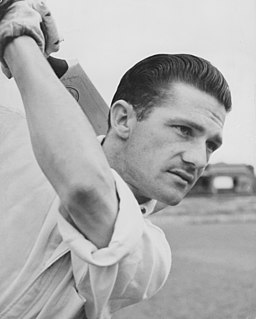 Michael John Harvey is an Australian musician, singer-songwriter, composer, arranger and record producer. A multi-instrumentalist, he is best known for his long-term collaborations with Nick Cave, with whom he formed the Boys Next Door, the Birthday Party and Nick Cave and the Bad Seeds.

Brent Harvey, often known by his nickname "Boomer", is a former Australian rules footballer who played for the North Melbourne Football Club in the Australian Football League (AFL). He holds the record for most matches played by an individual in AFL history, breaking Michael Tuck's previous record in 2016. 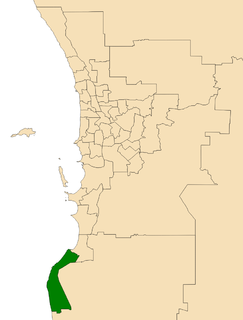 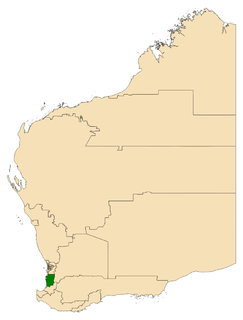 Nicodamidae is a family of araneomorph spiders with about thirty species in seven genera. They are small to medium-sized spiders found near the ground of eucalypt forests in small sheet webs. The species of this family are only present in Australia and Papua New Guinea. In most cases the cephalothorax and legs are uniformly red and the abdomen black, for which these species are sometimes called the "red and black spider".

The Shire of Harvey is a local government area of Western Australia. It is located in the state's South West region, approximately 140 km south of Perth, and includes some of Bunbury's northern suburbs. The shire covers an area of 1,728 km² and had a population of approximately 26,500 as at the 2016 Census. Around 12% of the population are of Southern or Eastern European origin.

Greenslopes is an electoral district of the Legislative Assembly in the Australian state of Queensland.

Liza Mary Harvey is an Australian politician who has been a Liberal Party member of the Legislative Assembly of Western Australia since 2008, representing the seat of Scarborough. She was a minister in the government of Colin Barnett, and in 2016 was appointed deputy premier, becoming the first woman to hold the position. She is currently Leader of the Opposition after being elected unopposed to replace Mike Nahan as state Liberal leader on 13 June 2019.

William Humphrey Harvey was an Australian politician. He was a member of the South Australian Legislative Council from 1915 to 1935. He served as Minister for Education, Mines and Agriculture from 1918 to 1920.

This is a list of members of the South Australian Legislative Council from 1921 to 1924.