This is a gallery of curves used in mathematics, by Wikipedia page. See also list of curves.

Curves of genus one

Curves with genus greater than one 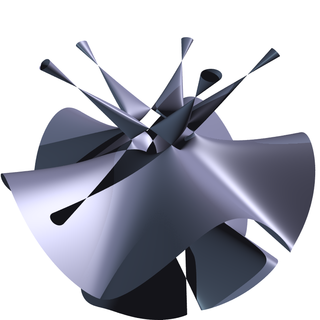 A Bézier curve is a parametric curve used in computer graphics and related fields. The curves, which are related to Bernstein polynomials, are named after Pierre Bézier, who used it in the 1960s for designing curves for the bodywork of Renault cars. Other uses include the design of computer fonts and animation. Bézier curves can be combined to form a Bézier spline, or generalized to higher dimensions to form Bézier surfaces. The Bézier triangle is a special case of the latter. 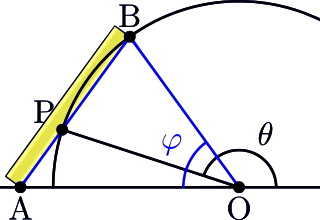 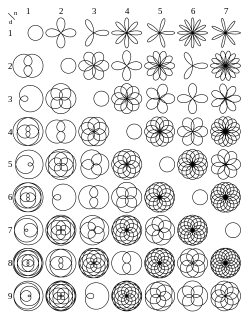 In mathematics, a cuspidal cubic or semicubical parabola is an algebraic plane curve that has an implicit equation of the form

In geometry, a trisectrix is a curve which can be used to trisect an arbitrary angle with ruler and compass and this curve as an additional tool. Such a method falls outside those allowed by compass and straightedge constructions, so they do not contradict the well known theorem which states that an arbitrary angle cannot be trisected with that type of construction. There is a variety of such curves and the methods used to construct an angle trisector differ according to the curve. Examples include: 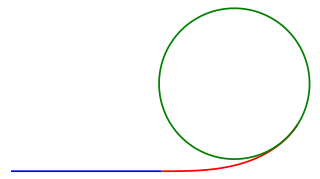 A track transition curve, or spiral easement, is a mathematically-calculated curve on a section of highway, or railroad track, in which a straight section changes into a curve. It is designed to prevent sudden changes in lateral acceleration. In plane, the start of the transition of the horizontal curve is at infinite radius, and at the end of the transition, it has the same radius as the curve itself and so forms a very broad spiral. At the same time, in the vertical plane, the outside of the curve is gradually raised until the correct degree of bank is reached. 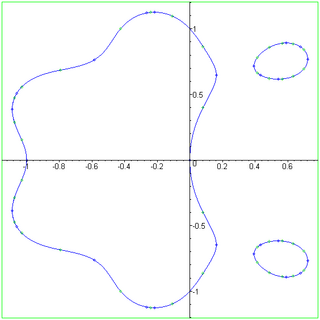 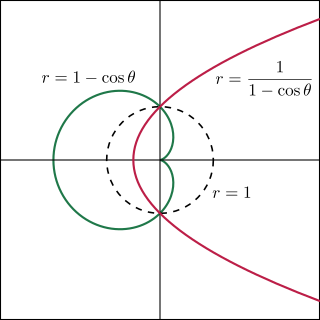 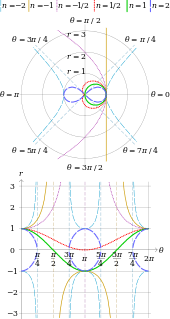 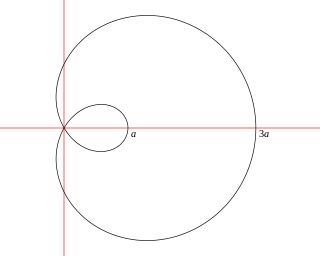 In geometry, a circular algebraic curve is a type of plane algebraic curve determined by an equation F(x, y) = 0, where F is a polynomial with real coefficients and the highest-order terms of F form a polynomial divisible by x2 + y2. More precisely, if F = Fn + Fn−1 + ... + F1 + F0, where each Fi is homogeneous of degree i, then the curve F(x, y) = 0 is circular if and only if Fn is divisible by x2 + y2.

In 1876 Alfred B. Kempe published his article On a General Method of describing Plane Curves of the nth degree by Linkwork, which showed that for an arbitrary algebraic plane curve a linkage can be constructed that draws the curve. This direct connection between linkages and algebraic curves has been named Kempe's universality theorem that any bounded subset of an algebraic curve may be traced out by the motion of one of the joints in a suitably chosen linkage. Kempe's proof was flawed and the first complete proof was provided in 2002 based on his ideas.