Lord Protector (plural: Lords Protector) was a title that has been used in British constitutional law for the head of state. It was also a particular title for the British heads of state in respect to the established church. It was sometimes used to refer to holders of other temporary posts; for example, a regent acting for the absent monarch.

The title of "The Lord Protector" was originally used by royal princes or other nobles exercising a role as protector and defensor of the realm, while sitting also in a council of government, usually when the English monarch was still a minor or otherwise unable to rule. It differs from a continental regency because of the separation of powers.

The Lord Protector of the Commonwealth of England, Scotland and Ireland was the title of the head of state and Head of government during the Commonwealth [1] (often called the Interregnum), following the first period when a Council of State held executive power. The title was held by Oliver Cromwell [1] (December 1653 – September 1658) and subsequently his son and designated successor Richard Cromwell (September 1658 – May 1659) during what is now known as The Protectorate.

The replacement constitution of 1657, the Humble Petition and Advice, [1] gave "His Highness the Lord Protector" the power to nominate his successor. Cromwell chose his eldest surviving son, the politically inexperienced Richard. That was a nonrepresentative and de facto dynastic mode of succession, with royal connotations in both styles awarded, (even a double invocation 16 December 1653 – 3 September 1658 "By the Grace of God and Republic Lord Protector of England, Scotland and Ireland") and many other monarchic prerogatives, such as that of awarding knighthoods.

Richard Cromwell, who succeeded after his father's death in September 1658, held the position for only eight months before he resigned in May 1659. He was followed by the second period of Commonwealth rule until the Restoration of the exiled heir to the Stuart throne, Charles II, in May 1660.

Since the Restoration the title has not been used in either of the above manners. George, Prince of Wales, appointed to the regency in 1811, was referred to as "His Royal Highness the Prince Regent". George exercised the powers of the monarchy, just as Lords Protector had, but the title's republican associations had rendered it distasteful.

Protector of the church

'Lord Protector' has also been used as a rendering of the Latin Advocatus in the sense of a temporal Lord (such as a Monarch) who acted as the protector of the mainly secular interests of a part of the church; compare the French title of vidame .

In The Last Man by Mary Shelley, Britain becomes a republic with its elected head of state styled as Lord Protector. The title is held by Lord Raymond, and Ryland.

In The New Statesman finale episode "The Irresistible Rise of Alan B'Stard", after B'Stard's New Patriotic Party wins a landslide majority in a special general election called over British membership of the European Economic Community but with himself not having contested a seat, he briefly considered adopting the title of Lord Protector before being permitted to serve as an extra-parliamentary Prime Minister.

The Commonwealth was the political structure during the period from 1649 to 1660 when England and Wales, later along with Ireland and Scotland, were governed as a republic after the end of the Second English Civil War and the trial and execution of Charles I. The republic's existence was declared through "An Act declaring England to be a Commonwealth", adopted by the Rump Parliament on 19 May 1649. Power in the early Commonwealth was vested primarily in the Parliament and a Council of State. During the period, fighting continued, particularly in Ireland and Scotland, between the parliamentary forces and those opposed to them, in the Cromwellian conquest of Ireland and the Anglo-Scottish war of 1650–1652. 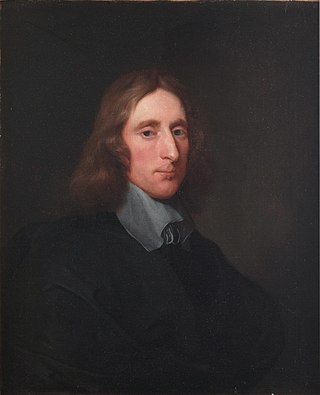 Monarchical systems of government have existed in Ireland from ancient times. In the south this continued until the early twentieth century, when it transitioned to the Republic of Ireland. Northern Ireland, as part of the United Kingdom, remains under a monarchical system of government.

There were a variety of flags flown by ships of the Commonwealth during the Interregnum of 1649–1660. 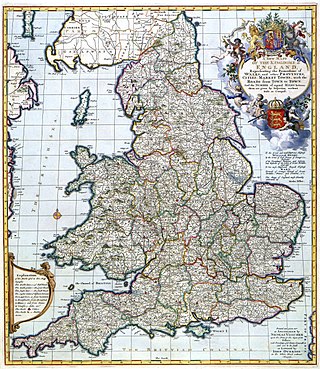 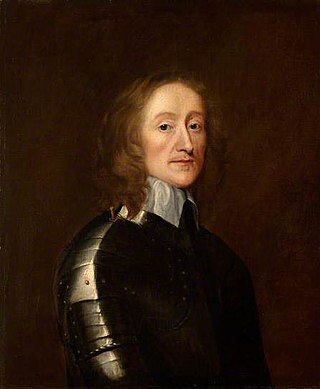 Charles Fleetwood, c. 1618 to 4 October 1692, was an English lawyer from Northamptonshire, who served with the Parliamentarian army during the Wars of the Three Kingdoms. A close associate of Oliver Cromwell, to whom he was related by marriage, Fleetwood held a number of senior political and administrative posts under the Commonwealth, including Lord Deputy of Ireland from 1652 to 1655.

The Commonwealth and Protectorate (1649-1660) refers to the kingless governments of England, Scotland, Great Britain and Ireland during the Interregnum between the actual reigns of the Stuart King Charles I (1625-1649) and his son King Charles II (1660-1685). 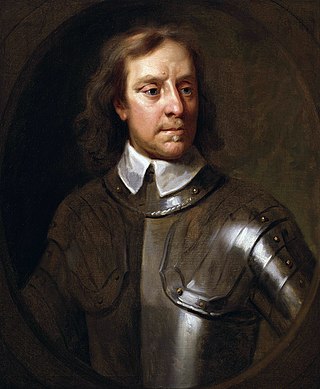 Scotland under the Commonwealth is the history of the Kingdom of Scotland between the declaration that the kingdom was part of the Commonwealth of England in February 1652, and the Restoration of the monarchy with Scotland regaining its position as an independent kingdom, in June 1660.

Events from the 1650s in the Kingdom of Scotland.

Look up lord protector in Wiktionary, the free dictionary.
This page is based on this Wikipedia article
Text is available under the CC BY-SA 4.0 license; additional terms may apply.
Images, videos and audio are available under their respective licenses.