Needham is a historic home located near Farmville, in Cumberland County, Virginia. It was constructed in 1802, and is a two-story, three-bay, single-pile, central hall plan frame dwelling. It has a two-story rear ell, with one-story addition built in 1929, although most of the former outbuildings have now disappeared.

It was the home of educator, jurist, and politician Creed Taylor(1766-1836). [3] as well as his son Creed Taylor Jr. (1791-1873). The elder Taylor established a proprietary law school in Richmond and moved it in the 1820s to this estate (it was Virginia's second law school and the nation's fourth), where it trained about 300 lawyers including U.S. President John Tyler's son, Ohio Supreme Court justice William Y. Gholson and future U.S. Congressmen John Minor Botts, Joseph William Chinn and John Hall Fulton as well as future Missouri governor and Confederate general Sterling Price. [4] [5] [6] Although the law school had closed by 1840 (and perhaps a decade earlier, following the establishment of the University of Virginia Law School in 1829). In 1831 Anne Jane Gholson, the mother of novelist Ellen Glasgow was born at Needham.

Needham has been listed on the National Register of Historic Places since 1988. [1] Virginia erected a historic marker concerning the proprietary law school in 2000. [7] 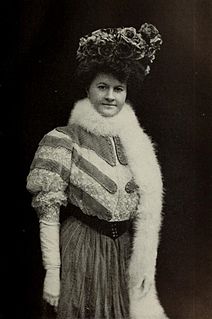 Ellen Anderson Gholson Glasgow was an American novelist who won the Pulitzer Prize for the Novel in 1942. A lifelong Virginian who published 20 books including seven novels which sold well as well as gained critical acclaim, Glasgow portrayed the changing world of the contemporary South, differing from the idealistic escapism that characterized Southern literature after Reconstruction. 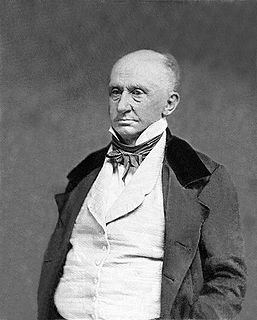 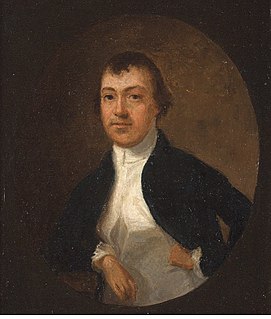 Thomas Mann Randolph was an American planter, soldier, and politician from Virginia. He served as a member of both houses of the Virginia General Assembly, a representative in the United States Congress, and as the 21st governor of Virginia, from 1819–1822. He married Martha Jefferson, the oldest daughter of Thomas Jefferson, third President of the United States. They had eleven children who survived childhood. As an adult, Randolph developed alcoholism, and he and his wife separated for some time before his death.

William Munford Tuck was an American lawyer and lieutenant in the Byrd Organization, who served as the 55th Governor of Virginia from 1946 to 1950 as a Democrat, and as a U.S. Congressman from 1953 until 1969.

The Jefferson–Hemings controversy was a historical debate over whether there was a sexual relationship between U.S. President Thomas Jefferson and his slave, Sally Hemings, and whether he fathered some or all of her six recorded children. For more than 150 years, most historians denied rumors from Jefferson's presidency that he had a slave concubine. Based on his grandson's report, they said that one of his nephews had been the father of Hemings' children. Before changing his mind following the results of DNA analysis in 1998, Jefferson biographer Joseph J. Ellis had said, "The alleged liaison between Thomas Jefferson and Sally Hemings may be described as the longest-running miniseries in American history." In the 21st century, most historians agree that Jefferson is the father of one or more of Sally's children.

Woodlawn is a historic house located in Fairfax County, Virginia. Originally a part of Mount Vernon, George Washington's historic plantation estate, it was subdivided in the 19th century by abolitionists to demonstrate the viability of a free labor system. The address is now 9000 Richmond Highway, Alexandria, Virginia, but due to expansion of Fort Belvoir and reconstruction of historic Route 1, access is via Woodlawn Road slightly south of Jeff Todd Way/State Route 235. The house is a designated National Historic Landmark, primarily for its association with the Washington family, but also for the role it played in the historic preservation movement. It is now a museum property owned and managed by the National Trust for Historic Preservation. 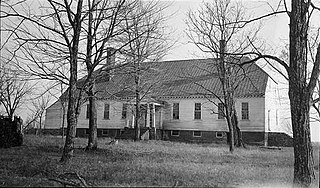 Scotchtown is a plantation located in Hanover County, Virginia, that from 1771–1778 was owned and used as a residence by Patrick Henry, his wife Sarah and their children. He was a revolutionary and elected in 1778 as the first Governor of Virginia. The house is located in Beaverdam, Virginia, 10 miles (16 km) northwest of Ashland, Virginia on VA 685. The house, at 93 feet (28 m) by 35 feet (11 m), is one of the largest 18th-century homes to survive in the Americas. In its present configuration, it has eight substantial rooms on the first floor surrounding a central passage, with a full attic above and English basement with windows below. It was designated a National Historic Landmark in 1965.

Thomas Jefferson Randolph of Albemarle County was a Virginia planter, soldier and politician who served multiple terms in the Virginia House of Delegates, as rector of the University of Virginia, and as a colonel in the Confederate army during the American Civil War. The favorite grandson of President Thomas Jefferson helped manage Monticello near the end of his grandfather's life and was executor of his estate, and later also served in the Virginia Constitutional Convention of 1850 and at the Virginia Secession Convention of 1861.

Joseph William Chinn was a Virginia lawyer, plantation owner and politician who served in both houses of the Virginia General Assembly and in the United States House of Representatives.

John Wayles Jefferson, was an American businessman and Union Army officer in the American Civil War. He is believed to be a grandson of Thomas Jefferson; his paternal grandmother is Sarah (Sally) Hemings, Jefferson's mixed-race slave and half-sister to his late wife. 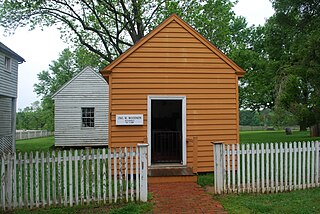 The Woodson Law Office is a structure within the Appomattox Court House National Historical Park. It was originally built by Samuel McDearmon in 1854 and rented by Woodson for his law office until he purchased it a couple of years later. It is a small structure and was built next to the main general store of Appomattox.

Temple Hall is an early 19th-century Federal-style mansion and working farm near the Potomac River north of Leesburg in Loudoun County, Virginia.

Elizabeth (Eliza) Parke Custis Law was the eldest granddaughter of Martha Dandridge Washington and a step-grandchild of George Washington. She married Thomas Law, the youngest son of the late bishop of Carlisle, England, and an experienced administrator with the East India Company.

Hope Park was an 18th and 19th-century plantation in Fairfax County in the U.S. state of Virginia, where Dr. David Stuart (1753–1814), an old friend of and correspondent with George Washington lived with his wife, Eleanor Calvert Custis (1758–1811), and family. It was approximately 5 miles (8.0 km) southwest of Fairfax Court House.

John Wayles was a colonial American planter, slave trader and lawyer in colonial Virginia. He is historically best known as the father-in-law of Thomas Jefferson, the third President of the United States. Wayles married three times, with these marriages producing eleven children; only five of them lived to adulthood. Wayles' relationship with Betty Hemings resulted in six additional children, including Sally Hemings, who was the mother of six children with Thomas Jefferson and half-sister of Martha Jefferson. 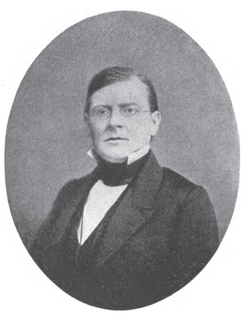 William Yates Gholson was a Republican politician in the U.S. State of Ohio who was an Ohio Supreme Court judge from 1859 to 1863.

The Burwells were among the First Families of Virginia in the Colony of Virginia. John Quincy Adams once described the Burwells as typical Virginia aristocrats of their period: forthright, bland, somewhat imperious and politically simplistic by Adams' standards. In 1713, so many Burwells had intermarried with the Virginia political elite that Governor Spotswood complained that " the greater part of the present Council are related to the Family of Burwells...there will be no less than seven so near related that they will go off the Bench whenever a Cause of the Burwells come to be tried." 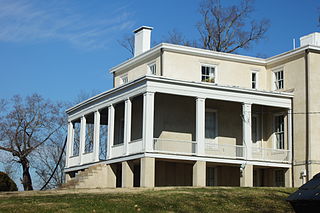 Elk Hill, also known as Harrison's Elk Hill, is a historic plantation home located near Goochland, Goochland County, Virginia. It was built between 1835 and 1839, and is a 2 1/2-story, three-bay, stuccoed brick central-hall-plan house in the Greek Revival style. It has a two-story rear ell. The front facade features a one-story Tuscan order portico consisting of paired rectangular wooden pillars supporting a full entablature. Also on the property are the contributing servants' quarters, tack house, and spring house. It was listed on the National Register of Historic Places in 1979.

Samuel Taylor was a 19th-century American politician and lawyer from Virginia.

Chancellor Creed Taylor and his wife, Sally deGraffenried (Woodson Taylor, had no children. The Creed Taylor who inherited the "Needham" property was his great nephew and namesake. This Creed, called "Young Creed", was born at Needham on 3 Aug 1807 and died there 16 Jan 1868, his wife was, Lucy Ann Matilda Woodson. He was also trained in the law The property passed to their youngest daughter, May Taylor wife of Albert Howard. "Young Creed" was the son of Samuel Taylor (nephew of the Chancellor) and Martha Woodson, youngest sister of Sally. Martha died at Needham 7 Feb 1810 of child-bed fever. Her three children were adopted by the Chancellor and his wife. Sources: Will of Chancellor Creed Taylor, original in my possession, Henry Morton Woodson, Woodsons and Their Connections (1915, Nashville, Tenn.), Writings of John Randolph, a great friend of Chancellor Taylor, Various deeds of the Needham property.