She studied at the Wimbledon College of Art and was production designer in theater for more than three years. However she was not entirely satisfied with the work, so she got a job at the BBC in the early 90s and stayed there for a while. It didn't only get her a better job, but helped in her transformation from theater to TV. She worked on designing sets for television talk show Later... with Jools Holland . Then, in the late 90s, the BBC disappeared the charge of production design,[ clarification needed ] and she had to work in independent cinema.

In an interview column for the Golden Globe Awards, Greenwood stated that green arsenic was used in the corridors for the film Atonement, but the director, Joe Wright, wanted Irish green for the dress that Keira Knightley was going to use in the movie. Sarah decided to give priority to dress and change the colour she had planned for the corridors, because the dress had a risk of losing visual emphasis. She said, "Sometimes you have to be strong to win battles, and sometimes you have to know when to let go." She was not entirely convinced with the color that the director wanted, but there are decisions that an art director must make to get the message to the viewer.

Another story that she tells, is that when she went to get a production art job on a film to be made, someone said, "This project is very large. Sure you can handle it?" She had worked on huge sets, so she said "if you have the tools and enough supplies to meet the needs with a good production team, anything is possible." When she met the director, he said he was asked the same question, this made clear it was not a gender thing. "They just wanted to make sure that we all can do this," she said.

In 2017, Greenwood worked on Disney's live action version of Beauty and the Beast , directed by Bill Condon and released in March, and the biopic Darkest Hour , directed by Joe Wright; receiving Oscar nominations for both. 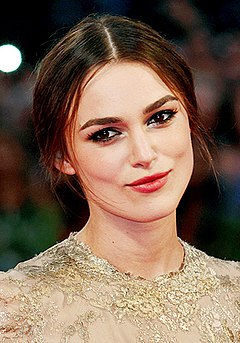 Keira Christina Righton is a British actress. She has starred in both independent films and big-budget blockbusters, and is particularly noted for her roles in period dramas. Her accolades include two Empire Awards and nominations for two Academy Awards, two British Academy Film Awards, three Golden Globe Awards, one Screen Actors Guild Award and one Laurence Olivier Award. Knightley was appointed an OBE in the 2018 Birthday Honours for services to drama and charity. 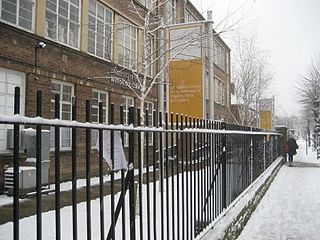 Dario Marianelli is an Italian composer known for his frequent collaborations with director Joe Wright. 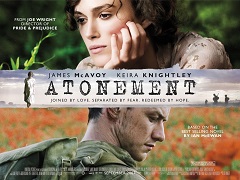 Atonement is a 2007 romantic war drama film directed by Joe Wright and starring James McAvoy, Keira Knightley, Saoirse Ronan, Romola Garai, Benedict Cumberbatch and Vanessa Redgrave. It is based on Ian McEwan's 2001 novel of the same name. The film chronicles a crime and its consequences over the course of six decades, beginning in the 1930s. It was produced for StudioCanal and filmed in England. Distributed in most of the world by Universal Studios, it was released in the United Kingdom and Ireland on 7 September 2007 and in North America on 7 December 2007.

Jacqueline Durran is a British costume designer. She received considerable attention for her work on Pride & Prejudice (2005), for which she was nominated for both an Academy Award for Best Costume Design and BAFTA Award for Best Costume Design. She has won two Academy Awards for Costume Design for the films Anna Karenina (2012) and Little Women (2019), and has been nominated seven times for the award. She has also been nominated nine times for a BAFTA Award, winning for Vera Drake (2004), Anna Karenina, and Little Women. Durran has been a frequent collaborator with directors Mike Leigh and Joe Wright, having designed the costumes for six times on Leigh and Wright's films.

Katie Spencer is a British set decorator. She has been nominated for an Academy Award six times for her set decoration in Joe Wright's films: Pride & Prejudice (2005), Atonement (2007), Anna Karenina (2012), and Darkest Hour (2017), and for the major box office successes such as Guy Ritchie's Sherlock Holmes (2009) and Bill Condon's Beauty and the Beast (2017). She has worked many films and TV series with Sarah Greenwood.

Mary Rose Helen Giedroyc, known as Coky Giedroyc, is a multiple BAFTA-winning English director known for her work on Women Talking Dirty, The Virgin Queen, The Nativity and Penny Dreadful.

Aisling Walsh is an Irish screenwriter and director. Her work has screened at festivals around the world and she has won several accolades, including a BAFTA TV Award for Room at the Top (2012) as well as an Irish Film and Television Award and a Canadian Screen Award for her direction of Maudie (2016). She is known for her "unflinching honest portrayals of a Catholic Irish society".