Barbara Ling is an American production designer. In 2020, she and set decorator Nancy Haigh won the Academy Award for Best Production Design for their work on Once Upon a Time in Hollywood . [1] [2] [3] [4] [5]

She grew up in Los Angeles and worked on numerous films, including Batman Forever , and Batman & Robin . [6]

Quentin Jerome Tarantino is an American film director, screenwriter, producer, and actor. His films are characterized by nonlinear storylines, dark humor, aestheticization of violence, extended scenes of dialogue, ensemble casts, references to popular culture and a wide variety of other films, eclectic soundtracks primarily containing songs and score pieces from the 1960s to the 1980s, alternate history, and features of neo-noir film. 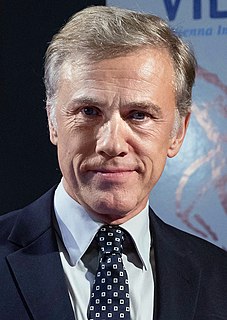 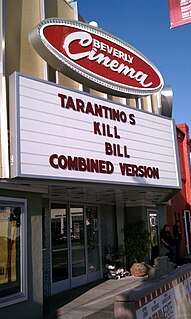 The New Beverly Cinema is a historic movie theater located in Los Angeles, California. Housed in a building that dates back to the 1920s, it is one of the oldest revival houses in the region. Since 2007, it has been owned by filmmaker Quentin Tarantino.

Arianne Phillips is an American costume designer. Phillips was recognized for her work on the Broadway musical Hedwig and the Angry Inch, starring Neil Patrick Harris, earning her a Tony award nomination for Best Costume Design. Phillips has a long-standing relationship with Madonna, with collaborations including photos shoots, music videos and designing tour costumes for six would tours over the past two decades. She has been nominated for the Academy Award for Best Costume Design three times, for James Mangold's Walk the Line (2005), for Madonna’s directorial debut, W.E. (2011), and for Quentin Tarantino's Once Upon a Time in Hollywood (2019). Phillips has also received a two BAFTA Award nominations for Tom Ford’s A Single Man (2009) and Quentin Tarantino's Once Upon a Time in Hollywood. 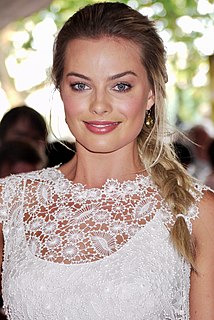 Margot Elise Robbie is an Australian actress and producer. She has received nominations for two Academy Awards, four Golden Globe Awards, and five BAFTA Awards. Time magazine named her one of the 100 most influential people in the world in 2017 and she was ranked among the world's highest-paid actresses by Forbes in 2019.

Quentin Tarantino is an American director, producer, screenwriter, and actor, who has written and directed ten films. 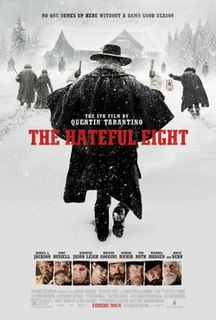 Mikey Madison is an American actress. She is best known for her starring role as Max Fox on the FX comedy-drama series Better Things (2016–present) and as Manson Family follower Susan "Sadie" Atkins in Quentin Tarantino's film Once Upon a Time in Hollywood (2019). 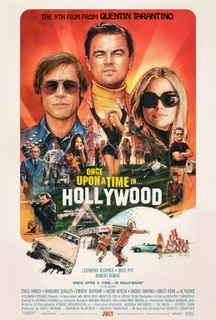 Once Upon a Time in Hollywood is a 2019 comedy-drama film written and directed by Quentin Tarantino. Produced by Columbia Pictures, Bona Film Group, Heyday Films, and Visiona Romantica and distributed by Sony Pictures Releasing, it is a co-production between the United States, United Kingdom, and China. It features a large ensemble cast led by Leonardo DiCaprio, Brad Pitt, and Margot Robbie. Set in 1969 Los Angeles, the film follows a fading character actor and his stunt double as they navigate the rapidly changing film industry, with the looming threat of the Tate-LaBianca Murders hanging overhead. It features "multiple storylines in a modern fairy tale tribute to the final moments of Hollywood's golden age."

Julia Butters is an American child actress. She received critical acclaim for her role as Trudi Fraser in Quentin Tarantino's Once Upon a Time in Hollywood. From 2016 to 2020, she starred as Anna-Kat Otto on ABC's sitcom American Housewife.

Samantha Robinson is an American actress. She has appeared in the film Sugar Daddies and played the lead role in the feature film The Love Witch directed by Anna Biller. She portrayed coffee heiress Abigail Folger in the 2019 film Once Upon a Time in Hollywood, directed by Quentin Tarantino.

Star Trek 4 is the working title for an American science fiction film in development at Paramount Pictures, based on the television series Star Trek by Gene Roddenberry. It is intended to be the 14th film in the Star Trek film series. There have been several different iterations of the film in development since 2015. 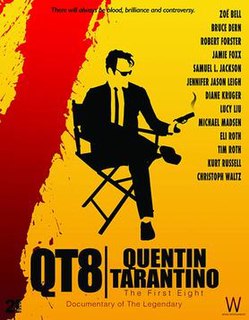 QT8: The First Eight is a 2019 American documentary film co-produced and directed by Tara Wood. The documentary chronicles the life of filmmaker Quentin Tarantino, from his start at Video Archives up to the releasing of Once Upon a Time in Hollywood. The film features interviews from his frequent collaborators of his films.