Eugenio Zanetti (born October 19, 1949) is an Argentine dramatist, painter, film set designer, and theater and opera director. He won an Academy Award for Best Art Direction in 1995, for the film Restoration .

Zanetti was born in Córdoba. After travelling to Europe in the mid 60's and meeting Pier Paolo Pasolini, he participated in the latter's film version of Medea . [1] After his father died, he returned to his country to help his family. He became involved in the cinema of Argentina, and provided set designs for Mario Sábato's The Power of Darkness (1979), for which he won a Moscow Film Festival Award for Design, and Alejandro Doria's Los Pasajeros del jardín (1982).

During the Malvinas/Falklands War he relocated to Los Angeles, and began a career in Hollywood working as the production designer for Wayne Wang in Slam Dance (1987). [2] Zanetti created set designs for Some Girls (1988), for which he won a Toronto Festival of Festivals Design Award, Flatliners (1990), Last Action Hero (1993), Soapdish (1991), and Restoration (1995), for which he earned an Academy Award for Best Art Direction. [3] He also designed set for What Dreams May Come (1998), The Haunting (1999), Alfonso Arau's Zapata: El sueño de un héroe (2004), and Roland Joffé's There Be Dragons (2011), among others. He returned to Argentine film in 2008, when he joined the production of Jorge Rodríguez's Árbol de fuego. [4] Ultimately, Árbol de fuego was not made into a film.

Zanetti's more than 40 theater and opera productions in Europe and South America include: A Masked Ball and Nabucco by Giuseppe Verdi, and Madama Butterfly and Tosca by Giacomo Puccini. He also had a successful career as Director of Musicals, receiving the Thalia Award (equivalent to the Tony Award) in Argentina for his local productions of They're Playing Our Song , Chicago and Dracula as a director, and the same award for his adaptation of Philippa Gregory's The White Queen. He also earned a Star of the Sea Award for The Cherry Orchard , Chapter Two , Company, and Peer Gynt .

Zanetti was interviewed by novelist, travel writer and critic, Jason Webster for The Idries Shah Foundation in London, on 29 August 2017. In the filmed interview, Zanetti was asked about the impact that the Sufi mystical tradition and the writer, thinker and Sufi teacher, Idries Shah, whose work he discovered in the 1960s, [5] had had on his life. [6] Zanetti said that for the past fifty years, since the age of nineteen, he had been interested and influenced by Sufism; that the impact of "the Tradition" on him had been immense, and that Idries Shah had put in context an "enormous amount of knowledge", of "incredible depth". [6] He added that the full, cultural impact of the Shah family's work in the tradition, including that of Zanetti's friend, film writer Arif Ali-Shah, will only become recognized and known with the passage of time, in years to come. [6]

Idries Shah, also known as Idris Shah, né Sayed Idries el-Hashimi and by the pen name Arkon Daraul, was an author and teacher in the Sufi tradition who wrote over three dozen books on topics ranging from psychology and spirituality to travelogues and culture studies, and also a leading thinker of the 20th century.

The Haunting is a 1999 American supernatural horror film directed by Jan de Bont. The film is an actionized reimagining of the 1959 novel The Haunting of Hill House by Shirley Jackson and its 1963 British psychological horror film adaptation with which it shares its name. The Haunting stars Liam Neeson, Catherine Zeta-Jones, Owen Wilson, and Lili Taylor. It was released in North America on July 23, 1999.

The Sarmoung Brotherhood was an alleged esoteric Sufi brotherhood based in Asia. The reputed existence of the brotherhood was brought to light in the writings of George Gurdjieff, a Greek-Armenian spiritual teacher. Some contemporary Sufi-related sources also claim to have made contact with the group although the earliest and primary source is Gurdjieff himself, leading most scholars to conclude the group was merely a fictional teaching device.

Omar Ali-Shah was a prominent exponent of modern Naqshbandi Sufism. He wrote a number of books on the subject, and was head of a large number of Sufi groups, particularly in Latin America, Europe and Canada. 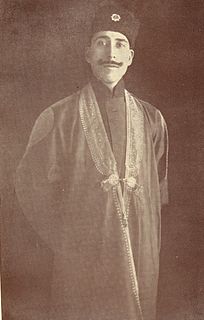 Sirdar Ikbal Ali Shah was an Indian-Afghan author and diplomat descended from the Sadaat of Paghman. Educated in India, he came to Britain as a young man to continue his education in Edinburgh, where he married a young Scotswoman.

Ivan Tyrrell is a British educator, writer, and artist. He lives with his wife Véronique in the Cotswolds, England.

Emilio Kauderer is an Argentine composer, orchestrator and songwriter residing in Los Angeles. He is best known for his scores for films including "Metegol (Underdogs)", "Secret in Their Eyes", and "A Place In the World". Kauderer won a Latin Grammy for his work on Bajofondo's 2002 album "Bajofondo Tango Club".

The Sufis is one of the best known books on Sufism by the writer Idries Shah. First published in 1964 with an introduction by Robert Graves, it introduced Sufi ideas to the West in a format acceptable to non-specialists at a time when the study of Sufism had largely become the reserve of Orientalists.

Sayyid Muhammed Shah, better known by his title as Jan-Fishan Khan, was a 19th-century Afghan warlord. He participated in the First Anglo-Afghan War (1839–42) and the Indian Rebellion of 1857, and on both occasions, he supported the British. For his services to the British, Khan was granted the estate of Sardhana and is the forefather of the Nawabs of Sardhana.

Arif Ali-Shah is a British film writer and screenplay writer. Following in his distinguished family's footsteps, he is also a teacher in the Naqshbandi Sufi mystical tradition.

Learning How to Learn: Psychology and Spirituality in the Sufi Way is a book by the writer Idries Shah that was first published by Octagon Press in 1978. Later editions by Harper & Row (1981) and Penguin Books include an introduction by Nobel Prize Winner Doris Lessing.

The Eleven Naqshbandi principles or the "rules or secrets of the Naqshbandi", known in Persian as the kalimat-i qudsiya, are a system of principles and guidelines used as spiritual exercises, or to encourage certain preferred states of being, in the Naqshbandi Sufi order of Islamic mysticism.

The Elephant in the Dark is a book by the writer Idries Shah, based on lectures he delivered at the University of Geneva as Visiting Professor in 1972–1973. He was invited to speak on the topic of “Salvation as a total surrender to God: an attempt at dialogue between Christians and Muslims.” 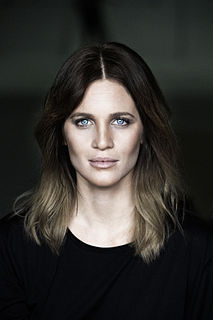 María Isabel Solari Poggio, known as Liz Solari, is an Argentine actress who began her career as a model, before becoming established in local and foreign cinema. She is a Unicef Ambassador in Argentina.

The Idries Shah Foundation (ISF) is an independent educational and cultural charity, set up by the family of the late thinker, writer, and teacher in the Sufi mystical tradition, Idries Shah, who wrote over three dozen books on topics ranging from psychology and spirituality to travelogues and culture studies.

The Pleasantries of the Incredible Mulla Nasrudin is a book by the writer Idries Shah, based on lectures he delivered at the University of Geneva as Visiting Professor in 1972–1973. Published by Octagon Press in 1968, the book was re-released in paperback, ebook and audiobook editions by The Idries Shah Foundation in 2015.

The Exploits of the Incomparable Mulla Nasrudin is a book by the writer Idries Shah, It consists of jokes and anecdotes involving the wise fool of Middle Eastern folklore, Mulla Nasrudin. Published by Octagon Press in 1966, the book was re-released in paperback, ebook and audiobook editions by The Idries Shah Foundation in 2014 and 2015.

Amapola is a 2014 Argentine-American romantic comedy fantasy film written and directed by Eugenio Zanetti and starring Camilla Belle, François Arnaud, Lito Cruz, Leonor Benedetto and Geraldine Chaplin. It is the first film as a director of Zanetti, who was previously known for his work in art direction, as well as set designer and theater/opera director.

Kara Kush, subtitled The Gold of Ahmad Shah, is an adventure novel by the Anglo–Afghan writer, thinker and teacher in the Sufi mystical tradition, Idries Shah.