Dean Tavoularis (Greek : Κωνσταντίνος Ταβουλάρης; born May 18, 1932) is a Greek American motion picture production designer whose work appeared in numerous box office hits such as The Godfather films, Apocalypse Now , The Brink's Job , One from the Heart and Bonnie and Clyde .

Although born in Lowell, Massachusetts, to Greek immigrant parents, Tavoularis spent his entire childhood and teenage years in Los Angeles, in the shadow of the Hollywood studios. He studied architecture and painting at different art schools and landed a job at the Disney Studios first as an in-betweener in the animation department, and later as a storyboard artist. In 1967, Arthur Penn called him to take charge of the artistic direction of Bonnie and Clyde . Three years later, Penn called him once again to design Little Big Man . But it was working with Francis Ford Coppola in 1972 on The Godfather that set the creative tone of his career. The Godfather Part II and The Conversation , in 1974, consolidated their collaboration, and laid the way for what was to be their joint creative challenge: Apocalypse Now , the film for which Tavoularis created a nightmare jungle kingdom, inspired by Angkor Wat. It was also on the set of Apocalypse Now that he met his future wife, French actress Aurore Clément. (Clément's role was eventually edited out of the final cut of the film, and only restored in the Apocalypse Now Redux version in 2001.

From 1967 until 2001, he worked on over thirty movies and landed five Academy Award nominations for Best Art Direction, one of which he won for The Godfather Part II . For the 1982 release One from the Heart he recreated both the Las Vegas 'strip' and McCarran International Airport on the sound stages of Zoetrope Studios. The list of directors with whom he has worked includes: Michelangelo Antonioni ( Zabriskie Point , 1970), Wim Wenders ( Hammett , 1982), Warren Beatty ( Bulworth , 1998) and Roman Polanski ( The Ninth Gate , 1999). 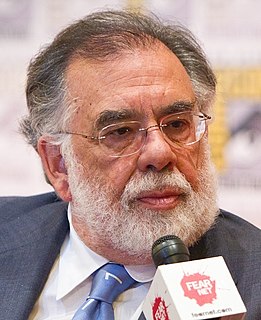 Francis Ford Coppola is an American film director, producer and screenwriter. He was a central figure in the New Hollywood filmmaking movement of the 1960s and 1970s, and is widely considered to be one of the greatest filmmakers of all time. His accolades include five Academy Awards, six Golden Globe Awards, two Palmes d'Or, and a British Academy Film Award. 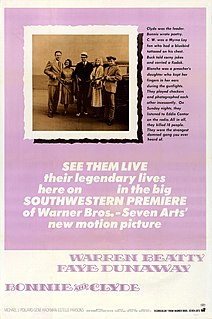 Bonnie and Clyde is a 1967 American biographical crime film directed by Arthur Penn and starring Warren Beatty and Faye Dunaway as the title characters Clyde Barrow and Bonnie Parker. The film also features Michael J. Pollard, Gene Hackman, and Estelle Parsons. The screenplay was written by David Newman and Robert Benton. Robert Towne and Beatty provided uncredited contributions to the script; Beatty produced the film. The music was composed by Charles Strouse.

Mario Gianluigi Puzo was an American author, screenwriter, and journalist. He is known for his crime novels about the Italian-American Mafia and Sicilian Mafia, most notably The Godfather (1969), which he later co-adapted into a film trilogy directed by Francis Ford Coppola. He received the Academy Award for Best Adapted Screenplay for the first film in 1972 and for Part II in 1974. Puzo also wrote the original screenplay for the 1978 Superman film and its 1980 sequel. His final novel, The Family, was released posthumously in 2001.

Michael J. Pollard was an American actor. He is best known for his role as C.W. Moss in the film Bonnie and Clyde (1967), which earned him critical acclaim along with nominations for an Academy Award, a British Academy Film Award, and two Golden Globe Awards.

Milton Clark Avery was an American modern painter. Born in Altmar, New York, he moved to Connecticut in 1898 and later to New York City.

Aurore Clément is a French actress who has appeared in French and English language movies and television productions.

Walter Scott Murch is an American film editor, director, writer and sound designer. With a career stretching back to 1969, including work on THX1138, Apocalypse Now, The Godfather I, II, and III, American Graffiti, The Conversation, and The English Patient, with three Academy Award wins, he has been referred to by Roger Ebert as "the most respected film editor and sound designer in the modern cinema."

New Hollywood, sometimes referred to as the American New Wave or the Hollywood Renaissance, refers to a movement in American film history from the mid-1960s to the early 1980s, when a new generation of young filmmakers came to prominence in the United States. They influenced the types of film produced, their production and marketing, and the way major studios approached film-making. In New Hollywood films, the film director, rather than the studio, took on a key authorial role. The definition of New Hollywood varies, depending on the author, with some defining it as a movement and others as a period. The span of the period is also a subject of debate, as well as its integrity, as some authors, such as Thomas Schatz, argue that the New Hollywood consists of several different movements. The films made in this movement are stylistically characterized in that their narrative often strongly deviated from classical norms. After the demise of the studio system and the rise of television, the commercial success of films was diminished. 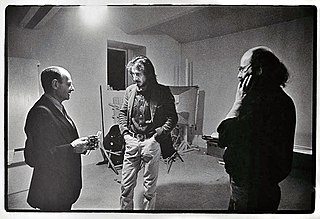 Irving Penn was an American photographer known for his fashion photography, portraits, and still lifes. Penn's career included work at Vogue magazine, and independent advertising work for clients including Issey Miyake and Clinique. His work has been exhibited internationally and continues to inform the art of photography. 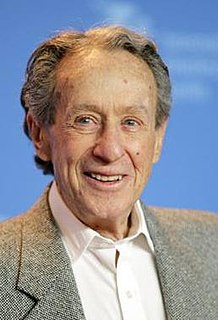 Arthur Hiller Penn was an American director and producer of film, television and theater. Closely associated with the American New Wave, Penn directed critically acclaimed films throughout the 1960s such as the drama The Chase (1966), the biographical crime film Bonnie and Clyde (1967) and the comedy Alice's Restaurant (1969). He also got attention for his revisionist Western Little Big Man (1970). 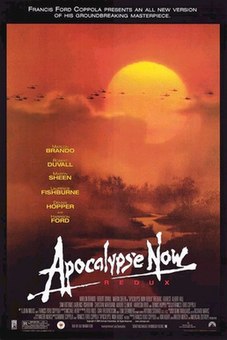 One from the Heart is a 1982 American musical film co-written and directed by Francis Ford Coppola and starring Frederic Forrest, Teri Garr, Raul Julia, Nastassja Kinski, Lainie Kazan, and Harry Dean Stanton. The story is set entirely in Las Vegas. 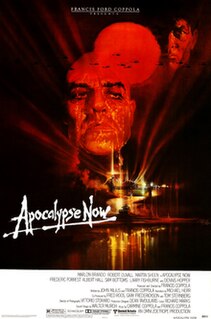 Apocalypse Now is a 1979 American epic psychological war film directed and produced by Francis Ford Coppola. It stars Marlon Brando, Robert Duvall, Martin Sheen, Frederic Forrest, Albert Hall, Sam Bottoms, Laurence Fishburne, Harrison Ford, and Dennis Hopper. The screenplay, co-written by Coppola and John Milius with narration written by Michael Herr, is loosely based on the 1899 novella Heart of Darkness by Joseph Conrad, with the setting changed from late 19th-century Congo to the Vietnam War. The film follows a river journey from South Vietnam into Cambodia undertaken by Captain Benjamin L. Willard (Sheen), who is on a secret mission to assassinate Colonel Kurtz (Brando), a renegade Army Special Forces officer accused of murder and who is presumed insane.

Angelo P. Graham (1932-2017) was an American art director. He won an Oscar and was nominated for three more in the category Best Art Direction. He worked on nearly 30 films during his 30-year career.

George R. Nelson was an American set decorator. He won an Academy Award and was nominated for three more in the category Best Art Direction.

Barry M. Malkin was an American film editor with about 30 film credits. He is noted for his extended collaboration with director Francis Ford Coppola, having edited most of Coppola's films from 1969 to 1997. In particular, Malkin worked with Coppola on four of the component and compilation films of the Godfather Trilogy, though he did not edit the first film, The Godfather. Film critic Roger Ebert called the first two Godfather films a "cultural bedrock".