Sandales was born and grew up in Gateacre, Liverpool. He attended the local comprehensive school, before attending University of Roehampton and getting his first job. [1]

John Towner Williams is an American composer, conductor, and pianist. Widely regarded as one of the greatest film composers of all time, he has composed some of the most popular, recognizable, and critically acclaimed film scores in cinematic history in a career spanning over six decades. Williams has won 25 Grammy Awards, seven British Academy Film Awards, five Academy Awards, and four Golden Globe Awards. With 52 Academy Award nominations, he is the second most-nominated individual, after Walt Disney. In 2005 the American Film Institute selected Williams's score to 1977's Star Wars as the greatest American film score of all time. The Library of Congress also entered the Star Wars soundtrack into the National Recording Registry for being "culturally, historically, or aesthetically significant". 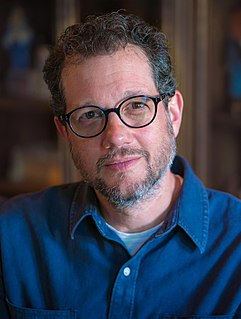 Michael Giacchino is an American composer of music for films, television and video games. He has received an Academy Award, a Primetime Emmy Award, and three Grammy Awards.

Roger Alexander Deakins is an award-winning English cinematographer, best known for his work on the films of the Coen brothers, Sam Mendes and Denis Villeneuve. Deakins has been admitted to both the British Society of Cinematographers and to the American Society of Cinematographers. He is the recipient of five BAFTA Awards for Best Cinematography, and has had fifteen nominations and two wins for the Academy Award for Best Cinematography. His most well-known works include The Shawshank Redemption, Fargo, A Beautiful Mind, Skyfall, Sicario, Blade Runner 2049, and 1917, the last two of which earned him the Academy Awards.

Doug Chiang is a Taiwanese-American film designer and artist. He currently serves as vice president and executive creative director of Lucasfilm.

Gary Roger Rydstrom is an American sound designer and director. He has been nominated for 19 Academy Awards for his work in sound for movies, winning 7.

Star Wars comics have been produced by various comic book publishers since the debut of the 1977 film Star Wars. An eponymous series by Marvel Comics began in 1977 with a six-issue comic adaptation of the film and ran for 107 issues until 1986. Blackthorne Publishing released a three-issue run of 3-D comics from 1987 to 1988. Dark Horse Comics published the limited series Dark Empire in 1991, and ultimately produced over 100 Star Wars titles until 2014, including manga adaptations of the original trilogy of films and the 1999 prequel The Phantom Menace. The Walt Disney Company acquired Marvel in 2009 and Lucasfilm in 2012, and the Star Wars comics license returned to Marvel in 2015. In 2017, IDW Publishing launched the anthology series Star Wars Adventures.

Star Wars: The Force Awakens is a 2015 American space opera film produced, co-written and directed by J. J. Abrams. It is the first installment in the Star Wars sequel trilogy, following the story of Return of the Jedi (1983), and is the seventh episode of the nine-part "Skywalker saga". It was produced by Lucasfilm and Abrams's production company Bad Robot Productions, and was distributed by Walt Disney Studios Motion Pictures. The film's ensemble cast includes Harrison Ford, Mark Hamill, Carrie Fisher, Adam Driver, Daisy Ridley, John Boyega, Oscar Isaac, Lupita Nyong'o, Andy Serkis, Domhnall Gleeson, Anthony Daniels, Peter Mayhew, and Max von Sydow. Set 30 years after Return of the Jedi, The Force Awakens follows Rey, Finn, Poe Dameron, and Han Solo's search for Luke Skywalker and their fight in the Resistance, led by General Leia Organa and veterans of the Rebel Alliance, against Kylo Ren and the First Order, a successor to the Galactic Empire.

Scott Alexander Millan is an American sound re-recording mixer, a member of the Board of Governors of the Academy of Motion Picture Arts and Sciences, and Sound Director for Technicolor at Paramount Studios. He is known for his collaborations with Sam Mendes, Tate Taylor, Oliver Stone, Frank Marshall, as well as his early work with Judd Apatow and the Farrelly brothers. Millan has won four Academy Awards for his work in sound for motion picture.

Joe Letteri, ONZM is a senior visual effects artist, winner of four Academy Awards, four BAFTA awards and four VES awards. He is the current Director of the Academy Award-winning Weta Digital, having joined the company in 2001. He has received several awards and nominations as visual effects supervisor, the latest being War for the Planet of the Apes. He attended Center High School (Pennsylvania) in 1975 and graduated from the University of California, Berkeley in 1981. He gave the keynote address at UC Berkeley's December Convocation on 19 December 2010.

John Adedayo B. Adegboyega , known professionally as John Boyega, is an English actor known for playing Finn in the Star Wars sequel trilogy films, The Force Awakens (2015), The Last Jedi (2017), and The Rise of Skywalker (2019). Boyega rose to prominence in his native United Kingdom for his role as Moses in the 2011 sci-fi comedy film Attack the Block.

The Revenant is an American epic adventure drama filmdirected by Alejandro González Iñárritu. The screenplay by Mark L. Smith and Iñárritu is based in part on Michael Punke's 2002 novel of the same name, describing frontiersman Hugh Glass's experiences in 1823. That novel is in turn based on the 1915 poem The Song of Hugh Glass. The film stars Leonardo DiCaprio, Tom Hardy, Domhnall Gleeson, and Will Poulter. 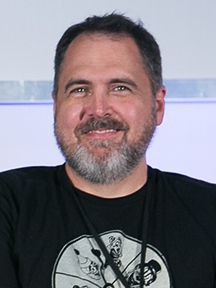 David Acord is an American sound editor and voice actor best known for his contribution as a supervising sound editor of the 2015 film Star Wars: The Force Awakens. Acord received a nomination for the Academy Award for Best Sound Editing and British Academy Film Award for Best Sound for his work on The Force Awakens, with fellow sound editor Matthew Wood. He also provided the voice of several characters in the film, including the stormtrooper FN-2199. Though the voice role is minimal, the character gained considerable attention on the Internet following the film's release. Acord also had minor voice roles as an Imperial Male PA and two stormtroopers on episodes of Star Wars Rebels. In 2020, he received his second Academy Award nomination for Best Sound Editing for 2019 film Star Wars: The Rise of Skywalker, shared with Matthew Wood.