Caballero was raised in Mexico City. After studying the history of art and history of cinema in Florence, Italy, his career as a production designer began in Mexico, with award-winning work on music videos (MTV awards) and short films. Soon, he started to work in feature films as an assistant and a set decorator.

His first collaboration with J.A.Bayona on The Impossible, starring Naomi Watts, Ewan McGregor and Tom Holland, earned him a Goya nomination and an Art Directors Guild nomination in 2013.

In 2014, Caballero designed the Paralympic Opening Ceremony of the 2014 Winter Olympics, for director Daniele Finzi, with whom he have also collaborated with the Cirque du Soleil in the show “Luzia” in 2016.

In 2015 and 2016, he worked on the film A Monster Calls, also directed by J.A. Bayona and based on the multi awarded book by Patrick Ness, which earned him a “Goya” early this year on his third nomination to this award. He received the Gaudi Award for the same film.

Caballero has been nominated 5 times for the Ariel award - Mexico’s main film award, of which he has won 2.

He has served as a Jury member on numerous international festivals and he is a member of the AMPAS (Academy of Motion Picture Arts and Sciences), the Mexican and Spanish film academies. 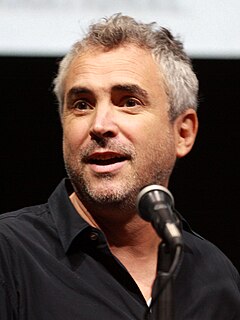 Alfonso Cuarón is a Mexican film director, producer, screenwriter, cinematographer and editor. Cuaron is the first Mexico-born filmmaker to win the Academy Award for Best Director. He has been nominated for Academy Awards in six different categories, a record he shares with Walt Disney and George Clooney. 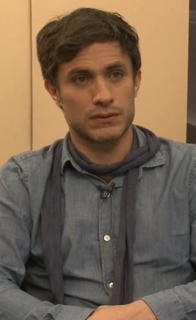 Gael García Bernal is a Mexican actor and producer. García Bernal is best known for his performances in the films Bad Education, The Motorcycle Diaries, Amores perros, Y tu mamá también, Babel, and Coco, and for his role as Rodrigo de Souza in the Amazon Studios' streaming television series Mozart in the Jungle. He and Diego Luna founded Canana Films in Mexico City.

Nuevo Cine Mexicano, also referred to as New Mexican Cinema is a Mexican film movement started in the early 1990s. Filmmakers, critics, and scholars consider Nuevo Cine Mexicano a "rebirth" of Mexican cinema because of the production of higher-quality films. This rebirth led to high international praise as well as box-office success, unseen since the golden age of Mexican cinema of the 1930s to 1960s. The quality of Mexican films suffered in the decades following the golden age due in part to Mexican audiences watching more overseas films, especially Hollywood productions. This resulted in the rise of infamous Mexican genres such as Luchador films, sexicomedias and ultimately the low-budget direct-to-video Mexploitation film.

Fernando Velázquez is a Spanish concert, film and TV composer. Among his best known works are the film soundtracks for Juan Antonio Bayona’s films: The Orphanage, The Impossible and A Monster Calls, for which he won the Goya Film Award for Best Original Composition in 2017.

The 67th British Academy Film Awards, more commonly known as the BAFTAs, were held on 16 February 2014 at the Royal Opera House in London, honouring the best national and foreign films of 2013. The nominations were announced on 8 January 2014 by actor Luke Evans and actress Helen McCrory. Presented by the British Academy of Film and Television Arts, accolades were handed out for the best feature-length film and documentaries of any nationality that were screened at British cinemas in 2013.

Roma is a 2018 drama film written and directed by Alfonso Cuarón, who also produced, shot, and co-edited it. Set in 1970 and 1971, Roma follows the life of a live-in housekeeper of a middle-class family, as a semi-autobiographical take on Cuarón's upbringing in the Colonia Roma neighborhood of Mexico City. The film stars Yalitza Aparicio and Marina de Tavira. 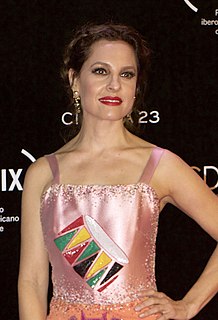 Marina de Tavira Servitje is a Mexican actress. She is internationally known for her role in the film Roma (2018), which received widespread acclaim and earned her an Academy Award nomination.

Nicolás Celis is a Mexican film producer. He received a nomination for the Academy Awards for best film for his work as a producer in the film Roma, alongside Alfonso Cuarón and Gabriela Rodríguez. For the same film he received four BAFTA Awards, the award for Best International Film at the British Independent Film Awards, two Golden Globes and three Academy Awards In 2017, the producer was named "Talent to watch", by The Hollywood Reporter