Seongnam (Korean pronunciation:  [ˈsʌŋ.nam] ) is the second largest city in South Korea's Gyeonggi Province after Suwon [2] and the 10th largest city in the country. Its population is approximately one million. Seongnam is a satellite city of Seoul. It is largely a residential city located immediately southeast of Seoul and belongs to the Seoul National Capital Area.

Seongnam, the first planned city in Korea's history, was conceived during the era of President Park Chung-Hee for the purpose of industrializing the nation by concentrating electronic, textile, and petrochemical facilities there during the 1970s and 1980s. The city featured a network of roads, to Seoul and other major cities, from the early 1970s on. Today, Seongnam has merged with the metropolitan network of Seoul. Bundang, one of the districts in Seongnam, was developed in the 1990s.

To accelerate the dispersion of Seoul's population to its suburbs and relieve the congested Seoul metropolitan area, the Korean government has provided stimulus packages to large public corporations and private companies to be headquartered in the Bundang district. Bundang-gu is now home to prominent companies such as KT [3] (formerly Korea Telecom).

In recent years, a movement to have Seongnam designated a metropolitan city capable of governing itself has arisen.

Nowcom has its headquarters in Bundang, Seongnam. [5]

Pangyo Techno Valley is the premier industrial complex in Seongnam. [6]

The city's only international school is Korea International School - Pangyo. Seongnam is home to the Seongnam Foreign Language High School Seongnam is also the home to Gachon University's primary campus. [7]

Seongnam is twinned with: [9] 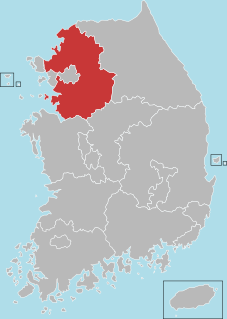 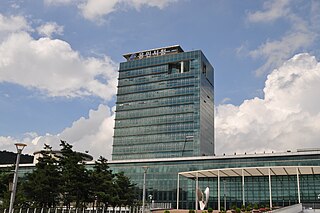 Yongin is a major city in the Seoul Capital Area, the largest in Gyeonggi Province, South Korea. With a population over 1 million, the city has developed rapidly since the 21st century, recording the highest population growth of any city in the country. Yongin is home to Everland and Caribbean Bay, South Korea's most popular amusement and water parks. The city is also home to the Korean Folk Village, the largest of its kind. 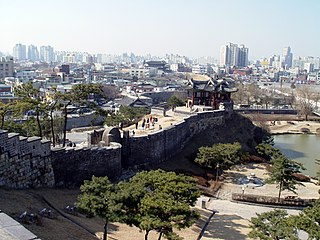 Suwon is the capital and largest city of Gyeonggi-do, South Korea's most populous province which surrounds Seoul, the national capital. Suwon lies about 30 km (19 mi) south of Seoul. It is traditionally known as "The City of Filial Piety". With a population close to 1.3 million, it is larger than Ulsan, although it is not governed as a metropolitan city. 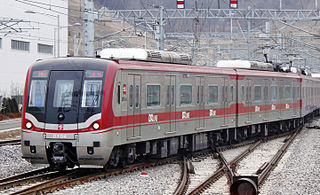 The Shinbundang Line or DX Line for Dynamic Express Line is a 31 km (19 mi) long line of the Seoul Metropolitan Subway. It is the world's fifth subway to run completely driverless and the second completely driverless metro line to open in South Korea, after Busan Subway Line 4. It connects Gangnam Station and Gwanggyo Station in 37 minutes, a feat achieved by being the first line to operate South Korea's next-generation subway car travelling at over 90 km/h (56 mph), with the fastest average speed of any subway in the country. 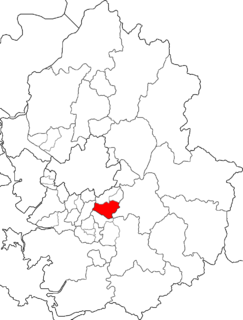 Bundang-gu is the largest and most populous district (gu) of Seongnam, a major city in the Seoul Capital Area, South Korea. Bundang-gu is one of South Korea's wealthiest and highest developed areas, being the nation's first and largest completely artificial city built in the early 1990s. Many high-rise luxury condos moved in the early 2000s, with a second planned city built in the late 2000s called Pangyo in the same district. Apartment prices are the second highest in Gyeonggi-do after Gwacheon and 10th highest nationwide, higher than many central Seoul districts such as Mapo-gu or Jongno-gu. Apartments around Pangyo Station and the high-rise luxury condos around Jeongja Station and Sunae Station rival prices in the most expensive areas in the country. Unlike older cities such as Seoul, Bundang has no telephone poles overground, resulting in a clean cityscape with well-designed streets.

Hyundai Department Store, together with Lotte Department Store and Shinsegae, is one of the three major department store chains in South Korea. It has 15 locations and more than $6 billion in annual sales.

The Cathedral of Saint John is a Roman Catholic church located in Bundang-dong, Bundang-gu, Seongnam, South Korea and the exact address is 498 Seohyeon-ro, Bundang-gu, Seongnam, Gyeonggi-do, South Korea. It employs a balance of both modern as well as gothic-style architecture. It features a replica of Michelangelo's Pietà; one of only three in the world officially authorized by the Vatican. 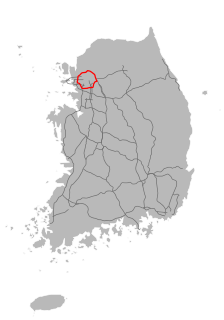 Sujeong-gu is a district (gu) in Seongnam, Gyeonggi-do, South Korea. 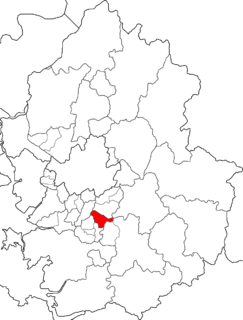 Suji-gu, or Suji, is one of the three city districts in Yongin City, South Korea which is approximately 29 km south of Seoul. Suji became a city district on October 31, 2005, about nine years after Yongin officially became a city. When Yongin City was established in 1996, both urban and rural areas were covered to become a part of the city; thus to this day, Yongin's urbanization is varied throughout different regions of the city. Suji is one of the most urbanized areas of Yongin, as it borders Seongnam City's Bundang District and Suwon City, two more well developed areas. Home to the newly built Shinsegae Department Store and Dankook University in one of its towns, Jukjeon, Suji is rapidly developing as Yongin City becomes more and more urbanized. In recent years, the district has attracted upper-class Koreans, with the completion of the Samsung East Palace in 2010. 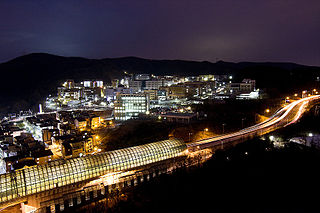 Jukjeon-dong is a dong in Suji-gu of Yongin city. Jukjeon was divided into Jukjeon 1-dong and Jukjeon 2-dong on December 24, 2001, when Suji-eup was promoted into Suji-gu. Jukjeon borders Seongnam city to the north, Mohyeon-Eup of Cheoin-gu to the east, and Giheung-gu to the south. Tancheon flows through the neighborhood, with west of the stream classified as Jukjeon 1-dong and the east of it classified as Jukjeon 2-dong. Jeongpyeongcheon, a stream, also flows into Tancheon at Jukjeon. Along the banks of Tancheon are small parks and paths for walkers and cyclists. 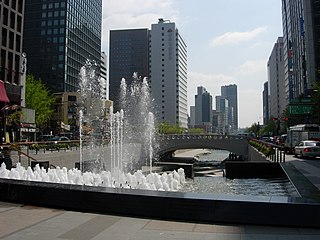 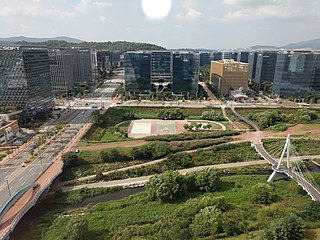 Pangyo Techno Valley (PTV) is an industrial complex in the city of Pangyo, Seongnam, Gyeonggi Province, South Korea. It is also known as the Silicon Valley of Korea. The complex focuses on information technology, biotech, cultural technology and fusion technology. One of the benefits of the diversity of fields and businesses is the maximized growth potential in the field of high-tech technology through exchanges between the companies. The location within a major metropolitan area creates synergy effects because of the proximity to other techno valleys or adjacent knowledge-based infrastructure clusters in the province. The business environment of the PTV is supported by the government of the Gyeonggi Province through the implementation of various support facilities as for examples a R&D center or public support center.

Pangyo Junction, also known as the Pangyo JC, is a junction located in Bundang-gu and Sujeong-gu, Seongnam, Gyeonggi, South Korea. Gyeongbu Expressway and Seoul Ring Expressway meet here. It is named after the new town in which it is located, Pangyo. The type of junction is Changed Y interchange.

The Bundang-Suseo Urban Expressway, is an urban expressway in South Korea, connecting Bundang-gu to Sujeong-gu in Seongnam, Gyeonggi Province.

The Bundang-Naegok Urban Expressway, is an urban expressway in South Korea, connecting Bundang-gu to Sujeong-gu in Seongnam, Gyeonggi Province.