Thazhakkara is a village in Alappuzha district in the Indian state of Kerala. Thazhakkara is one among the five Villages in Mavelikkara Taluk in Alappuzha District. Justice C.T.Ravikumar, Judge of Supreme Court of India is a native of Thazhakara.

Some of the industries based in Thazhakkara are:

Kayamkulam is a town and municipality in the Alappuzha district of Kerala, second biggest town in Alappuzha district. It is located on the western coast of India, and was an ancient maritime trading center. One of the largest thermal power plants in Kerala, the Rajiv Gandhi Combined Cycle Power Plant run by the NTPC, is situated at Haripad. Kayamkulam is part of the Karthikappally tehsil. Krishnapuram Palace is located nearby. 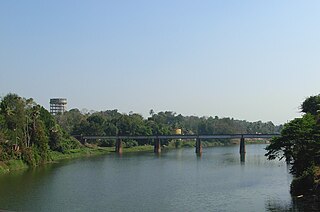 Vettiyar is a village in the district of Alappuzha, in Kerala, India, on the Mavelikkara - Pandalam road. It lies on the banks of Achankovil river. It is situated between Mavelikkara and Pandalam.

Ennakkad is a ward in Budhanoor Grama Panchayat, Alappuzha district in the Indian state of Kerala.

Vallikunnam is a village in Mavelikara taluk of Alappuzha district in the Indian state of Kerala.

Pallickal may refer to: 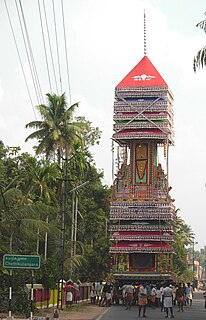 Bishop Moore College is an aided college in Mavelikkara, Alappuzha, Kerala, India, affiliated with the University of Kerala. The college ranked 76 in NIRF 2020, in the rank band 101–150 in NIRF 2019, and ranked 92 in NIRF 2018. The college was accredited by NAAC with an "A" Grade in 2017. The college is managed by the Madhya Kerala Diocese of the Church of South India, and offers 11 undergraduate programs, five postgraduate programs, and two research programs. It is located at Kallumala, Mavelikara. The current principal of the college is Dr. Jacob Chandy.

Karikkanvilla murder is a criminal incident occurred at Meenthalakkara in Tiruvalla, in the south Indian state of Kerala in 1980. The murder was one of the criminal cases which drew considerable media and public interest in Kerala, which eventually led to the arrest and conviction of all the four accused. The case also led to a debate on the legal and moral implications of capital punishment as the prime accused, Reni George, went on to become a noted social worker. 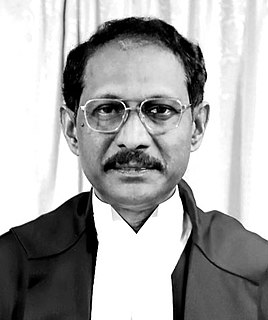 Chudalayil Thevan Ravikumar is a Judge of Supreme Court of India. He is former Judge of Kerala High Court.