Muthukulam has total administration over 5,692 houses to which it supplies basic amenities like water, electricity and sewerage. It is also authorised to build roads within its limits and impose taxes on properties coming under its jurisdiction. [1]

Muthukulam is a small backwater village in Central Kerala. It is bordered by the Kanyakumari-Panvel National Highway 66 on the east and the backwaters to the west. A narrow strip of land comprising Aratupuzha village beyond the backwaters separates Muthukulam from the Arabian sea in the West. The nearest major town is Haripad which is well connected by Haripad-Muthukulam-Kayamkulam road. The nearest railway station are Haripad(HAD) and Kayamkulam(KYJ).

Pandavarkaavu Temple which is one of the oldest and important temples in the erstwhile Travancore is the major attraction of Muthukulam. The temple which is believed to have been installed by Kunti Devi, Mother of the Pandavas, has goddess Durga as the presiding deity. According to legend, each Pandavas had installed an idol of Lord Vishnu in the five places on the banks of the River Pampa and their mother installed Durga at Muthukulam. They developed an idol with clay and offered it 'Kadalipazham' a variety of banana. Still 'Kadalipazham' serving to goddess is practiced by devotees. The shrines installed by pandavas dedicated to Lord Vishnu at Thrichitat, Thiruppuliyoor, Thiruvaranmula, Thiruvanvandoor and Thrikkodithanam, located in central Kerala districts, are collectively called ‘Pandava Temples’ of the state. According to legend, the idol of Thrichittat temple was installed by the eldest Pandava Yuddhishtra, Tiruppuliyoor by Bheema, Thiruvaranmula by Arjuna and the idols of Tiruvanvandoor and Thrikkodithanam temples respectively by youngest ones Nakula and Sahadeva.

Travancore Devaswom Board (TDB) is drawing up an ambitious pilgrim tourism circuit programme connecting the ‘Pandava temples’ under the Centre’s ‘Swadesh Darshan’ scheme, which is meant for theme-based development of destinations.

Muthukulam is part of Haripad Assembly Constituency.Ramesh Chennithala of Indian National Congress is the Current Member of legislative Assembly.

Muthukulam is a place where the two alliances, UDF and LDF, have comparable power. After the 2020 Local Government Polls, CPIM led LDF is ruling the panchayat with a support of two independent members.

Indian National Congress is the single largest party in the Panchayat with 5 ward members. CPI(M) and BJP has 4 members each.

Muthukulam Block Panchayath is ruled by CPIM led LDF with a huge majority.

Cherthala, IPA: [t͡ʃeːrt̪ːɐlɐ], is a Municipal town and a Taluk located in the district of Alappuzha, in the state of Kerala, India.

Kayamkulam is a municipality in the Alappuzha district of Kerala, India. It is located on the western coast of India, and was an ancient maritime trading center. One of the largest thermal power plants in Kerala, the Rajiv Gandhi Combined Cycle Power Plant run by the NTPC, is situated at Haripad. Kayamkulam is part of the Karthikappally tehsil. Krishnapuram Palace is located nearby. 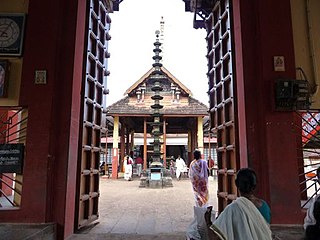 Haripad is a Municipality in Alappuzha District, Kerala, India located between Alappuzha and Kollam on the National Highway 66. Haripad is bordered on the east by Pallippad, Veeyapuram and Karuvatta to the north, Kumarapuram and Karthikappally to the West, and on the south by Cheppad.It is known as the land of art, artists, land of snake boats, land of music, dance and drama. It is also popularly known as Kshetranagari in which Haripad Temple being the chief one among them.A main feature of Haripad which attracts even the foreigners is the "Payippad Jalolsavam". It is believed that the currently worshiping idol of Lord Subrahmanya was brought from Kandalloor with escort of snake boats and Valla Sadya. The Rajiv Gandhi Combined Cycle Power Plant is located in Haripad Assembly Constituency.

{{Infobox person | name = Muthukulam Raghavan Pillai | image = | imagesize = | caption = | birth_date = 1900 | birth_place = [[Muthukulam], Travancore Now in Alappuzha, Kerala State, India | death_date = 1979, Madirasi, Tamilnadu, India | death_place = | restingplace = | restingplacecoordinates = | othername = | occupation = Actor, Playwright, Screenwriter, Poet | yearsactive = | spouse = | domesticpartner = | children = | parents = | awards = | website = | influences = | influenced = }} Muthukulam Raghavan Pillai (1900–1979) was a Malayalam dramatist, poet, screen play writer and actor who was well known in the role of Ashaan in Kavyamela. He was born in 1900 in Muthukulam, a small village near Haripad in Alappuzha District, Kerala, India. Known as the Akshara Guru of Malayalam talkie films, he wrote the screenplay and dialogues of Balan, the first Malayalam talkie and Jeevithanauka, the first box office hit in the Malayalam film industry. He is also the author of about 55 dramas and dozens of film stories and screenplays. In 1968, he acted in Viruthan Shanku, the first full-length comedy in Malayalam cinema directed by P. Venu. He acted in around 150 Malayalam films and wrote Tataka Parinayam Kathakali. An award named Muthukulam Raghavan Pillai Puraskaram has been instituted by Muthukulam Raghavan Pillai Samraka Samithi in honour of him. 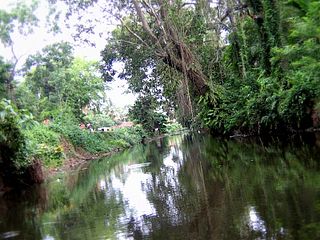 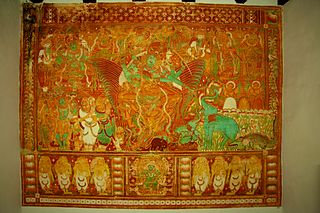 Pallippad is a village near Haripad in Alappuzha district in the Indian state of Kerala. The name Pallippad is believed to be derived from Buddhist terminology.The famous River Achankovil Aar passes by Pallippad before it reaches Veeyapuram. The village has abundant water resources, small lakes, and water paths that connect to Alappuzha.

Vettikulangara Devi Temple Cheppad near Harippad, Alappuzha, Kerala is one of the oldest temples in Kerala.This temple is dedicated to Durga Devi and the goddess is also known as Karthiyayini Devi.