The Rake's Progress is a 1945 British comedy-drama film. [2] In the United States, the title was changed to Notorious Gentleman. [3] The film caused controversy with U.S. censors of the time, who trimmed scenes for what was considered graphic amoral and sexual content. [3]

The plot follows the career of upper-class cad Vivian Kenway (Rex Harrison). He is sent down from Oxford University for placing a chamber pot on the Martyrs' Memorial. Sent to South America after his father pulls a favour from a friend, he is fired for heckling the managing director while drunk.

A friend offers him a job, but he responds by seducing his wife and is found out. His jobs decline, as he moves from employment as racing driver to shop assistant to dancing partner. He lives a life of womanising and heavy drinking and constantly runs up large debts, which his family has to pay. One girl tries to kill herself. Driving while drunk and taking risks, he crashes and causes the death of his father, Colonel Kenway (Godfrey Tearle). Kenway is eaten up by guilt in consequence. Another girl tries to rescue him.

The plot diverges from the theme of the Rake's Progress paintings by having him redeem himself by a hero's death in World War II.

The New York Times described the film as "an oddly deceptive affair which taxes precise classification. It plays like a comedy-romance, but all the way through it keeps switching with brutal abruptness to the sharpest irony...As a consequence, a curious unevenness of emphasis and mood prevails, and initial sympathy with the hero is frequently and painfully upset"; [4] while more recently, TV Guide wrote, "the film is filled with wit and style. It does not treat its unattractive subject with sympathy, yet remains sensitive and touching." [5]

A Rake's Progress is a series of eight paintings by 18th-century English artist William Hogarth. The canvases were produced in 1732–1734, then engraved in 1734 and published in print form in 1735. The series shows the decline and fall of Tom Rakewell, the spendthrift son and heir of a rich merchant, who comes to London, wastes all his money on luxurious living, prostitution and gambling, and as a consequence is imprisoned in the Fleet Prison and ultimately Bethlem Hospital (Bedlam). The original paintings are in the collection of Sir John Soane's Museum in London, where they are normally on display for a short period each day.

On the Double is a 1961 comedy film, directed by Melville Shavelson, who also wrote the screenplay with Jack Rose. It stars Danny Kaye who plays, as in many of his films, two roles — in this case, an American soldier and a British General.

Chertsey Bridge is a road bridge across the River Thames in England, connecting Chertsey to low-lying riverside meadows in Laleham, Surrey. It is 550 yards (500 m) downstream from the M3 motorway bridge over the Thames and is close to Chertsey Lock on the reach above Shepperton Lock. The bridge is a seven-arch tied arch white stone bridge built 1783–85 and is a Grade II* listed building. It has a weight restriction of 18 tonnes for LGVs. 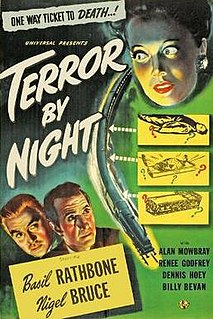 Terror by Night is a 1946 Sherlock Holmes crime drama directed by Roy William Neill and starring Basil Rathbone and Nigel Bruce. The story revolves around the theft of a famous diamond aboard a train. 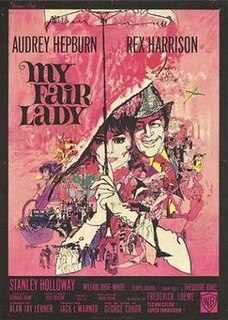 Patrick Lindesay Archibald Godfrey is an English actor of film, television and stage. 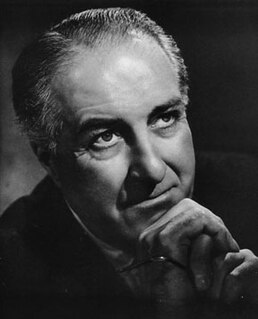 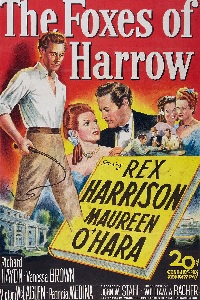 The Beginning or the End is a 1947 American docudrama film about the development of the atomic bomb in World War II, directed by Norman Taurog, starring Brian Donlevy, Robert Walker, and Tom Drake, and released by Metro-Goldwyn-Mayer. The film dramatizes the creation of the atomic bomb in the Manhattan Project and the bombing of Hiroshima. 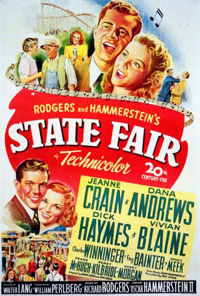 State Fair is a 1945 American Technicolor musical film directed by Walter Lang with original music by Rodgers and Hammerstein. It is a musical adaptation of the 1933 film of the same name, itself an adaptation of the 1932 novel by Phil Stong. The film stars Jeanne Crain, Dana Andrews, Dick Haymes, Vivian Blaine, Fay Bainter, and Charles Winninger. State Fair was remade in 1962, that time starring Pat Boone and Ann-Margret. 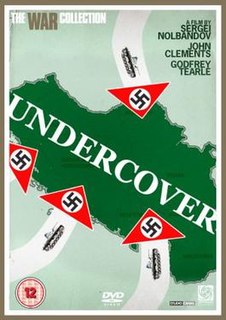 The Truth About Youth is a 1930 American pre-Code drama with songs produced and distributed by First National Pictures, a subsidiary of Warner Bros. Directed by William A. Seiter, the film stars Loretta Young, Conway Tearle, David Manners and Myrna Loy. It was based on the 1900 play When We Were Twenty-One, written by Henry V. Esmond. 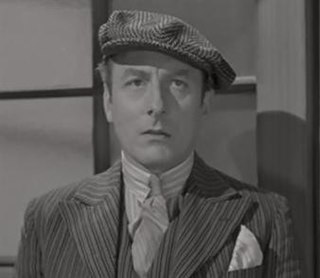 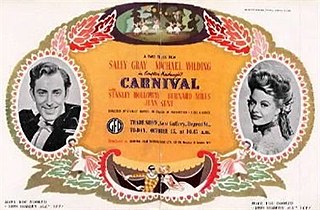