Thrak (stylised in all caps) is the eleventh studio album by the band King Crimson released in 1995 through Virgin Records. It was preceded by the mini-album Vrooom in 1994. It is their first full-length studio album since Three of a Perfect Pair eleven years earlier,and the only full album to feature the “Double Trio”lineup of Robert Fripp,Adrian Belew,Tony Levin,Trey Gunn,Bill Bruford and Pat Mastelotto. It is also the last time all members from the “Discipline” era would work together,and the last new album to feature Bruford (who left in 1997) and the most recent studio album to feature Levin.

Recorded at Peter Gabriel’s Real World Studios in Box,Wiltshire,U.K. with producer David Bottrill,the recording presents the group in a series of unique ways. With the band consisting of two guitarists,two bassists and two drummers,the opening track begins with all six musicians in the center of the audio mix. As the album progresses,they are split into two trios,with one guitarist,bassist and drummer heard in the left channel and the other guitarist,bassist and drummer heard coming from the right channel.

"Sex Sleep Eat Drink Dream" and "One Time" were developed at studio rehearsals for the 1994 Vrooom mini-album in Woodstock,New York during April and May 1994,shortly after the reformation of King Crimson. Instrumental outtakes and improvisations from these sessions would later be released as The Vrooom Sessions in 1999. "Sex Sleep Eat Drink Dream" developed from the instrumental outtake "No Questions Asked",with a riff that differs significantly from the finished song later recorded at Real World Studios.

"Fashionable" was another instrumental from The Vrooom Sessions that was re-recorded at Real World Studios during the recording of Thrak. It features a guitar line reminiscent of David Bowie’s Fashion,on which Fripp played in 1980. Despite being reworked with various additions and refinements by the band members,the upbeat piece ended up being dropped off the final album. [1]

"Vrooom Vrooom" incorporates a middle section originally composed by Fripp in 1974 for Red ’s instrumental title track (which is actually a rhythmical variation of Red's original middle section). [2] The band also experimented with said section in 1983,while working on Three of a Perfect Pair ;evidence of this is the track "Working on Sleepless" from the 2016 compilation Rehearsals &Blows .

First released on 3 April 1995,THRAK reached number 58 in the UK Albums Chart,their last release to chart. [3] The album was reissued on CD in 2002 in a remastered edition. A significantly different 5.1 surround sound mix by Jakko Jakszyk was released as a CD/DVD-A release [4] in October 2015 for the “40th Anniversary Series”. This edition also featured a reimagined new stereo mix by Robert Fripp and Jakszyk. These two mixes were also included in the THRAK BOX ,that also included previously unissued studio and live recordings from the 1994-1997 period. 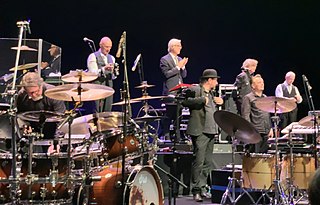 King Crimson are a progressive rock band formed in 1968 in London,England. The band draws inspiration from a wide variety of music,incorporating elements of classical,jazz,folk,heavy metal,gamelan,industrial,electronic,experimental music and new wave. They exerted a strong influence on the early 1970s progressive rock movement,including on contemporaries such as Yes and Genesis,and continue to inspire subsequent generations of artists across multiple genres. The band has earned a large cult following. 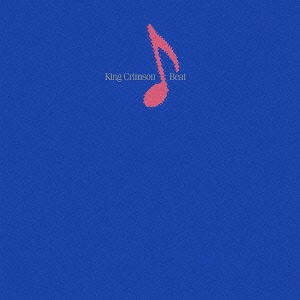 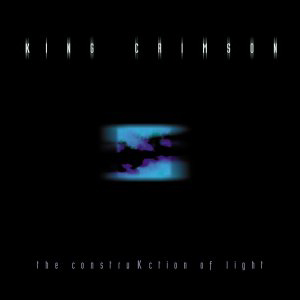 The Construkction of Light is the twelfth studio album by English band King Crimson,released in May 2000 by record label Virgin. It is the first of two studio albums to feature the “double duo”line-up of Robert Fripp,Adrian Belew,Trey Gunn and Pat Mastelotto.

Thrakattak is a live album by the band King Crimson,released in 1996. 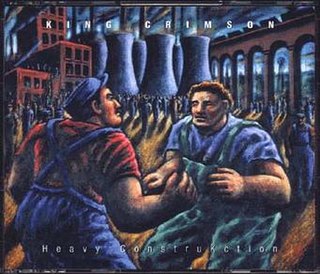 Heavy ConstruKction is a live three CD set by the band King Crimson,released by Discipline Global Mobile records on November 7,2000. The album features recordings of the European tour of May to July 2000,from DAT’s made at the front-of-house mixing desk. 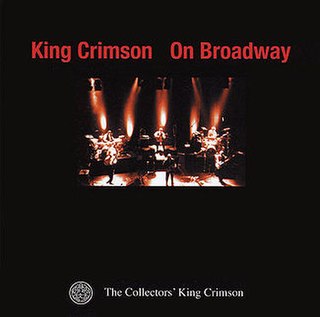 King Crimson On Broadway is a live album by the band King Crimson,released through the King Crimson Collectors' Club in July 1999. The tracks on the albums were recorded at the Longacre Theater in New York City,New York,US,on November 20,21,22,24 and 25,1995,as the band was touring to promote the album THRAK. 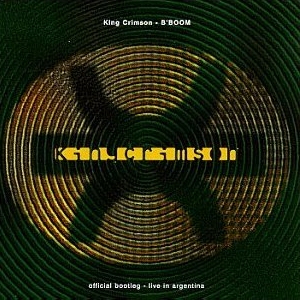 B'Boom:Live in Argentina is a live album by the band King Crimson,released in 1995. All songs were recorded between 6 and 16 October 1994 at the Broadway Theatre in Buenos Aires,Argentina,except for "Heartbeat" which was recorded in Córdoba. 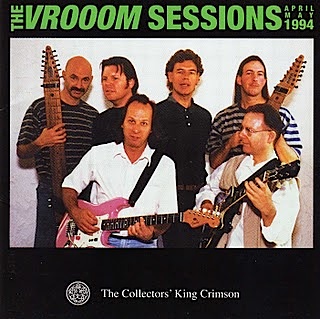 The VROOOM Sessions is an album of instrumental outtakes recorded by King Crimson as studio improvisations during the rehearsals for the recording sessions of their 1994 comeback EP Vrooom. 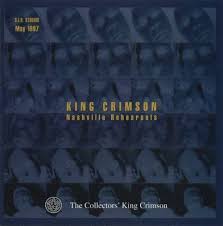 Nashville Rehearsals is an album of studio sessions and rehearsals by the band King Crimson,released through the King Crimson Collectors' Club in November 2000. The band were working towards a new King Crimson studio album,but decided progress was unsatisfactory and did not develop these ideas further. 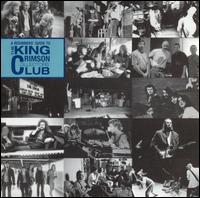 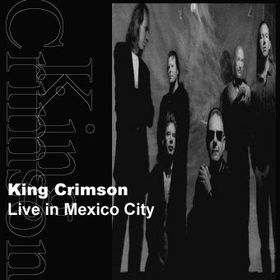 Live in Mexico City is a live album by band King Crimson,first released as a free Windows Media Audio download in 1999. Some tracks later appeared on the live albums Cirkus:The Young Persons' Guide to King Crimson Live (1999) and Vrooom Vrooom (2001),and as part of the expanded "THRAK BOX" in 2015. 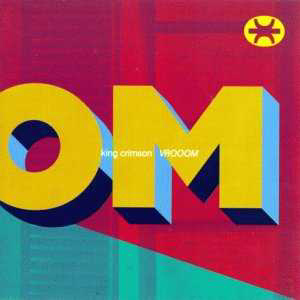 Vrooom is an EP by the band King Crimson,classified as a mini-album due to its length. It was released in 1994 as a companion to the subsequent full length album THRAK (1995). It is the first King Crimson release to feature the “double trio”of guitarists Robert Fripp and Adrian Belew,bassists Trey Gunn and Tony Levin,and drummers Bill Bruford and Pat Mastelotto. 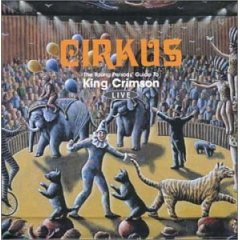 Cirkus:The Young Persons' Guide to King Crimson Live is a live album compilation from King Crimson. It was released in 1999 through Virgin Records.

The 21st Century Guide to King Crimson –Volume Two –1981–2003 is a compilation album by the highly influential English progressive rock band King Crimson,containing the best-known songs from the group's 1981–2003 phase. No material from the album the construKction of light (2000) was included in this box set. It was released in 2005. 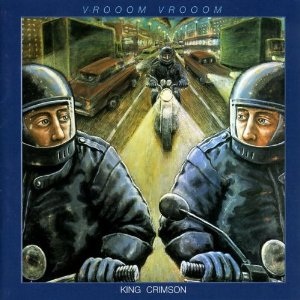 Vrooom Vrooom is a live two CD set by the band King Crimson,recorded in 1995 &1996,and released in 2001. It features the six member “double trio”lineup of the band,with guitarists Robert Fripp and Adrian Belew,bassists Tony Levin and Trey Gunn,and drummers Bill Bruford and Pat Mastelotto.

Salad Days is the twelfth solo album by Adrian Belew,originally released on February 9,1999. It is a collection of acoustic recordings old and new.

Live at the Orpheum is a live album by the band King Crimson,released by Discipline Global Mobile records in 2015. The album was recorded on 30 September and 1 October at the Orpheum Theatre in Los Angeles,California on the band's The Elements of King Crimson US tour of 2014.