Tommasini was born in Brooklyn, New York, and grew up in a family of five in Malverne on Long Island, New York. [2] [1] At 16 years of age he won a piano competition at The Town Hall in Manhattan, performing a Mozart concerto. [1] He graduated from Saint Paul's School in Garden City, New York.[ citation needed ]

He was a freelancer, and wrote for The Boston Globe for a decade, beginning in 1986. [1] Tommasini became a staff writer for The New York Times in 1996, and was promoted to chief classical music critic in 2000. [3] His mentors include Virgil Thomson, the composer who was also a critic for the New York Herald Tribune , and Richard Dyer, who was the Boston Globe's classical music critic for 33 years. [3]

Tommasini is the author of Virgil Thomson: Composer on the Aisle, [4] which received the 1998 ASCAP-Deems Taylor Award, and Opera: A Critic's Guide to the 100 Most Important Works and the Best Recordings. [5]

Virgil Thomson was an American composer and critic. He was instrumental in the development of the "American Sound" in classical music. He has been described as a modernist, a neoromantic, a neoclassicist, and a composer of "an Olympian blend of humanity and detachment" whose "expressive voice was always carefully muted" until his late opera Lord Byron which, in contrast to all his previous work, exhibited an emotional content that rises to "moments of real passion".

Joseph Deems Taylor was an American composer, music critic, and promoter of classical music. Nat Benchley, co-editor of The Lost Algonquin Roundtable, referred to him as "the dean of American music."

Four Saints in Three Acts is an opera by American composer Virgil Thomson with a libretto by Gertrude Stein. Written in 1927-8, it contains about 20 saints, and is in at least four acts. It was groundbreaking in form, content, and for its all-black cast, with singers directed by Eva Jessye, a prominent black choral director, and supported by her choir. 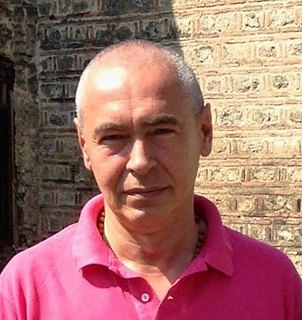 Ivo Pogorelić is a Croatian pianist born in Yugoslavia.

Lord Byron is an opera in three acts by Virgil Thomson to an original English libretto by Jack Larson, inspired by the historical character Lord Byron. This was Thomson's third and final opera. He wrote it on commission from the Ford Foundation for the Metropolitan Opera (Met), but the Met never produced the opera. The first performance was at Lincoln Center, New York City on April 20, 1972, by the music department of the Juilliard School with John Houseman as stage director, Gerhard Samuel as the conductor and Alvin Ailey as the choreographer. A performance of a revised version, by the composer, took place in 1985 with the New York Opera Repertory Theater.

James Lawrence Levine is an American conductor and pianist. He is primarily known for his tenure as Music Director of the Metropolitan Opera, a position he held for 40 years (1976–2016). He was formally terminated by the Met from all his positions and affiliations with the company on March 12, 2018 over sexual misconduct allegations that he denies.

The Mother of Us All is an opera by Virgil Thomson to a libretto by Gertrude Stein. It chronicles the life of Susan B. Anthony, one of the major figures in the fight for women's suffrage in the United States. In fanciful style, it brings together characters, fictional and non-fictional, from different periods of American history. 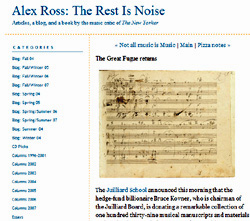 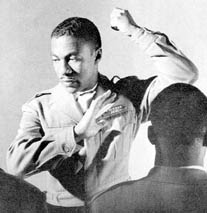 Encompass New Opera Theatre is a professional opera company located in New York City which specializes in premiering new productions, and reviving 20th century operas by American and international composers. A member of Opera America, Encompass was founded in 1975 by Nancy Rhodes who remains the company's Artistic Director. Since its founding, Encompass has produced over 50 fully mounted operas with orchestra as well as staged readings of more than 150 new works.

Scott Wheeler is an American concert-music composer, born February 24, 1952, in Washington, D.C., now based in Boston, Massachusetts. Since 1989, he has been on the faculty of Emerson College in Boston, where he has co-directed the music theater program. Wheeler co-founded and for many years was artistic director of the Dinosaur Annex Music Ensemble, of which he remains artistic adviser. As an active conductor and an advocate for the music of his colleagues, he has led numerous world and local premieres and recorded several compact discs. Wheeler is on the board of directors of the Virgil Thomson Foundation, a composer advocacy group. He attended Amherst College, the New England Conservatory, and Brandeis University and counts Virgil Thomson among his teachers. He was also a Fellow of the Tanglewood Music Center and in 1988 was awarded a Guggenheim Fellowship.

Minna Lederman Daniel was a music writer and editor of the magazine Modern Music for more than 20 years.

Nicholas Phan is an American lyric tenor who has performed internationally with orchestras including the New York Philharmonic, Philadelphia Orchestra, the Los Angeles Philharmonic, the Philharmonia Orchestra, the San Francisco Symphony, the Chicago Symphony Orchestra and others. Born to a Chinese Indonesian father and Greek American mother, He grew up in Ann Arbor, MI where he attended Greenhills School, then he studied voice at the University of Michigan School of Music, Theatre & Dance, then the Manhattan School of Music. He is also an alumnus of the Houston Grand Opera Studio and the Marlboro Music School. He has been called "one of the world's most remarkable singers" by the Boston Globe.

Symphony on a Hymn Tune is a four-movement orchestral composition by the American composer Virgil Thomson. The work was Thomson's first symphony and was composed between 1926 and 1928 while Thomson studied with the composer Nadia Boulanger in Paris. However, the work was not premiered until February 22, 1945, with Thomson leading the Philharmonic Symphony Society in New York City.

Beverley Peck Johnson was an American voice teacher, soprano, and pianist who taught on the faculties of several institutions, including the Juilliard School. Her pupils included several prominent opera singers, actors, and entertainers, including sopranos Renée Fleming, Renata Tebaldi, Anna Moffo, tenor Anthony Dean Griffey, and actors Madeline Kahn, Kevin Kline, and Constance Towers among others. Music critic Anthony Tommasini wrote that "Johnson was particularly valued by students for a keen ability to find individual solutions to their problems."

Ken Noda is an American concert pianist, accompanist, vocal coach, and composer. He began composing music and performing as a concert pianist before the age of 11. He has performed with symphony orchestras throughout the world, and has composed numerous art songs and five operas. He has worked as a vocal coach at the Metropolitan Opera since 1991, and is currently musical assistant to conductor James Levine.

Andrew Norman is an American composer of contemporary classical music.