BusinessWorld is a business newspaper in the Philippines with a nationwide circulation of more than 117,000 (as of March 2014). [1] Founded in 1967 as Business Day, it is Southeast Asia's first daily business newspaper. [2]

Raúl Locsin, then a reporter for the business section of the now-defunct The Manila Chronicle , took out a ₱5,000 loan to start Business Day, the paper's forerunner. [1]

Business Day released its debut issue on 27 February 1967. It was the first business daily in Southeast Asia, and it was dedicated to “competent and responsible reporting of the news.” [3]

On 1 March 1971, Business Day published a record of the previous year's highest-grossing Philippine firms. Eight years later, the Securities and Exchange Commission and Business Day launched 1000 Top Corporations in the Philippines gazette. This effort laid the foundation for what is now known as BusinessWorld Top 1000 Corporations in the Philippines, an annual magazine that provides readers with corporate financial data.

Business Day survived the martial law period, [4] partly due to President Ferdinand Marcos allowing the paper to run because it did not cover politics, a move calculated to give a veneer of press freedom to his authoritarian regime. [3]

After the 1986 People Power Revolution, the paper eventually closed on 5 June 1987, due to a labour strike. Employees who did not join the strike, quickly regrouped with Locsin, to set up the current BusinessWorld Publishing Corporation.

The first copy of BusinessWorld was sold on 27 July 1987. [4] In the same year, BusinessWorld became the first among local dailies to use desktop publishing, and in 1991 it incorporated World Press, Inc., a fully owned printing subsidiary of the firm located in Antipolo, Rizal.

World Press, which started with a five-unit web offset printing press, already had nine units by 1995. In two years, it was able to own pre-press facilities that allowed for the Color Electronic Pagination System, which made BusinessWorld the country's first newspaper printed in full color.

Previously housed in Ortigas Center, Pasig, BusinessWorld moved to its current location in New Manila, Quezon City in 1994. The building was designed by Locsin's cousin, the late National Artist for Architecture Leandro V. Locsin, who also worked on the Philippine Stock Exchange Plaza in Makati.

In 2004, the Philippine Long Distance Telephone Company (PLDT), led by businessman Manuel V. Pangilinan, acquired a minority stake in BusinessWorld through PLDT's Beneficial Trust Fund unit, MediaQuest Holdings, Inc. In September 2013, MediaQuest assumed control of the paper, with its subsidiary Hastings Holdings Inc. increasing its stake from 30% to 76.67% and infusing ₱100 million into the company over the next 12 months. Smart Communications, Inc. co-founder and chief wireless advisor Orlando Vea was named acting president. [5] In March 2014, José Roberto "Roby" A. Alampay, head of Philippine news portal and PLDT subsidiary InterAksyon.com and a News5 anchor, was appointed concurrent editor-in-chief of the newspaper. [1]

In 2018, BusinessWorld became part of the One News organization, a 24-hour English-language news channel owned and operated by Cignal TV, the cable TV business of the MVP Group's Mediaquest Holdings, Inc. The newspaper launched its own business news program, BusinessWorld Live, in the channel. The one-hour program premiered on May 28, 2018 and airs every weekdays, 9:00 to 10:00 a.m. (PST). Due to COVID-19 pandemic, BusinessWorld Live temporarily broadcasts from 10:30 AM to 11:00 AM. TV personalities Danie Laurel and JP Ong (replaced by Jes delos Santos in 2019) hosts the business news program.

In 2016, BusinessWorld hosted the inaugural BusinessWorld Economic Forum at the Bonifacio Global City in Taguig, Philippines with the theme "Charting Progress to 2020: What to Expect from the New Presidency". The annual business forum gathers some of the biggest names in Philippine and global business for a day of discussion sessions on different trends and events affecting the future of business, trade and economics. [9] [10]

Since its inception, the forum has been held three times already, each with a different theme and set of speakers. In 2020, the event will be held online due to the COVID-19 pandemic in the Philippines. [11]

Taguig ([taˈɡiɡ]), officially the City of Taguig, is a 1st class highly urbanized city in Metro Manila, Philippines. According to the 2015 census, it has a population of 804,915 people.  Located in the western shores of Laguna de Bay, the city is known for Bonifacio Global City, one of the leading financial centers of the Philippines. Originally a fishing village during the Spanish and American colonial periods, it experienced rapid growth when former military reservations were converted by the Bases Conversion and Development Authority (BCDA) into mixed-use planned communities. Taguig became a highly urbanized city with the passage of Republic Act No. 8487 in 2004.

Smart Communications, Inc., commonly referred to as Smart, is a wholly owned wireless communications and digital services subsidiary of PLDT, Inc., a telecommunications and digital services provider based in the Philippines. The company has 73 million mobile subscribers as of 2020, under the brands Smart, Sun, and TNT. Smart's wireless broadband subscribers number 3.8 million under the brands Smart Bro and Sun Wireless Broadband.

Bonifacio Global City is a financial and lifestyle district in Taguig, Metro Manila, Philippines. It is located 11 km (6.8 mi) south-east of the center of Manila. The district experienced commercial growth following the sale of military land by the Bases Conversion and Development Authority (BCDA). The entire district used to be the part of the main Philippine Army camp.

The Grand Hyatt Manila is a 318 m (1,043 ft) mixed-used skyscraper, located in Bonifacio Global City, Taguig, Metro Manila. It is the tallest building in the Philippines since its completion in 2017.

SM Aura Premier is a large upscale shopping mall located along McKinley Parkway corner 26th Street, Bonifacio Global City, Taguig Metro Manila, Philippines, owned by SM Prime Holdings, the country's largest mall developer. It is the 13th SM Supermall in Metro Manila and 47th SM Prime mall in the Philippines. It is the 2nd SM Supermall to be called "Premier" after SM Lanang Premier. The shopping center is situated near its rival mall Market! Market!, owned by Ayala Malls, a real estate subsidiary of Ayala Land, and affiliate of Ayala Corporation. It is designed by EDGE Interior Designers and Arquitectonica.

Cignal is a Philippine satellite television and IPTV provider, owned by Cignal TV Inc., a wholly owned subsidiary of the MediaQuest Holdings Inc. under the PLDT Beneficial Trust Fund.

Teodoro "Teddy Boy" Lopez Locsin Jr. is a Filipino politician, diplomat, lawyer, and former journalist serving as the Secretary of Foreign Affairs since October 2018. He was a member of the House of Representatives from 2001 to 2010, representing the 1st district of Makati and later served as the Philippine Ambassador to the United Nations from 2017 to 2018. He was the host of the editorial segment titled "Teditorial" for ANC's nightly newscast The World Tonight. 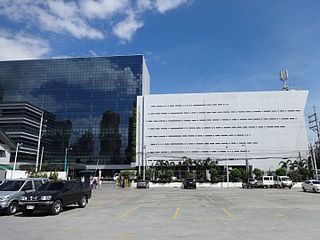 The Kalayaan Flyover, also known as the EDSA–Kalayaan Flyover, is a four-lane flyover connecting Gil Puyat Avenue, Epifanio de los Santos Avenue (EDSA), Kalayaan Avenue, and 32nd Street in Metro Manila, the Philippines. Located primarily in Makati with a short portion in Taguig, it facilitates access from the Makati Central Business District to the Bonifacio Global City and, ultimately, to Circumferential Road 5 (C-5).

SkyTrain is an Under-construction monorail line meant to serve the city of Makati and Bonifacio Global City area in Taguig, Metro Manila.

Fort Bonifacio is one of the 28 barangays of Taguig, Metro Manila, Philippines. The financial district of Bonifacio Global City, the Fort Bonifacio military camp and the Manila American Cemetery are under the jurisdiction of the barangay. 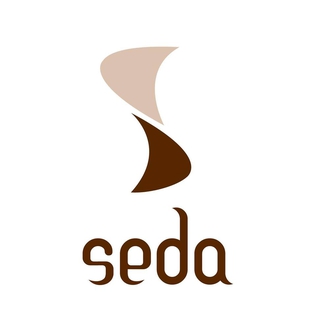 Seda is a Philippine brand of hotels owned and operated by Ayala Land Hotels and Resorts, a subsidiary of Ayala Corporation. The first hotel under the Seda brand began operations in 2012 with the opening of Seda BGC at the Bonifacio Global City in Taguig, Metro Manila, Philippines. The hotel chain has 11 branches as of 2020, all located in the Philippines.