Below is a list of newspapers printed and distributed in the Metropolitan Manila area; and they're sold in Metro Manila or the nationwide market. The National Capital Region has three major English-language daily papers: Manila Bulletin, Philippine Daily Inquirer, and The Philippine Star. [1] [2]

Philippine Idol is the first version of the Idol series in the Philippines, the 35th country in the world to air a local Idol adaptation and the sixth in Asia. The franchise was first awarded by FremantleMedia, 19 Entertainment and CKX, Inc. to ABC Development Corporation in 2006, then to GMA Network in 2008, then ABS-CBN in 2019. Just like the premise of original show Pop Idol, Philippine Idol aims to find the best singer in the country who can be defined as the "national" singer. Local television personality Ryan Agoncillo hosted the program. Ryan Cayabyab, Pilita Corrales and Francis Magalona were also judges of the show. Agoncillo, Corrales and Magalona auditioned to be part of the program, while Cayabyab was chosen by the program's producers. Meanwhile, actress Heart Evangelista hosted the daily updates program I ♥ Philippine Idol: Exclusive. Composer Mel Villena was the show's musical director. 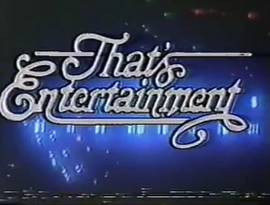 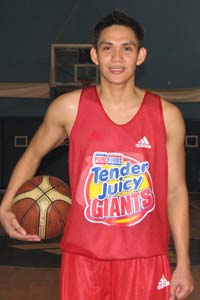 Peter June Simon is a Filipino former professional basketball player who played 16 seasons in the PBA. Simon was drafted 43rd overall in the 2001 PBA draft by the Sta. Lucia Realtors. His moniker is Scoring Apostle.

Joseph Kollins Reyes, better known by his screen name Thou Reyes, is a Filipino actor and model.

Rina Marie Padilla Raymundo, known professionally as Ina Raymundo, is a Filipina film and television actress, commercial model, and singer. She is best known for her appearance on the 1990s San Miguel Beer's television advertisement "Sabado Nights", and its 2017 remake. Raymundo was nominated for the Gawad Urian Award for Best Actress for the film Tuhog (2001) where she portrayed a victim of incestuous rape. She has also released an album and performed on stage plays.

Marion Louise Aunor is a Filipina singer and songwriter.

Jeffrey Camangyan, known as Wowie de Guzman, is a Filipino dancer and a stage, film and TV actor. He was one of the top matinee idols from the 1990s. His break came as a member of dance group Universal Motion Dancers (UMD). He was nominated as Best Actor for FAMAS Award 1998 in Paano Ang Puso Ko?.

The following is a list of events affecting Philippine television in 2013. Events listed include television show debuts, finales, cancellations, birthdays, anniversaries, and channel launches, closures and rebrandings, as well as information about controversies and carriage disputes.

The 2017 PSA Annual Awards was an awarding ceremony, recognizing the sports athletes, personalities, organizations and NSAs for the year 2016. It is organized by the Philippine Sportswriters Association, the Philippines' oldest media organization founded in 1949, with members composed by sports section editors, sportswriters and sports columnists from major national broadsheets, tabloids and online sports news portals. PSA is currently headed by Riera Mallari, sports editor of the Manila Standard.

The 2018 SMC-PSA Annual Awards was an annual ceremony recognized the athletes, teams, executives and personalities in the past year 2017. The awards is organized by the Philippine Sportswriters Association, a Philippine-based media organization composed of sports writers and reporters, section editors and columnists from print and online media. PSA is headed by Eduardo "Dodo" Catacutan of Sports Interactive Network Philippines.