Dover College is an independent day and boarding school in the English public school tradition located in Dover in south east England. It was founded in 1871, and takes both day pupils and boarders from the UK and internationally. [2]

The school occupies some of the medieval buildings of Dover Priory, on a site just east of the eponymous railway station.

In 1869 Robert Chignell, who had a private school at Westmount, in Folkestone Road, leased part of the Dover Priory buildings for a private school. He passed on his interest, however, to a group of leading citizens and local businessmen in Dover, led by the Mayor of Dover, Dr. Astley, who had formed the Dover College Company to promote the foundation of a public school for the town on what remained of the Priory site with the dual intention of providing a public school education for local boys and of using and thus preserving the Priory's remaining ancient buildings.

It is set in the grounds and ruins of the Priory of St. Martin, which was ransacked by King Henry VIII as part of his dissolution of the monasteries. The priory gives its name to Dover's main railway station which was built on the western part of the priory site. Some of the original medieval buildings remain. The 12th century Strangers' Refectory is still used as an eating hall and for concerts (it is Grade II* listed). [3] The college chapel was originally the priory guesthouse, it was built in the 12th century, it is Grade II* listed. [4] The bell tower was added in the late 19th century. The gatehouse of the priory (also listed) [5] is used as a music room. The central lawn of the school is still referred to as The Close. The composer Thomas Tallis was organist to the priory in the late 16th century, and is commemorated in the naming of the college's Tallis Music School.

The College was founded and opened as a boys' school on 15 September 1871. By the end of the first term there were 21 boys in the school, and by the end of the next summer another 32 had joined them. It acquired the large hall, or guest-house, in 1879 and converted it into a school Chapel by enlarging the east end into an apse. In time, the Ecclesiastical Commissioners made over the whole property to the College Trustees. The refectory was restored, revealing an important but damaged fresco, as (in 1881, to mark a charitable act by Sir Richard Dickenson the then mayor of Dover) was the gatehouse. The Gatehouse was restored by the celebrated architect George Edmund Street and is currently used as the music room for the Junior Department.

In August 1917, part of the school was damaged during an air raid, and the decision was finally taken to evacuate the College from Dover to Leamington College in Leamington Spa in the Midlands; the school returned to Dover in 1919 with only 150 pupils. During World War I, in common with many other schools, Old Dovorians became officers in the British Armed Forces and as a result suffered high casualty rates. 177 former pupils died; 58 Dovorians were awarded the DSO and 89 the MC – of the foreign awards 8 were awarded Croix de Guerre and 6 the Russian Order of Saint Stanislas. One Naval officer – Arthur Leyland Harrison – posthumously received the Victoria Cross for the Zeebrugge raid; another old boy, Gen Sir Reginald Dallas Brooks, was also on that raid and won his DSO before going on to become Governor of Victoria.

In 1921 the Jubilee of the School was celebrated, including the dedication of the War Memorial and the Bell Memorial in the Chapel. 1922 a trust set up by the old boys took ownership of the College and in 1923 it was reconstituted with a Royal Charter, which defined its aims:

The object of the Corporation of Dover College shall be the conduct of a College for boys … in which they may receive a sound religious, classical, mathematical, scientific and general education and the doing of such things as are conducive to the attainment of this objective.

During the Second World War, Dover was on the front line, with only the Straits of Dover separating the town from Nazi-occupied France, and one of the most likely areas for a German invasion. As a result, the school was again evacuated, initially for a term to Blundell's School in Devon with which Dover College had a long-standing friendship, and thence to Poltimore House, also in Devon. It returned to Dover in 1945 with 168 boys. During the war 102 former pupils died; Lt Col Terence Otway won a famous DSO for his action in capturing the Merville Battery on D-Day.

In 1957 was the first public school in the UK to formally create an International Department. [6] In 1974, Dover College was one of the first English public schools to become fully co-educational.

In 1990 the college was taken to court by its head of history who claimed unfair dismissal on the grounds of illness. The case is known as Hogg v Dover College. [7]

In September 2001 Dover College opened a junior department for pupils aged 4–11. In 2009, it opened a pre-reception class to welcome three-year-old children.

The college renovated its music facilities under Stephen Jones, Headmaster from 2004 to 2011 who went on to be Warden of St. Edward's School, Oxford. Under the leadership of Gerry Holden from 2011 to 2014, the college went through a period of change, which was re-directed upon the appointment of Gareth Doodes as headmaster from January 2015. In the intervening years the college now has the highest inspection judgements possible, an increase in the school roll, and a new curriculum based on creativity. In preparation for the college's 150th anniversary in 2021, the college launched a new development plan, Project 150, that will see the building of a new theatre, pavilion at Farthingloe, renovation of boarding houses and classrooms, and improved international outreach with membership of the Round Square Organisation.

The school coat of arms shows St. Martin dividing his cloak, which he shared with a beggar. Martin of Tours is patron saint of France, and therefore appropriate for the English school closer than any other to France.

Notable alumni, in chronological order, include:

The school has had fifteen headmasters since its foundation. [9]

Haileybury is a public school near Hertford in England. It is a member of the Rugby Group and, though originally a major boys' public school in the Victorian era, it is now co-educational, enrolling pupils at 11+, 13+ and 16+ stages of education. Over 880 pupils attend Haileybury, of whom more than 550 board.

Chigwell School is a co-educational day and boarding independent school in the English public school tradition located in Chigwell, in the Epping Forest district of Essex. It consists of a pre-prep, Junior School, Senior School and sixth form. A pre-preparatory department for children aged 4–7 was constructed starting for the 2013–14 academic year.

Tonbridge School is a public school in Tonbridge, Kent, England, founded in 1553 by Sir Andrew Judde. It is a member of the Eton Group and has close links with the Worshipful Company of Skinners, one of the oldest London livery companies. 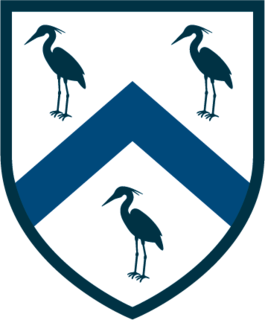 Loughborough Grammar School, founded in 1495 by Thomas Burton, is an Independent School for boys in the town of Loughborough, Leicestershire, England. Today, roughly one in ten boys at the school are boarders, with the remainder being "day" boys. It is one of four schools known as the Loughborough Schools Foundation, along with Loughborough High School, Fairfield Preparatory School and Loughborough Amherst School. The Schools Foundation are separate independent schools in their own right but share a board of governors. In line with the charitable intent of its founders, Loughborough Grammar School and Loughborough High School offer a number of means-tested bursaries, called School Assisted Places (SAPs), which cover up to 100% of fees. 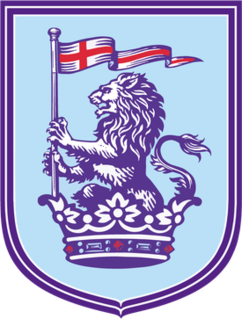 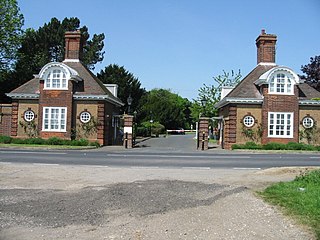 The Duke of York's Royal Military School, more commonly called the Duke of York's, is a co-educational academy with military traditions in Guston, Kent. Since becoming an academy in 2010, the school is now sponsored by the Ministry of Defence, and accepts applications from any student wishing to board. Before 2010, only those students whose parents were serving or had served in the armed forces were eligible.

Pangbourne College is a co-educational independent day and boarding school located in the civil parish of Pangbourne, in the English county of Berkshire. It is set in 230 acres, on a hill south-west of the village, in an Area of Outstanding Natural Beauty.

St Lawrence College is a co-educational independent school situated in Ramsgate, Kent and has been established as a "public school" ever since it was founded.

Bloxham School, also called All Saints' School, is an independent co-educational day and boarding school of the British public school tradition, located in the village of Bloxham, three miles (5 km) from the town of Banbury in Oxfordshire, England. The present school was founded in 1860 by Philip Reginald Egerton and has since become a member of the Woodard Corporation. The current headmaster is Paul Sanderson, who took over from Mark Allbrook in 2013. The school has approximately 515 pupils.

Ashville College is a co-educational independent school for both day and boarding pupils aged 2–18 in Harrogate, North Yorkshire, England.

Borden Grammar School is a grammar school with academy status in Sittingbourne, Kent, England, which educates boys aged 11–18. A small number of girls have also been admitted to the Sixth Form. The school holds specialist status in sports.

Beaumont College was between 1861 and 1967 a public school in Old Windsor in Berkshire. Founded and run by the Society of Jesus, it offered a Roman Catholic public school education in rural surroundings, while lying, like the neighbouring Eton College, within easy reach of London. It was therefore for many professional Catholics with school-age children a choice preferable to Stonyhurst College, the longer-standing Jesuit public school in North Lancashire. After the college's closure in 1967 the property was used in turn as a training centre, a conference centre and an hôtel; St John's Beaumont, the college's preparatory school for boys aged 3–13, continues, functioning in part as a feeder school for Stonyhurst. 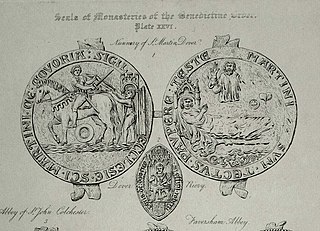 The Priory of St. Mary the Virgin and St. Martin of the New Work, or Newark, commonly called Dover Priory, was a priory at Dover in southeast England. It was variously independent in rule, then occupied by canons regular of the Augustinian rule, then finally monks of the Benedictine rule as a cell of Christchurch Monastery, Canterbury.

Liverpool College is a school in Mossley Hill, Liverpool, England. It was one of the thirteen founding members of the Headmasters' Conference (HMC).

Heath Mount School is a Church of England co-educational independent prep school near Watton-at-Stone, Hertfordshire, England. It admits pupils aged 3 to 13. It was founded as Heath Mount Academy in Hampstead in 1796. In 1934 it was relocated to a Georgian mansion on the Woodhall Estate in rural Hertfordshire. For the 2022 academic year, 498 students were enrolled: boarding pupils and day pupils and girls and boys.

The City of Leicester College is a mixed secondary school for ages 11–18 in Evington, Leicester, England. It has around 2,000 pupils and specialises in business and enterprise. 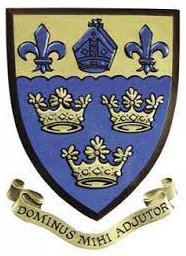 Douai School was a public (independent) school run by the Douai Abbey Benedictine community at Woolhampton, England, until it closed in 1999.