The EAP has auspiced much of the European effort from the mid-1990s toward the professionalisation of psychotherapy and the formation of pan-European training standards, ethics and guidelines. [2]

A submission to the European Commission to establish the Common Training Framework for the Profession of Psychotherapist is currently in process (2021).

The President of EAP is Patricia Hunt (UK); [3] the general secretary of the EAP is Prof. Eugenijus Laurinaitis (Lithuania). [4]

The association is based on the Strasbourg Declaration on Psychotherapy of 1990 whereby the EAP promotes the need for high standards of training on a scientific basis, and fights for free and independent exercise of psychotherapy in Europe. [5] Important activities include:

Publication of the International Journal of Psychotherapy ISSN   1356-9082, a professional journal with 3 issues per annum. [8]

A personal trainer is an individual who has earned a certification that demonstrates they have achieved a level of competency for creating and delivering safe and effective exercise programs for apparently healthy individuals and groups or those with medical clearance to exercise. They motivate clients by collaborating to set goals, providing meaningful feedback, and by being a reliable source for accountability. Trainers also conduct a variety of assessments beginning with a preparticipation health-screening and may also include assessments of posture and movement, flexibility, balance, core function, cardiorespiratory fitness, muscular fitness, body composition, and skill-related parameters to observe and gather relevant information needed to develop an effective exercise program and support client goal attainment. These assessments may be performed at the beginning of and after an exercise program to measure client progress toward improved physical fitness. They also provide education on many other aspects of wellness, including general health and nutrition guidelines. Helping clients to reach their full potential in various aspects of life requires a comprehensive client-centered approach along with a belief that clients are resourceful and capable of change.

Nossrat Peseschkian lived in Germany since 1954. He was a specialist in neurology, psychiatry, psychotherapy and psychosomatic medicine. Peseschkian founded Positive Psychotherapy in 1968, based on a cross-cultural approach; he was also the founder of the Wiesbaden Academy of Psychotherapy (WIAP), a German-state-licensed, postgraduate institute of psychotherapy.

The Hakomi Method is a form of mindfulness-centered somatic psychotherapy developed by Ron Kurtz in the 1970s. 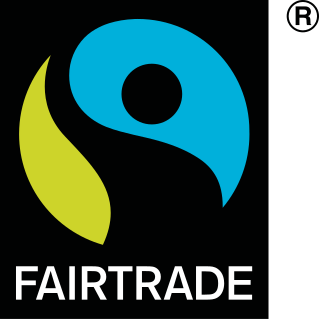 The Programme for the Endorsement of Forest Certification (PEFC) is an international, non-profit, non-governmental organization which promotes sustainable forest management through independent third party certification. It is considered the certification system of choice for small forest owners.

Emmy van Deurzen is an existential therapist. She developed a philosophical therapy based in existential-phenomenology.

The British Association for Counselling and Psychotherapy (BACP) is a professional body for counsellors and psychotherapists practising in the United Kingdom.

Gerda Boyesen was the founder of Biodynamic Psychology, a branch of Body Psychotherapy.

A licensed clinical professional counselor (LCPC) is a professional who has been qualified to provide psychotherapy and other counselling services. LCPCs are trained to work with individuals, families, and groups to treat mental, behavioural and emotional problems and disorders. The main goal of LCPCs is to use counselling strategies to help people live a more satisfying life, which typically involves identifying a goal and finding potential solutions. 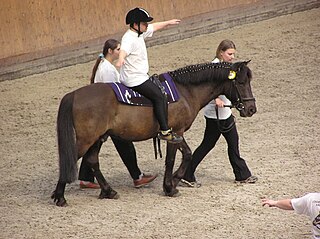 Equine-assisted therapy (EAT) encompasses a range of treatments that involve activities with horses and other equines to promote human physical and mental health. The use of EAT has roots in antiquity, and EAT applies to physical health issues in modern form dates to the 1960s. Modern use of horses for mental health treatment dates to the 1990s. Systematic review of studies of EAT as applied to physical health date only to about 2007, and a lack of common terminology and standardization has caused problems with meta-analysis. Due to a lack of high-quality studies assessing the efficacy of equine-assisted therapies for mental health treatment, concerns have been raised that these therapies should not replace or divert resources from other evidence-based mental health therapies.

The American Group Psychotherapy Association (AGPA) is a not-for-profit multi-disciplinary organization dedicated to enhancing the practice, theory and research of group psychotherapy.

In the United Kingdom, counselling is not under statutory regulation, and is overseen and supported by several organisations, none of which are officially recognised by the government.

The World Recreational Scuba Training Council (WRSTC) was founded in 1999 and is dedicated to creating minimum recreational diving training standards for the various scuba diving certification agencies across the world. The WRSTC restricts its membership to national or regional councils. These councils consist of individual training organizations who collectively represent at least 50% of the annual diver certifications in the member council's country or region. A national council is referred to as a RSTC.

The Association for Neuro-Linguistic Programming (ANLP) is a UK organisation founded in 1985 by Frank Kevlin to promote neuro-linguistic programming (NLP). Since 2005, the organisation is led by Karen Moxom as Managing Director.

The British Psychoanalytic Council (BPC) is an association of training institutions and professional associations which have their roots in established psychoanalysis and analytical psychology. They bring together approximately 1500 practitioners of psychoanalytic and psychodynamic psychotherapy who as individuals become registrants of the BPC.

The World Council for Psychotherapy is an NGO with consultative status at the Economic and Social Council of the United Nations. It was founded in 1995, has its headquarters in Vienna, and holds a World Congress every three years with more than a thousand participants.

The British Psychotherapy Foundation, Bpf, is the successor organisation to three former long-established British psychotherapy providers and clinical training institutions which merged in April 2013. The original constituents are the British Association of Psychotherapists, BAP (1951), The Lincoln Clinic and Centre for Psychotherapy (1968) and the London Centre for Psychotherapy, LCP, (1976). It is unique in the United Kingdom for providing treatment services for children and adults in all the psychoanalytic modalities, that is of Freudian and Jungian inspiration. It is also unique in providing professional training in those modalities within one institution and is regulated by the British Psychoanalytic Council. It has charitable status. Its current associations are: