William Richard Miller (born June 27, 1947) is an American clinical psychologist, an emeritus distinguished professor of psychology and psychiatry at the University of New Mexico in Albuquerque. Miller and Stephen Rollnick are the co-founders of motivational interviewing. [1]

Miller received his Ph.D. in clinical psychology from the University of Oregon in 1976. [2]

Miller is emeritus distinguished professor of psychology and psychiatry and affiliated with the Center on Alcoholism, Substance Abuse, and Addictions (CASAA) at the University of New Mexico (UNM). [3] He joined the UNM faculty in 1976. He has taught a wide range of subjects, including courses on alcoholism and abnormal psychology, and seminars on positive psychology and on self-fulfilling prophecies. His primary scientific interest is in the psychology of change, but his research spans the treatment of addictive behaviors, self-regulation, spirituality and psychology, motivation for change, and pastoral psychology. He has been a visiting scholar at the Oregon Health & Science University, the University of New South Wales in Sydney, Australia, Stanford University, and the University of Bergen and the Hjellestad Clinic in Norway.

Miller has changed the way clinicians think about the nature of substance use disorders, their treatment and the means to effect change in patients. Early in his career, he emphasized that not all alcohol problems are severe and tested briefer interventions for mid-range problem drinkers. His meta-analysis of the research on treatments of alcohol problems shows a rank ordering of those treatments with the most effective being active and empathic (brief interventions and motivational enhancement), while the least effective are passive (films, lectures) or confrontational. [4] He also demonstrated through controlled experiment that confrontation leads to states of resistance and denial, which many in the addiction field attribute to traits of those with addiction. Motivational interviewing, or motivational enhancement therapy, avoids creating such resistance by avoiding confrontation and eliciting motivation with open-ended questions and empathy. [4]

Motivational interviewing (MI) is a counseling approach developed in part by clinical psychologists William R. Miller and Stephen Rollnick. It is a directive, client-centered counseling style for eliciting behavior change by helping clients to explore and resolve ambivalence. Compared with non-directive counseling, it is more focused and goal-directed, and departs from traditional Rogerian client-centered therapy through this use of direction, in which therapists attempt to influence clients to consider making changes, rather than engaging in non-directive therapeutic exploration. The examination and resolution of ambivalence is a central purpose, and the counselor is intentionally directive in pursuing this goal. MI is most centrally defined not by technique but by its spirit as a facilitative style for interpersonal relationship.

Stephen Rollnick is a professor of clinical psychology at Cardiff University. Alongside William R Miller, he developed many of the founding principles of motivational interviewing.

Marc Galanter is Professor of Psychiatry at New York University School of Medicine and has served as the Founding Director of the Division of Alcoholism and Drug Abuse. His studies have addressed family therapy for substance abuse, pharmacologic treatment for addiction, and Twelve Step recovery for addiction. He is an author of over 200 peer-reviewed articles.

The modern disease theory of alcoholism states that problem drinking is sometimes caused by a disease of the brain, characterized by altered brain structure and function. 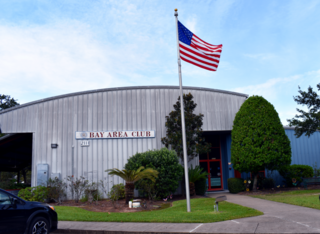 Drug addiction recovery groups are voluntary associations of people who share a common desire to overcome drug addiction. Different groups use different methods, ranging from completely secular to explicitly spiritual. Some programs may advocate a reduction in the use of illegal drugs rather than outright abstention, although this is typically not a sustainable treatment plan in the long term. One survey of members found active involvement in any addiction recovery group correlates with higher chances of maintaining sobriety. The survey found group participation increased when the individual members' beliefs matched those of their primary support group. Analysis of the survey results found a significant positive correlation between the religiosity of members and their participation in twelve-step addiction recovery groups and SMART Recovery, although the correlation factor was three times smaller for SMART Recovery than for the twelve-step addiction recovery groups. Religiosity was inversely related to participation in Secular Organizations for Sobriety.

The effectiveness of Alcoholics Anonymous in treating alcoholism has been extensively studied. Many papers have been published studying the degree to which Alcoholics Anonymous (AA) helps alcoholics keep sober. The subject is controversial with some studies showing AA helping alcoholics, while other studies do not show AA efficacy. The U.S. Surgeon General states in a 2016 report on addiction that "Well-supported scientific evidence demonstrates the effectiveness of twelve-step mutual aid groups focused on alcohol and twelve-step facilitation interventions." The program appears to be helpful for a subset of alcoholics; Alcoholics Anonymous appears to be about as effective as other support groups recommending abstinence from alcohol and other drugs of abuse.

Motivational enhancement therapy (MET) is a time-limited, four-session adaptation used in Project MATCH, a US-government-funded study of treatment for alcohol problems, and the "Drinkers' Check-up", which provides normative-based feedback and explores client motivation to change in light of the feedback. It is a development of motivational interviewing and motivational therapy. It focuses on the treatment of alcohol and other substance addictions. The goal of the therapy is not to guide the patient through the recovery process, but to invoke inwardly motivated change. The method has two elements: initial assessment battery session, and two to four individual therapeutic sessions with a therapist. During the first session, the specialist stimulates discussion on the patient's experiences with substance abuse and elicits self-motivational statements by providing feedback to the initial assessment. The principles of MET are utilised to increase motivation and develop a plan for further change; coping strategies are also presented and talked over with the patient. Changes in the patient's behaviour are monitored and cessation strategies used are reviewed by the therapist in the subsequent sessions, where patients are encouraged to sustain abstinence and progress.

A decisional balance sheet or decision balance sheet is a tabular method for representing the pros and cons of different choices and for helping someone decide what to do in a certain circumstance. It is often used in working with ambivalence in people who are engaged in behaviours that are harmful to their health, as part of psychological approaches such as those based on the transtheoretical model of change, and in certain circumstances in motivational interviewing.

Mark B. Sobell, Ph.D., ABPP, a professor at the College of Psychology of Nova Southeastern University in Fort Lauderdale, Florida, is a specialist in addiction. Dr. Mark Sobell is nationally and internationally known for his research in the addiction field. He is a Fellow of the American Psychological Association in Divisions 1, 3, 12, 25, 28, and 50, and is Board Certified in Cognitive and Behavioral Psychology by the American Board of Professional Psychology. He is the co-director of Healthy Lifestyles: Guided Self-Change at Nova Southeastern University.

Linda Carter Sobell, Ph.D., ABPP, is the President's Distinguished Professor at Nova Southeastern University (NSU) in Fort Lauderdale, Florida. She is a professor of clinical psychology, addiction specialist, co-director of NSU's Guided Self-Change clinic, a Motivational Interviewing Trainer, and is board-certified in cognitive and behavioral psychology.

Jalie A Tucker is a Professor of Health Education and Behavior at the University of Florida. She is known for her research on impulsive and harmful behaviors, such as alcohol and substance use, the effect of the environment on addiction, and natural resolutions to risky behavior including alcohol misuse. She has received numerous awards for excellence in clinical psychology and addiction research, including the 2015 Award for Distinguished Scientific Contributions to Clinical Psychology from the Society of Clinical Psychology. She was honored by APA, Division 50 with the Presidential Award for Service to the Division in 2010 and 2012.