Last updated May 17, 2021
Psychotherapeutic process of learning to identify and dispute irrational or maladaptive thoughts known as cognitive distortions

Cognitive restructuring (CR) is a psychotherapeutic process of learning to identify and dispute irrational or maladaptive thoughts known as cognitive distortions, [1] such as all-or-nothing thinking (splitting), magical thinking, over-generalization, magnification, [1] and emotional reasoning, which are commonly associated with many mental health disorders. [2] CR employs many strategies, such as Socratic questioning, thought recording, and guided imagery, and is used in many types of therapies, including cognitive behavioral therapy (CBT) and rational emotive behaviour therapy (REBT). A number of studies demonstrate considerable efficacy in using CR-based therapies. [3] [4] [5]

There are six types of automatic thoughts: [6]

When utilizing cognitive restructuring in rational emotive therapy (RET), the emphasis is on two central notions: (1) thoughts affect human emotion as well as behavior and (2) irrational beliefs are mainly responsible for a wide range of disorders. RET also classifies four types of irrational beliefs: dire necessity, feeling awful, cannot stand something, and self-condemnation. It is described as cognitive-emotional retraining. [17] [18] The rationale used in cognitive restructuring attempts to strengthen the client's belief that (1) "self-talk" can influence performance, and (2) in particular self-defeating thoughts or negative self-statements can cause emotional distress and interfere with performance, a process that then repeats again in a cycle. Mood repair strategies are implemented in cognitive restructuring in hopes of contributing to a cessation of the negative cycle. [19]

There are many methods used in cognitive restructuring, which usually involve identifying and labelling distorted thoughts, such as "all or none thinking, disqualifying the positive, mental filtering, jumping to conclusions, catastrophizing, emotional reasoning, should statements, and personalization." [20] The following lists methods commonly used in cognitive restructuring: 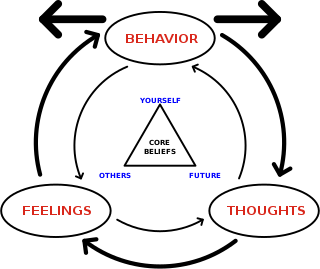 Cognitive behavioral therapy (CBT) is a psycho-social intervention that aims to improve mental health. CBT focuses on challenging and changing cognitive distortions and behaviors, improving emotional regulation, and the development of personal coping strategies that target solving current problems. Originally, it was designed to treat depression, but its uses have been expanded to include treatment of a number of mental health conditions, including anxiety, alcohol and drug use problems, marital problems, and eating disorders. CBT includes a number of cognitive or behavior psychotherapies that treat defined psychopathologies using evidence-based techniques and strategies.

Anxiety disorders are a cluster of mental disorders characterized by significant and uncontrollable feelings of anxiety and fear such that a person's social, occupational, and personal function are significantly impaired. Anxiety is a worry about future events, while fear is a reaction to current events. Anxiety may cause physical and cognitive symptoms such as restlessness, irritability, easy fatigability, difficulty concentrating, increased heart rate, chest pain, abdominal pain, and many others. In casual discourse the words "anxiety" and "fear" are often used interchangeably; in clinical usage, they have distinct meanings: "anxiety" is defined as an unpleasant emotional state for which the cause is either not readily identified or perceived to be uncontrollable or unavoidable, whereas "fear" is an emotional and physiological response to a recognized external threat. The umbrella term "anxiety disorder" refers to a number of specific disorders that include fears (phobias) or anxiety symptoms. 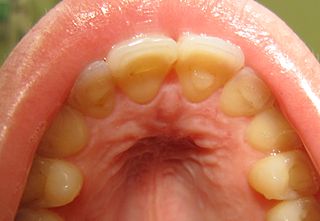 Bulimia nervosa, also known as simply bulimia, is an eating disorder characterized by binge eating followed by purging; and excessive concern with body shape and weight. The aim of this activity is to expel the body of calories eaten from the binging phase of the process. Binge eating refers to eating a large amount of food in a short amount of time. Purging refers to the attempts to get rid of the food consumed. This may be done by vomiting or taking laxatives. Other efforts to lose weight may include the use of diuretics, stimulants, water fasting, or excessive exercise. Most people with bulimia are at a normal weight. The forcing of vomiting may result in thickened skin on the knuckles and breakdown of the teeth. Bulimia is frequently associated with other mental disorders such as depression, anxiety, and problems with drugs or alcohol. There is also a higher risk of suicide and self-harm.

Aaron Temkin Beck is an American psychiatrist who is professor emeritus in the department of psychiatry at the University of Pennsylvania. He is regarded as the father of both cognitive therapy and cognitive behavioral therapy. His pioneering theories are widely used in the treatment of clinical depression and various anxiety disorders. Beck also developed self-report measures of depression and anxiety, notably the Beck Depression Inventory (BDI) which became one of the most widely used instruments for measuring depression severity. In 1994, he and his daughter, psychologist Judith S. Beck, founded the nonprofit Beck Institute for Cognitive Behavior Therapy providing CBT treatment, training, and research. Beck currently serves as President Emeritus of the organization.

A cognitive distortion is an exaggerated or irrational thought pattern involved in the onset or perpetuation of psychopathological states, such as depression and anxiety.

The Dodo bird verdict is a controversial topic in psychotherapy, referring to the claim that all empirically validated psychotherapies, regardless of their specific components, produce equivalent outcomes. It is named after the Dodo character in Alice in Wonderland. The conjecture was introduced by Saul Rosenzweig in 1936, drawing on imagery from Lewis Carroll's novel Alice's Adventures in Wonderland, but only came into prominence with the emergence of new research evidence in the 1970s.

Daniel David is a Romanian academic. He is "Aaron T. Beck" professor of Clinical Psychology and Psychotherapy at the Babeș-Bolyai University, Cluj-Napoca. He was the head of the Department of Clinical Psychology and Psychotherapy of the Babeş-Bolyai University between 2007 and 2012. Daniel David is also an adjunct professor at Icahn School of Medicine at Mount Sinai and is the head of the Research Program at Albert Ellis Institute in New York.

Interoceptive exposure is a cognitive behavioral therapy technique used in the treatment of panic disorder. It refers to carrying out exercises that bring about the physical sensations of a panic attack, such as hyperventilation and high muscle tension, and in the process removing the patient's conditioned response that the physical sensations will cause an attack to happen.

Gerhard Andersson is a Swedish psychologist, psychotherapist and Professor of clinical psychology at Linköping University. He was previously affiliated researcher at Karolinska Institutet. He was a co-recipient of the Nordic Medical Prize in 2014.

Cognitive behavioral therapy (CBT) is derived from both the cognitive and behavioral schools of psychology and focuses on the alteration of thoughts and actions with the goal of treating various disorders. The cognitive behavioral treatment of eating disorders emphasizes on the minimization of negative thoughts about body image and the act of eating, and attempts to alter negative and harmful behaviors that are involved in and perpetuate eating disorders. It also encourages the ability to tolerate negative thoughts and feelings as well as the ability to think about food and body perception in a multi-dimensional way. The emphasis is not only placed on altering cognition, but also on tangible practices like making goals and being rewarded for meeting those goals. CBT is a “time-limited and focused approach” which means that it is important for the patients of this type of therapy to have particular issues that they want to address when they begin treatment. CBT has also proven to be one of the most effective treatments for eating disorders. 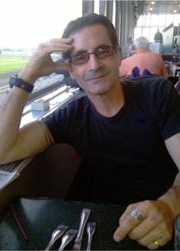 Mike Abrams is an American psychologist and co-author with Albert Ellis of several works on rational emotive behavior therapy (REBT) and cognitive behavioral therapy (CBT). He is best known for extending CBT to include principles of evolutionary psychology and collaborating with the founder of CBT Albert Ellis to develop many new applications to for these clinical modalities. His new clinical method which applies evolutionary psychology and behavioral genetics to CBT is called Informed Cognitive Therapy (ICT).

Metacognitive therapy (MCT) is a psychotherapy focused on modifying metacognitive beliefs that perpetuate states of worry, rumination and attention fixation. It was created by Adrian Wells based on an information processing model by Wells and Gerald Matthews. It is supported by scientific evidence from a large number of studies.

Homework in psychotherapy is sometimes assigned to patients as part of their treatment. In this context, homework assignments are introduced to practice skills taught in therapy, encourage patients to apply the skills they learned in therapy to real life situations, and to improve on specific problems encountered in treatment. For example, a patient with deficits in social skills may learn and rehearse proper social skills in one treatment session, then be asked to complete homework assignments before the next session that apply those newly learned skills. 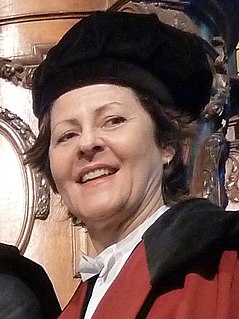 Michelle G. Craske is a Professor of Psychology, Psychiatry, and Behavioral Sciences, Miller Endowed Chair, Director of the Anxiety and Depression Research Center, and Associate Director of the Staglin Family Music Center for Behavioral and Brain Health at the University of California, Los Angeles. She is known for her research on anxiety disorders, including phobia and panic disorder, and the use of fear extinction through exposure therapy as treatment. Other research focuses on anxiety and depression in childhood and adolescence and the use of cognitive behavioral therapy as treatment. Craske served as the past president of the Association for Behavioral and Cognitive Therapy. She was a member of the DSM-IV work group on Anxiety Disorders and the DSM-5 work group on Anxiety, Obsessive Compulsive Spectrum, Posttraumatic, and Dissociative Disorders, while chairing the sub-work group on Anxiety Disorders. She is the editor-in-chief of Behaviour Research and Therapy.