The World Council for Psychotherapy is an NGO with consultative status at the Economic and Social Council of the United Nations. [1] It was founded in 1995, has its headquarters in Vienna, and holds a World Congress every three years with more than a thousand participants.

The main objectives of the association are the promotion of psychotherapy on all continents (based on the principles in the Strasbourg Declaration on Psychotherapy in 1990), to improve the conditions of patients, to cooperate with national and international organizations to improve crisis management and peacekeeping, and to unify world training standards. Members are both psychotherapists and organizations. President of the WCP is Alfred Pritz. [2]

The World Certificate for Psychotherapy (WCPC) is only awarded on the basis of recognized psychotherapy training and aims to encourage mobility within the profession. Each year, together with the city of Vienna, the Council awards the International Sigmund Freud Award for Psychotherapy.

The International Lesbian, Gay, Bisexual, Trans and Intersex Association is an international organization bringing together more than 1,300 LGBTI groups from around the world. It continues to be active in campaigning for LGBTI human rights on the international human rights and civil rights scene, and regularly petitions the United Nations and governments. They are represented in 140+ countries, and are accredited by the United Nations for NGO Ecosoc consultative status. 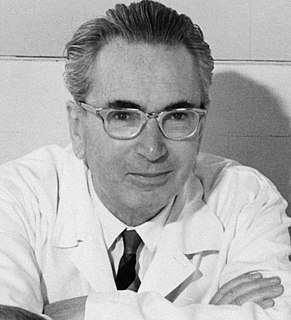 Nossrat Peseschkian lived in Germany since 1954. He was a specialist in neurology, psychiatry, psychotherapy and psychosomatic medicine. Peseschkian founded Positive Psychotherapy in 1968, based on a cross-cultural approach; he was also the founder of the Wiesbaden Academy of Psychotherapy (WIAP), a German-state-licensed, postgraduate institute of psychotherapy.

The Century of the Self is a 2002 British television documentary series by filmmaker Adam Curtis. It focuses on the work of psychoanalysts Sigmund Freud and Anna Freud, and PR consultant Edward Bernays. In episode one, Curtis says, "This series is about how those in power have used Freud's theories to try and control the dangerous crowd in an age of mass democracy."

The International Union of Basic and Clinical Pharmacology (IUPHAR) is a voluntary, non-profit association representing the interests of scientists in pharmacology-related fields to facilitate Better Medicines through Global Education and Research around the world.

The International Rehabilitation Council for Torture Victims (IRCT), is an independent, international health professional organization that promotes and supports the rehabilitation of torture victims and works for the prevention of torture worldwide. Based in Denmark, the IRCT is the umbrella organization for over160 independent torture rehabilitation organizations in 76 countries that treat and assist torture survivors and their families. They advocate for holistic rehabilitation for all victims of torture, which can include access to justice, reparations, and medical, psychological and psycho-social counseling. The IRCT does this through to strengthening the capacity of their membership, enabling an improved policy environment for torture victims, and generating and share knowledge on issues related to the rehabilitation of torture victims. Professionals at the IRCT rehabilitation centers and programs provide treatment for an estimated 100,000 survivors of torture every year. Victims receive multidisciplinary support including medical and psychological care and legal aid. The aim of the rehabilitation process is to empower torture survivors to resume as full a life as possible. In 1988, IRCT, along with founder Inge Genefke, was given the Right Livelihood Award "for helping those whose lives have been shattered by torture to regain their health and personality."

The International Alliance of Women is an international non-governmental organization that works to promote women's human rights around the world, focusing particularly on empowerment of women and development issues and more broadly on gender equality. The basic principle of the IAW is that the full and equal enjoyment of human rights is due to all women and girls. It is one of the oldest, largest and most influential organizations in its field. The organization was founded as International Woman Suffrage Alliance (IWSA) in 1904 in Berlin, Germany, by Marie Stritt, Millicent Fawcett, Carrie Chapman Catt, Susan B. Anthony and other leading feminists from around the world to campaign for women's suffrage. The IWSA was headquartered in London, and it was the preeminent international women's suffrage organization. Its emphasis has since shifted to a broad human rights focus. Today it represents over 50 organizations world-wide comprising several hundred thousand members, and has its seat in Geneva.

The NGO Committee on the Status of Women, New York (NGO/CSW/NY) is one of three women's committees of the Conference of NGOs in Consultative Relationship with the UN (CoNGO). Established in 1972, it provides an open forum for women's voices to be heard at the United Nations. The NGO/CSW/NY assists girls and women of all ages to advocate and organize for the implementation of global agreements, including the Nairobi Forward Looking Strategies, Beijing Platform for Action, UN Security Council Resolution 1325, the Millennium Development Goals and the Convention on the Elimination of All Forms of Discrimination against Women (CEDAW). The committee works in cooperation with the NGO Committees on the Status of Women in Geneva and Vienna.

The International Institute For Peace (IIP) was established to conduct research on peace and promote peaceful resolution to conflict. The organization was founded in Vienna, Austria in 1956. The IIP works worldwide with Economic and Social Council of the United Nations (ECOSOC) and United Nations Organization for Education, Science, Culture and Communication (UNESCO) to implement practices of peace.