Sensitivity training is a form of training with the goal of making people more aware of their own goals as well as their prejudices, and more sensitive to others and to the dynamics of group interaction.

Kurt Lewin laid the foundations for sensitivity training in a series of workshops he organised in 1946, using his field theory as the conceptual background. [1] His work then contributed to the founding of the National Training Laboratories in Bethel, Maine in 1947 – now part of the National Education Association – and to their development of training groups or T-groups.

Meanwhile, others had been influenced by the wartime need to help soldiers deal with traumatic stress disorders (then known as shell shock) to develop group therapy as a treatment technique. Carl Rogers in the fifties worked with what he called "small face-to-face groups – groups exhibiting industrial tensions, religious tensions, racial tensions, and therapy groups in which many personal tensions were present". [2] Along with others drawing on the ideas of the Human Potential Movement, he extended the group idea to broad population of 'normals' seeking personal growth, [3] which he called encounter groups, after the existential tradition of an authentic encounter between people. [4]

Other leaders in the development of encounter groups, including Will Schutz, worked at the Esalen Institute in Big Sur, California. Schutz himself stressed how "the terms 'T-group' (T for training) and 'sensitivity training group' are commonly used...synonymously with 'encounter group'". [5]

The focus of the sensitivity training group was on here-and-now interactions among the group members, and on their group experience; [6] and worked by following the energy of the emerging issues in the group, and dramatising them in verbal or non-verbal ways. [7] An atmosphere of openness and honesty was encouraged throughout; [8] and authenticity and self-actualization were prominent goals. [9]

The heyday of the encounter groups was the Sixties and Seventies: thereafter nonverbal interaction was increasingly discouraged, in favour of a more modest emphasis upon following group processes as they emerged. [10] The techniques of T-Groups and Encounter Groups have merged and divided and splintered into more specialized topics, arguably seeking to promote sensitivity to others perceived as different, and seemingly losing some of their original focus on self-exploration as a means to understanding and improving relations with others in a more general sense.[ citation needed ]

Another legacy of sensitivity training, prompted in part by controversy, has been a new rigour in research methods for the study of group work, and of its outcomes. [11]

Criticisms of modern sensitivity training have repeatedly surfaced over the decades.

Psychotherapy is the use of psychological methods, particularly when based on regular personal interaction, to help a person change behavior and overcome problems in desired ways. Psychotherapy aims to improve an individual's well-being and mental health, to resolve or mitigate troublesome behaviors, beliefs, compulsions, thoughts, or emotions, and to improve relationships and social skills. Certain psychotherapies are considered evidence-based for treating some diagnosed mental disorders. Others have been criticized as pseudoscience.

Group psychotherapy or group therapy is a form of psychotherapy in which one or more therapists treat a small group of clients together as a group. The term can legitimately refer to any form of psychotherapy when delivered in a group format, including Art therapy, cognitive behavioural therapy or interpersonal therapy, but it is usually applied to psychodynamic group therapy where the group context and group process is explicitly utilised as a mechanism of change by developing, exploring and examining interpersonal relationships within the group.

Hakomi Method is a form of mindfulness-centered somatic psychotherapy developed by Ron Kurtz in the 1970s.

A T-group or training group is a form of group training where participants learn about themselves through their interaction with each other. They use feedback, problem solving, and role play to gain insights into themselves, others, and groups.

Body psychotherapy, also called body-oriented psychotherapy, is an approach to psychotherapy which applies basic principles of somatic psychology. It originated in the work of Pierre Janet, Sigmund Freud and particularly Wilhelm Reich who developed it as vegetotherapy.

Mental health interventions for children vary with respect to the problem being addressed and to the age and other individual characteristics of the child. Although such interventions share some approaches, treatment methods can be quite different from each other.

Maintenance actions, historically referred to as socio-emotive actions, are those leadership actions taken by one or more members of a group to enhance the social relationships among group members. They tend to increase the overall effectiveness of the group and create a more positive atmosphere of interaction within the group. 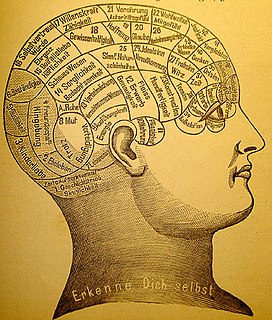 Although modern, scientific psychology is often dated at the 1879 opening of the first psychological clinic by Wilhelm Wundt, attempts to create methods for assessing and treating mental distress existed long before. The earliest recorded approaches were a combination of religious, magical and/or medical perspectives. Early examples of such psychological thinkers included Patañjali, Padmasambhava, Rhazes, Avicenna and Rumi.

The Palo Alto Mental Research Institute (MRI) is one of the founding institutions of brief and family therapy. Founded by Don D. Jackson and colleagues in 1958, MRI has been one of the leading sources of ideas in the area of interactional/systemic studies, psychotherapy, and family therapy.

Systems-centered therapy (SCT) is a particular form of group therapy based on the Theory of Living Human Systems developed by Yvonne Agazarian. The theory postulates that living human systems survive, develop, and transform from simple to complex through discriminating and integrating information. Corresponding to the small and rigorously defined set of concepts, SCT defines a set of methods, techniques and instruments. SCT practitioners use these with individuals, couples and groups to explore the experience of their differences and work with these to integrate them. Using the method of functional subgrouping, these living human systems increase their ability to see both sides of their issues and resolve them productively. The theory was first developed in Agazarian's 1997 book, Systems-Centered Therapy for Groups, and grew out of her earlier work in group psychotherapy under the influence of such figures as W. R. Bion and John Bowlby through the further input of the general systems theory of Ludwig von Bertalanffy.

Existential counselling is a philosophical form of counselling which addresses the situation of a person's life and situates the person firmly within the predictable challenges of the human condition.