Feminist therapy contends that women are in a disadvantaged position in the world due to sex, gender, sexuality, race, ethnicity, religion, age and other categories. [1] Feminist therapists argue that many problems that arise in therapy are due to disempowering social forces; thus the goal of therapy is to recognize these forces and empower the client. [1] In a feminist therapy setting the therapist and client work as equals. The therapist must demystify therapy from the beginning to show the client that she is her own rescuer, and the expectations, roles, and responsibilities of both client and therapist must be explored and equally agreed upon. [2] The therapist recognizes that with every symptom a client has, there is a strength. [3]

Feminist therapy grew out of concerns that established therapies were not helping women. Specific concerns of feminist therapists included gender bias and stereotyping in therapy; blaming victims of physical abuse and sexual abuse; and the assumption of a traditional nuclear family.

In 1977, scholar Susan Thomas argued that feminist therapy was "more [a] part of a social movement than [a] type of psychotherapy", and was so intimately tied to broader social and political feminism that its legitimacy as a therapeutic school was questionable. [12]

Psychiatrist Sally Satel of Yale University has been critical of feminist therapy since the late 1990s, characterizing it as promoting a paranoid conspiracy. [13] Satel argued in her 2000 book P.C. MD: How Political Correctness Is Corrupting Medicine that the very concept of feminist therapy is contrary to the methods and goals of psychotherapy, sometimes so far as to veer into potential malpractice. [14] Traditionally, notes Satel, the goal of therapy is to help the patient understand and alter unrealistic thinking and unhealthy behaviors to improve the patient's confidence, interpersonal skills, and quality of life. Traditional therapy, while rooted in well-tested methods, must also be flexible enough to adapt to each patient's unique experiences, personality and needs.

Unconditional positive regard, a concept developed by the humanistic psychologist Carl Rogers, is the basic acceptance and support of a person regardless of what the person says or does, especially in the context of client-centred therapy. Its founder, Carl Rogers, writes:

The central hypothesis of this approach can be briefly stated. It is that the individual has within him or her self vast resources for self-understanding, for altering her or his self-concept, attitudes, and self-directed behaviour—and that these resources can be tapped if only a definable climate of facilitative psychological attitudes can be provided.

The Dodo bird verdict is a controversial topic in psychotherapy, referring to the claim that all empirically validated psychotherapies, regardless of their specific components, produce equivalent outcomes. It is named after The Dodo character of Alice in Wonderland. The conjecture was introduced by Saul Rosenzweig in 1936, drawing on imagery from Lewis Carroll's novel Alice's Adventures in Wonderland, but only came into prominence with the emergence of new research evidence in the 1970s.

Play therapy is a method of meeting and responding to the mental health needs of children and is extensively acknowledged by experts as an effective and suitable intervention in dealing with children’s brain development. It is generally employed with children aged 3 years through 11 and provides a way for them to express their experiences and feelings through a natural, self-guided, self-healing process. As children's experiences and knowledge are often communicated through play, it becomes an important vehicle for them to know and accept themselves.

Sexual and Relationship Therapy is a peer-reviewed, scholarly journal offering a multidisciplinary forum for review and debate in the field of sex and relationship therapies. The journal presents original research and best practice and is a vehicle for new theory, methodology, and application. The focus of the journal is international and interdisciplinary in nature, with a range of contributions from diverse places on the globe, and myriad disciplines like sex therapy, sexual medicine, psychology, sexology, family therapy, public health, sociology, counselling, and medical ethics. It is the official journal of the College of Sexual and Relationship Therapists (COSRT). The journal was established in 1986 under the title Sexual and Marital Therapy, and under its current title since 2000. The Editor-in-Chief is Dr. Markie Twist.

Collaborative language systems is a therapeutic approach largely based in contemporary hermeneutics, the study of interpretation as a way to produce understanding, while considering both context and cognition, as well as social constructionism. This approach involves a reciprocal relationship between both the therapist and client, through which the client works through his or her clinical problems using dialogical conversation with the therapist. The therapist and client work together, utilizing their own, individual knowledge and understanding of the issues, to conceptualize and illuminate the client’s problems and provide new context, meaning and comprehension to those problems based on the collaboration.

Ellyn Kaschak, is an American clinical psychologist and one of the founders of the field of feminist psychology, which she has practiced and taught since 1972. Her many publications, including Engendered Lives: A New Psychology of Women's Experience, and Sight Unseen: Gender and Race through Blind Eyes, have helped define the field. She was the editor of the academic journal, Women & Therapy. for twenty years. 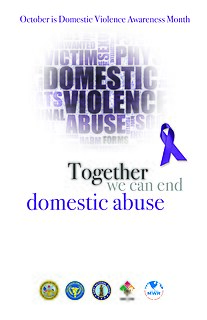