A gascolator, also known as a main line strainer, sediment bowl or fuel strainer, acts primarily as a fuel drain for water and small particles of sediment and is usually found at the lowest point of an aircraft's fuel system. The gascolator is located below the level of the aircraft's carburetor and fuel tanks and on light aircraft is commonly located on the front of the firewall, as low as possible. [1] [2]

There are two types of gascolators: those tapped for a primer port and those without. If equipped with a primer port the aircraft fuel primer will take its fuel supply from the gascolator, used for engine starting. [1]

Gascolators are susceptible to the effects of heat from the co-located engine and exhaust components, which can cause fuel vapourization in the gascolator and vapour lock problems. This usually manifests itself as a partial power loss in cruise flight. To combat this problem some installations use a gascolator heat shield or free air blast tubes to cool the gascolator. [1]

Some types of gascolators are equipped with a remote spring-loaded knob to drain them. [1] Writer Tony Bingelis says of this type:

A gascolator with a lazy man's quick drain (that is, one you can work standing up by merely pulling on a spring-loaded handle) has its shortcomings. It is generally a heavier unit than a simple gascolator and is also more expensive. It is not as effective either, because the pilot usually allows the fuel to drain on the ground. This is a slipshod way of checking for water in the system. [1] 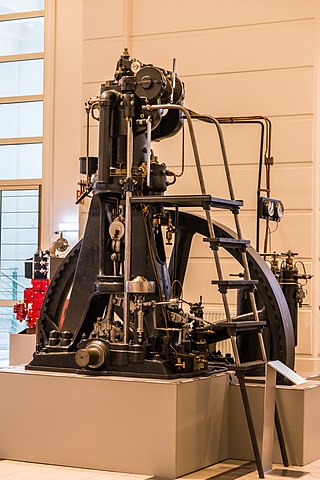 A carburetor is a device used by an internal combustion engine to control and mix air and fuel entering the engine. The primary method of adding fuel to the intake air is through the venturi tube in the main metering circuit, however various other components are also used to provide extra fuel or air in specific circumstances.

A fuel pump is a component in motor vehicles that transfers liquid from the fuel tank to the carburetor or fuel injector of the internal combustion engine. 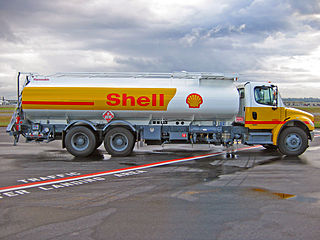 Aviation fuels are petroleum-based fuels, or petroleum and synthetic fuel blends, used to power aircraft. They have more stringent requirements than fuels used for ground use, such as heating and road transport, and contain additives to enhance or maintain properties important to fuel performance or handling. They are kerosene-based for gas turbine-powered aircraft. Piston-engined aircraft use leaded gasoline and those with diesel engines may use jet fuel (kerosene). By 2012, all aircraft operated by the U.S. Air Force had been certified to use a 50-50 blend of kerosene and synthetic fuel derived from coal or natural gas as a way of stabilizing the cost of fuel. 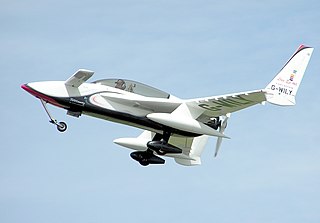 The Curtiss Robin, introduced in 1928, was a high-wing monoplane built by the Curtiss-Robertson Airplane Manufacturing Company. The J-1 version was flown by Wrongway Corrigan who crossed the Atlantic after being refused permission. 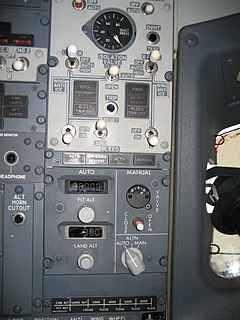 In aeronautics, an environmental control system (ECS) of an aircraft is an essential component which provides air supply, thermal control and cabin pressurization for the crew and passengers. Additional functions include the cooling of avionics, smoke detection, and fire suppression.

In internal combustion engines, water injection, also known as anti-detonant injection (ADI), can spray water into the incoming air or fuel-air mixture, or directly into the combustion chamber to cool certain parts of the induction system where "hot points" could produce premature ignition. In jet engines it increases engine thrust at low speeds and at takeoff.

On 26 June 1950, a Douglas DC-4 Skymaster aircraft departed from Perth, Western Australia for an eight-hour flight to Adelaide, South Australia. It crashed 22 minutes after take-off, 35 miles (56 km) east of Perth Airport. All 29 occupants were killed in the accident; one initially survived, but died six days later. It was the worst civil aviation accident in Australia. 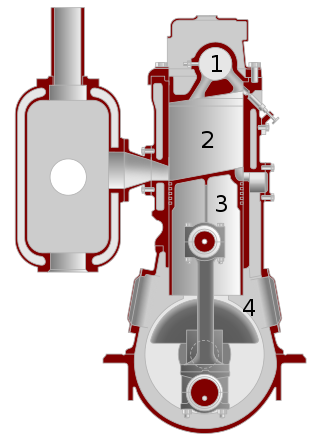 The Mercedes D.III, or F1466 as it was known internally, was a six-cylinder SOHC valvetrain liquid-cooled inline aircraft engine built by Daimler and used on a wide variety of German aircraft during World War I. The initial versions were introduced in 1914 at 160 hp, but a series of changes improved this to 170 hp in 1917, and 180 by mid-1918. These later models were used on almost all late-war German fighters, and its only real competition, the BMW III, was available only in very limited numbers. Compared to the Allied engines it faced, the D.III was generally outdated.

The Yanmar 2GM20 is a series of inboard marine diesel engine manufactured by the Japanese company Yanmar Co. Ltd. It is used in a wide range of sailboats and motorboats. The 2GM20 is out of production and has been superseded by the newer Yanmar 3YM20 series.

An aircraft fuel system allows the crew to pump, manage, and deliver aviation fuel to the propulsion system and auxiliary power unit (APU) of an aircraft. Fuel systems differ greatly due to different performance of the aircraft in which they are installed. A single-engine piston aircraft has a simple fuel system; a tanker, in addition to managing its own fuel, can also provide fuel to other aircraft. 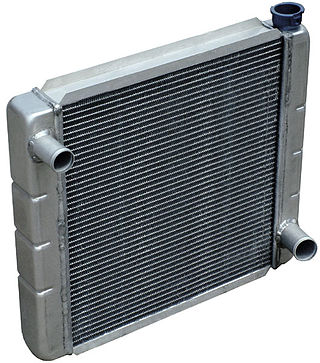 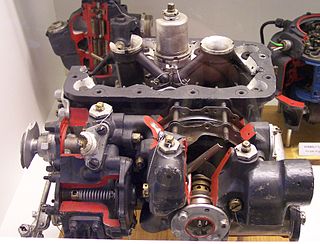 Of the three types of carburetors used on large, high-performance aircraft engines manufactured in the United States during World War II, the Bendix-Stromberg pressure carburetor was the one most commonly found. The other two carburetor types were manufactured by Chandler Groves and Chandler Evans Control Systems (CECO). Both of these types of carburetors had a relatively large number of internal parts, and in the case of the Holley Carburetor, there were complications in its "variable venturi" design. 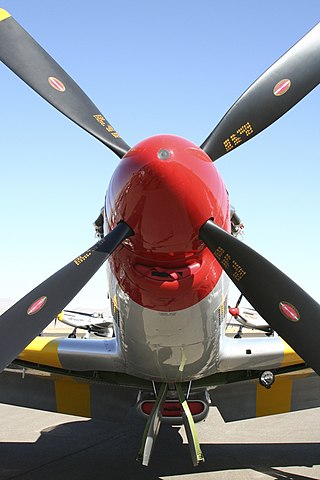 A spinner is an aircraft component, a streamlined fairing fitted over a propeller hub or at the centre of a turbofan engine. Spinners both make the aircraft overall more streamlined, thereby reducing aerodynamic drag, and also smooth the airflow so that it enters the air intakes more efficiently. Spinners also fulfill an aesthetic role on some aircraft designs.

The Stits SA-2A Sky Baby was a homebuilt aircraft designed for the challenge of claiming the title of "The World's Smallest".