This is a list of Japanese television dramas often called dorama (ドラマ) by fans.

The list is not complete, and aims to include all those Japanese television dramas that are somehow of interest for Wikipedia contents.

Jun Matsumoto, often called by the portmanteau nickname MatsuJun (松潤), is a Japanese actor, radio personality, model and singer. He is best known to Japanese television drama audiences for his portrayal as Dōmyōuji Tsukasa in the Hana Yori Dango series, in which he won GQ Japan's Man of the Year Award under the actor category for his work in the drama. 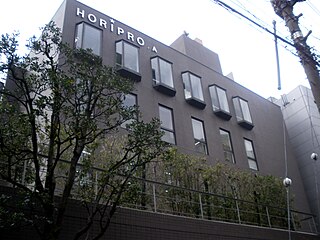 Food Fight was a Japanese television drama starring Tsuyoshi Kusanagi and Kyoko Fukada. It first aired in Japan from 1 July 2000 to 30 September 2000. Moderately successful, its average rating was 17.5% while its peak rating reached 21.5%. 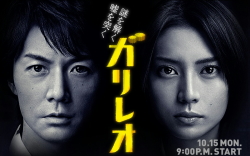 Galileo is a Japanese television drama based on the Detective Galileo novels by mystery writer Keigo Higashino. It narrates the events and cases encountered by Kaoru Utsumi, a rookie detective, and Manabu Yukawa, a university associate professor, as the two pair up to solve many mysterious cases. A special episode titled "Galileo Episode 0", set 3 years before the television series, aired on October 4, 2008, on the same day as the release of the film The Devotion of Suspect X.

Team Batista no Eikō is a Japanese mystery film and television show adapted from the best-selling novel of the same name by Takeru Kaidō. The story revolves around a hospital with a team of doctors known for their success with a type of heart surgery. After a series of failed operations that result in the patient's death, an internal investigation is initiated, led by a doctor named Taguchi and a brash government official. In the original novel the main character Taguchi, was a male doctor in his forties. However, for the film adaptation TBS suggested replacing the character with a young female resulting in Yūko Takeuchi being cast as in the role. For the TV show, Taguchi is a man, with Atsushi Itō playing the role.

Tenchijin (天地人) is a 2009 Japanese historical drama television series, and the 48th taiga drama of NHK. It aired every Sunday from January 4 to November 22, 2009, spanning 47 episodes. The drama centers on the life of 16th century samurai Naoe Kanetsugu, played by Satoshi Tsumabuki.

Ayano Fukuda is a Japanese tarento and impressionist who has appeared in a number of television programmes and feature films. Fukuda is represented with Amuse, Inc.