This is a list of cities in Uzbekistan. The names of many places have been changed during the 20th century, sometimes more than once. Wherever possible, the old names have been included and linked to the new ones.

List of ten cities, including the capital Tashkent, with the largest urban population in 2014. Uzbekistan is most populous country in Central Asia.

In this list population details are given as per local registered number of people. But by the number of people who live in city, Tashkent is the largest and the second largest after capital city is Bukhara (1,500,000), then the third largest is Samarkand (1,230,000). Tashkent, Bukhara and Samarkand are most civilized cities of Uzbekistan. People from the Central Asian countries and the Commonwealth countries come to these three cities for education, medical services, travel etc. With the point of regularization of urban life of Uzbekistan, the President Shavkat Mirziyoyev instructed to build modern cities with tall residential buildings in Tashkent and Bukhara. In the times of the first president of the Republic of Uzbekistan - Islam Karimov, it was totally stopped to build tall buildings and skyscrapers. So, most urbanized cities like Tashkent was enlarged derivatively. 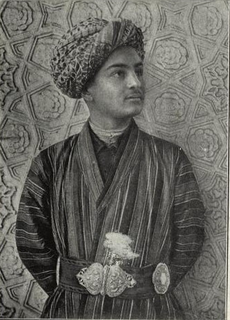 The Uzbeks are a Turkic ethnic group native to wider Central Asia, being the largest Turkic ethnic group in the area. They comprise the majority population of Uzbekistan but are also found as a minority group in: Afghanistan, Tajikistan, Kyrgyzstan, Kazakhstan, Turkmenistan, Russia, and China. Uzbek diaspora communities also exist in Turkey, Pakistan, Saudi Arabia, United States, Ukraine, and other countries.

Tashkent, or Toshkent, and also historically known as Chach, is the capital and largest city of Uzbekistan, as well as the most populous city in Central Asia, with a population in 2018 of 2,485,900. It is in northeastern Uzbekistan, near the border with Kazakhstan. 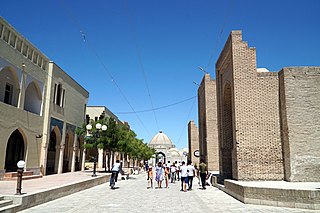 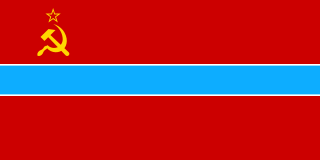 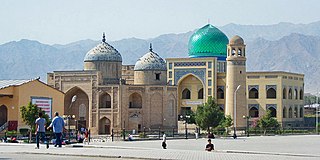 Khujand, sometimes spelled Khodjent and known as Leninabad from 1936 to 1991, is the second-largest city of Tajikistan and the capital of Tajikistan's northernmost Sughd province. 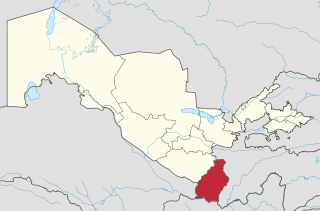 Surxondaryo Region, old spelling Surkhandarya Region is a viloyat (region) of Uzbekistan, located in the extreme south-east of the country. Established on March 6, 1941, it borders on Qashqadaryo Region internally, and Turkmenistan, Afghanistan and Tajikistan externally, going anticlockwise from the north. It takes its name from the river Surxondaryo, that flows through the region. It covers an area of 20,100 km². The population is estimated at 1,925,100, with 80% living in rural areas. According to official data, 83% of the population are Uzbeks and 1% Tajiks, but non-official statistics show Surxondaryo is a Persian-speaking area, because most Tajiks of Uzbekistan are concentrated in the Surxondaryo, Samarkand and Bukhara regions. The highest point of the Region and also of Uzbekistan is Khazrati Sulton peak reaching 4,643 m/15,233 ft in Gissar Range. 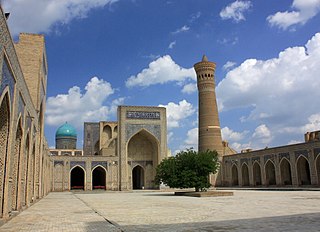 Po-i-Kalan or Poi Kalan, is an Islamic religious complex located in Bukhara, Uzbekistan. The complex consists of three parts, the Kalan Mosque, the Kalan Minaret to which the name refers to, and the Mir-i-Arab Madrasah. The positioning of the three structures creates a square courtyard in its center, with the Mir-i-Arab and the Kalan Mosque standing on opposite ends. In addition, the square is enclosed by a bazaar and a set of baths connected to the Minaret on the northern and southern ends respectively. The congregational mosque in the complex is one of the largest mosques in Central Asia behind the Bibi Khanum mosque located in Samarkand, Uzbekistan and the Great Mosque of Herat in Afghanistan.

Gʻijduvon is a town in the Bukhara Region of Uzbekistan and the capital of Gʻijduvon District (tuman). Its population in 1970 was 16,000.

In the post-Soviet era, the quality of Uzbekistan’s health care has declined. Between 1992 and 2003, spending on health care and the ratio of hospital beds to population both decreased by nearly 50 percent, and Russian emigration in that decade deprived the health system of many practitioners. In 2004 Uzbekistan had 53 hospital beds per 10,000 population. Basic medical supplies such as disposable needles, anesthetics, and antibiotics are in very short supply. Although all citizens nominally are entitled to free health care, in the post-Soviet era bribery has become a common way to bypass the slow and limited service of the state system. In the early 2000s, policy has focused on improving primary health care facilities and cutting the cost of inpatient facilities. The state budget for 2006 allotted 11.1 percent to health expenditures, compared with 10.9 percent in 2005.

The Tashkent to Samarkand high-speed rail line is a 344-kilometre (214 mi) high-speed rail connection between Tashkent and Samarkand, the two largest Uzbekistan cities. The route passes through four regions: Tashkent, Sirdaryo, Jizzakh and Samarqand in Uzbekistan. Trains operate seven days a week under the brand Afrosiyob. A 141 km long extension to Qarshi started operation on August 22, 2015, though at lower speed of 160 km/h. An extension to Bukhara on the Talgo 250 ran for the first time on August 25, 2016 — marking the completion of a project to modernise the 256 km route from Samarkand. Travel from Tashkent to Bukhara, a distance of 600 km, will now take 3 hours and 20 minutes instead of 7 hours.

The following is a timeline of the history of the city of Tashkent, Uzbekistan.

The architecture of Uzbekistan is noted for its originality. Many consider Uzbekistan’s architecture to be notable despite the changing economic conditions, technological advances, demographic fluctuations, and cultural shifts that the country has experienced.