Last updated November 29, 2019
Not to be confused with Lord High Steward.

The Lord Steward or Lord Steward of the Household, in England, is an important official of the Royal Household. He is always a peer. Until 1924, he was always a member of the Government.[ citation needed ] Until 1782, the office was one of considerable political importance and carried Cabinet rank.

The Lord Steward receives his appointment from the Sovereign in person and bears a white staff as the emblem and warrant of his authority. He is the first dignitary of the court. In the House of Lords Precedence Act 1539, an Act of Parliament for placing of the lords, he is described as the grand master or lord steward of the king's most honourable household. [1] He presided at the Board of Green Cloth, until the Board of Green Cloth disappeared in the reform of local government licensing in 2004, brought about by the Licensing Act 2003 (section 195). In his department are the Treasurer of the Household and Comptroller of the Household, who rank next to him. These officials were usually peers or the sons of peers and Privy Councillors. They also sat at the Board of Green Cloth, carry white staves, and belong to the ministry. The offices are now held by Government whips in the House of Commons. The duties which in theory belong to the Lord Steward, Treasurer and Comptroller of the Household are in practice performed by the Master of the Household, who is a permanent officer and resides in the palace. However, by the Coroners Act 1988, the Lord Steward still appoints the Coroner of the Queen's Household. [2]

The Master of the Household is a white-staff officer and was a member of the Board of Green Cloth but not of the ministry, and among other things he presided at the daily dinners of the suite in waiting on the sovereign. He is not named in the Black Book of Edward IV or in the Statutes of Henry VIII and is entered as master of the household and clerk of the green cloth in the Household Book of Queen Elizabeth. But he has superseded the lord steward of the household, as the lord steward of the household at one time superseded the Lord High Steward of England.

In the Lord Steward's department were the officials of the Board of Green Cloth, the Coroner ("coroner of the verge", although now abolished, but it has yet to take place), and Paymaster of the Household, and the officers of the Royal Almonry. Other offices in the department were those of the Cofferer of the Household, the Treasurer of the Chamber, and the Paymaster of Pensions, but these, with six clerks of the Board of Green Cloth, were abolished in 1782.

The Lord Steward had formerly three courts besides the Board of Green Cloth under him—the Lord Steward's Court, superseded in 1541 by the Marshalsea Court, and the Palace Court.

The Lord Steward or his deputies formerly administered the oaths to the members of the House of Commons. In certain cases (messages from the sovereign under the sign-manual) the lords with white staves are the proper persons to bear communications between the Sovereign and the Houses of Parliament. 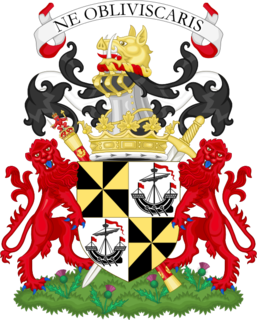 Duke of Argyll is a title, created in the Peerage of Scotland in 1701 and in the Peerage of the United Kingdom in 1892. The Earls, Marquesses, and Dukes of Argyll were for several centuries among the most powerful noble families in Scotland. As such, they played a major role in Scottish history throughout the 16th, 17th, and 18th centuries. The Duke of Argyll also holds the hereditary titles of chief of Clan Campbell and Master of the Household of Scotland. 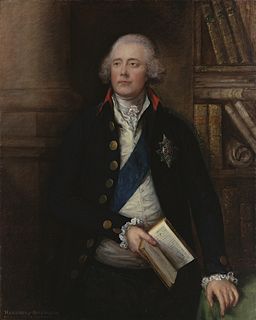 The Treasurer of the Household is a member of the Royal Household of the Sovereign of the United Kingdom. The position is usually held by one of the government deputy Chief Whips in the House of Commons. The Treasurer was a member of the Board of Green Cloth, until the Board of Green Cloth disappeared in the reform of local government licensing in 2004, brought about by the Licensing Act 2003.

In English law, the justices in eyre were the highest magistrates in medieval forest law, and presided over the court of justice-seat, a triennial court held to punish offenders against the forest law and enquire into the state of the forest and its officers. 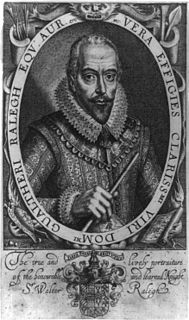 The Lord Warden of the Stannaries used to exercise judicial and military functions in Cornwall, England, in the United Kingdom, and is still the official who, upon the commission of the monarch or Duke of Cornwall for the time being, has the function of calling a stannary parliament of tinners. The last stannary parliament convened by a Lord Warden of the Stannaries sat in 1753.

George William Campbell, 6th Duke of Argyll GCH, PC, styled Earl of Campbell from 1768 to 1770 and Marquess of Lorne from 1770 to 1806, was a Scottish Whig politician and nobleman.

Extraordinary Lords of Session were lay members of the Court of Session in Scotland from 1532 to 1762, and were part of the historical judiciary of Scotland.

The Highland Society of London is a charity registered in England and Wales, with "the view of establishing and supporting schools in the Highlands and in the Northern parts of Great Britain, for relieving distressed Highlanders at a distance from their native homes, for preserving the antiquities and rescuing from oblivion the valuable remains of Celtic literature, and for promoting the improvement and general welfare of the Northern parts of Great Britain".

This is a list of the principal holders of government office during the premiership of the Earl of Shelburne between July 1782 and April 1783.