Meihekou (Chinese :梅河口; pinyin :Méihékǒu; lit. 'Plum River Mouth') is a city of 600,000 in Jilin province, People's Republic of China. It is a regional transport hub, connecting three railway lines, all of which are single track, and 2 national highways. The city is also a major lorry transshipment point in the region as it is also the junction of two trunk roads, connected to Liaoyuan in the northwest. The city is administratively a county-level city of the prefecture-level city of Tonghua, and is its northernmost county-level division.

Meihekou is located in southwestern Jilin province at latitudes 42° 08' to 43° 02' N and longitudes 125° 15' to 126° 03' E, stretching 97 kilometres (60 mi) north−south and 35 kilometres (22 mi) west−east. It is situated in the western foothills of the Changbai Mountains and on the upper reaches of the Huifa River (辉发河). Bordering county-level divisions are Huinan County to the east, Liuhe County to the south and southeast, Qingyuan Manchu Autonomous County (Liaoning) to the southwest, Dongfeng County to the west and northwest.

Jiutai is one of seven districts of the prefecture-level city of Changchun, the capital of Jilin Province, Northeast China. The district is surrounded by agricultural areas and is located around 50 kilometres (31 mi) northeast of downtown Changchun. Coal mining also is present in Jiutai. It borders Dehui to the north, Erdao District to the southwest, Kuancheng District to the west, as well as the prefecture-level city of Jilin to the south and east. 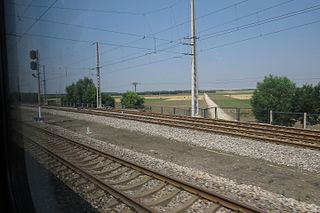