is a set of simplices that satisfies the following conditions:

1. Every face of a simplex from

.
2. The non-empty intersection of any two simplices

is a face of both

equals k. For instance, a simplicial 2-complex must contain at least one triangle, and must not contain any tetrahedra or higher-dimensional simplices.

A pure or homogeneous simplicial k-complex

A facet is any simplex in a complex that is not a face of any larger simplex. (Note the difference from a "face" of a simplex). A pure simplicial complex can be thought of as a complex where all facets have the same dimension.

Sometimes the term face is used to refer to a simplex of a complex, not to be confused with a face of a simplex.

For a simplicial complex embedded in a k-dimensional space, the k-faces are sometimes referred to as its cells. The term cell is sometimes used in a broader sense to denote a set homeomorphic to a simplex, leading to the definition of cell complex.

The underlying space, sometimes called the carrier of a simplicial complex is the union of its simplices.

Let K be a simplicial complex and let S be a collection of simplices in K.

The closure of S (denoted Cl S) is the smallest simplicial subcomplex of K that contains each simplex in S. Cl S is obtained by repeatedly adding to S each face of every simplex in S.

The star of S (denoted St S) is the union of the stars of each simplex in S. For a single simplex s, the star of s is the set of simplices having s as a face. (Note that the star of S is generally not a simplicial complex itself).

The link of S (denoted Lk S) equals Cl St S − St Cl S. It is the closed star of S minus the stars of all faces of S.

Combinatorialists often study the f-vector of a simplicial d-complex Δ, which is the integer sequence

, where fi is the number of (i−1)-dimensional faces of Δ (by convention, f0 = 1 unless Δ is the empty complex). For instance, if Δ is the boundary of the octahedron, then its f-vector is (1, 6, 12, 8), and if Δ is the first simplicial complex pictured above, its f-vector is (1, 18, 23, 8, 1). A complete characterization of the possible f-vectors of simplicial complexes is given by the Kruskal–Katona theorem.

By using the f-vector of a simplicial d-complex Δ as coefficients of a polynomial (written in decreasing order of exponents), we obtain the f-polynomial of Δ. In our two examples above, the f-polynomials would be

and the h-vector of Δ is

We calculate the h-vector of the octahedron boundary (our first example) as follows:

So the h-vector of the boundary of the octahedron is (1, 3, 3, 1). It is not an accident this h-vector is symmetric. In fact, this happens whenever Δ is the boundary of a simplicial polytope (these are the Dehn–Sommerville equations). In general, however, the h-vector of a simplicial complex is not even necessarily positive. For instance, if we take Δ to be the 2-complex given by two triangles intersecting only at a common vertex, the resulting h-vector is (1, 3, −2).

A complete characterization of all simplicial polytope h-vectors is given by the celebrated g-theorem of Stanley, Billera, and Lee.

Simplicial complexes can be seen to have the same geometric structure as the contact graph of a sphere packing (a graph where vertices are the centers of spheres and edges exist if the corresponding packing elements touch each other) and as such can be used to determine the combinatorics of sphere packings, such as the number of touching pairs (1-simplices), touching triplets (2-simplices), and touching quadruples (3-simplices) in a sphere packing. 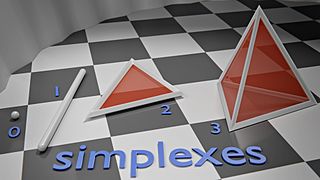 In mathematics, a building is a combinatorial and geometric structure which simultaneously generalizes certain aspects of flag manifolds, finite projective planes, and Riemannian symmetric spaces. They were initially introduced by Jacques Tits as a means to understand the structure of exceptional groups of Lie type. The more specialized theory of Bruhat–Tits buildings plays a role in the study of p-adic Lie groups analogous to that of the theory of symmetric spaces in the theory of Lie groups. 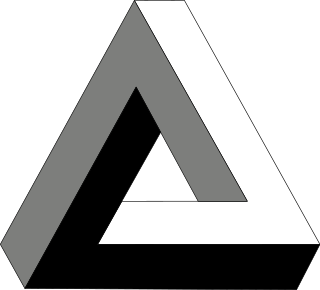 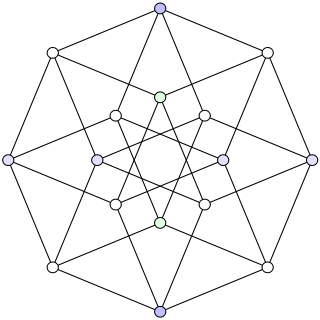 In algebraic topology, a discipline within mathematics, the acyclic models theorem can be used to show that two homology theories are isomorphic. The theorem was developed by topologists Samuel Eilenberg and Saunders MacLane. They discovered that, when topologists were writing proofs to establish equivalence of various homology theories, there were numerous similarities in the processes. Eilenberg and MacLane then discovered the theorem to generalize this process.

In mathematics, a Δ-setS, often called a semi-simplicial set, is a combinatorial object that is useful in the construction and triangulation of topological spaces, and also in the computation of related algebraic invariants of such spaces. A Δ-set is somewhat more general than a simplicial complex, yet not quite as general as a simplicial set.

In mathematics, a pseudomanifold is a special type of topological space. It looks like a manifold at most of its points, but it may contain singularities. For example, the cone of solutions of forms a pseudomanifold.

In mathematics, a shelling of a simplicial complex is a way of gluing it together from its maximal simplices in a well-behaved way. A complex admitting a shelling is called shellable.